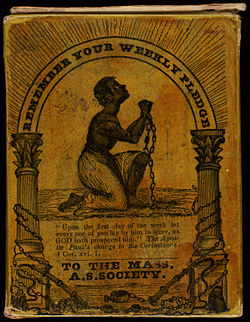 Since its establishment, residents of Ipswich, Massachusetts played an instrumental role in eradicating the practice of human bondage, while campaigning rigorously to abolish slavery. In celebrating the 150th anniversary of the Emancipation Proclamation, along with Black History Month, it seems fitting to pay historical tribute to several men and women who once lived in the Ipswich community.
Two men from Ipswich helped plant the seed of anti-slavery. Nathaniel Ward initially set the precedent in his 1641 legal treatise entitled The Body of Liberties. In this first code of laws established in Massachusetts, Article 91 states that “there shall never be any bond slavery, villeinage, or captivity among us unless it be lawful captives taken in just wars.” Sharing Ward’s sentiment, Richard Saltonstall, founder of Ipswich and a magistrate of the courts, contested against the Captain of the “Rainbow,” who kidnapped two slaves from the New Guinea Coast in 1645. He denounced the act as "expressly contrary to the law of God and the law of the country." The guilty men were jailed for the "heinous crime of man-stealing," and Saltonstall mandated that both kidnapped men were to be sent home at the expense of the Commonwealth.

During the colonial period, many local slaves initiated the emancipation process by suing their masters for freedom. The victory of an Ipswich slave over her master became a potent example for future cases in the legal forum. In 1766, Jenny Slew successfully won her freedom after bringing her master, John Whipple, Jr., to the Superior Court of Judicature. A jury ruled four pounds in damages (issued 4 Dec. 1766, Records of the Superior Court of Judicature (Vol. 1766-7), page 175).
John Quincy Adams witnessed the Slew vs. Whipple trial, recording this entry in his diary on November 5, 1766: “Attended Court: heard the trial of an action called trespass… This is called suing for liberty; the first action that I ever knew of the sort, though I have heard of many.” While observing these trials, Adams wondered how a man set free is really free, if he is left in poverty with no foundation or blueprint to invent a new life. In a letter to Jonathan Sewall dated February 1760, he asks the Commonwealth, “Can he recover his legacy and how?”
Ipswich’s old families held significant positions within notable anti-slavery groups. The New England Anti-Slavery Convention assembled at Boylston Hall on May 27, 1834. William Oakes, Esq., Ipswich’s famous botanist, was appointed vice president, and the Rev. David Kimball, Pastor of the First Church, was named an officer. In 1839, James Appleton, a renowned public and political figure from Ipswich, became vice president of the Anti-American Slavery Society organized by famed abolitionist William Lloyd Garrison of Newburyport.

New England business men witnessed the increasing atrocities of slavery and corruption as the power struggle festered between the South and the North. One case in particular involving the capture of fugitive slave Anthony Burns helped turn the tides for many unionists. An attempt to rescue him turned into a blood bath at the court house, and Burns was transported back to Virginia to his owner. The notion that the government would honor this assault on liberty infuriated many. Amos Adams Lawrence, owner of Ipswich mills, recalled his anguish at this incident: “I went to bed an old fashioned, conservative,” he wrote, and woke up “a stark mad Abolitionist.” Afterward, Lawrence gathered the support of many prominent New England men to finance the anti-slavery movement, helping to make Kansas a free state.
As the movement gathered strength, locals opened up their hearts and homes to create a league of freedom advocates and reformers. The Old Parsonage house on North Main Street, owned by the Manning family, offered a hidden tunnel door where slaves could be secretly transported to freedom via cargo ships to Nova Scotia. The vestry at the Ipswich Methodist Church held anti-slavery meetings, as recorded in 1838 by Edwin Thompson, agent of the Essex County Abolition Society.

Not to be outdone by the men, the women of Ipswich were equally active in the struggle to end slavery. The Ipswich Female Anti-Slavery Society met at the home of Jazeb Farley. At the Ipswich Female Seminary, John Phelps Cowles and Eunice Caldwell Cowles openly expressed their antislavery sentiments, and pamphlets were circulated freely on school grounds. Mary Abigail Dodge, a teacher at the school, published her poetry in the National Era, an anti-slavery magazine. 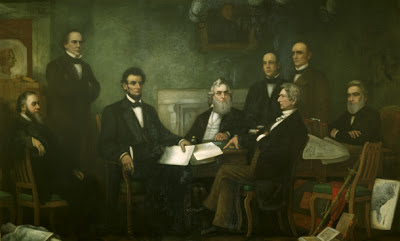 George Russell compiled a scrapbook of anti-slavery poetry he collectedfrom the Massachusetts Abolitionist during 1839 and 1840. Much of this poetry was authored by such noteworthy and popular poets as Elizabeth Margaret Chandler, Eliza Lee Follen, Lydia Sigourney, and John G. Whittier. The editors of the Massachusetts Abolitionist clearly hoped that the poetry might convince readers to acknowledge not only the horrors of slavery, but also the justness of political abolitionism (Holly M. Kent from Abolitionist Literature). 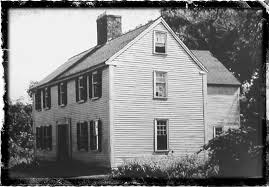 The final stop on our Ipswich anti-slavery tour is 16 Elm Street, home of Josiah and Lucy Caldwell. Josiah was Representative to the General Court, Selectmen, and Principal of Grammar Schools. He was also the first president of the Ipswich Anti-Slavery Society. Likewise, Lucy held meetings for the women’s counterpart organization and helped to produce anti-slavery materials. This warm, vibrant home became a pivotal influence in the community. The meetings featured lecturers, parlor games, and lots of jubilant singing.
Josiah and Lucy were spirited and generous people. Both fond of music and dance, Josiah, a “rich bass,” had a “remarkable voice of compass and power.” He composed a beautiful song, “Ode to Peace,” performed by the Handel Society. The Caldwells’ daughter, Mrs. Margaret Whipple remembered the “house was always open to many lecturers who came to Ipswich. I well remember Walker with the hand branded S. S. (Slave Stealer) for his efforts freeing slaves; and Torrey, who died a martyr to the cause in a southern prison, spending nights in this hospitable home.”

Ipswich residents should be proud of their ancestors and the former residents who served a higher cause. In the words of Josiah Caldwell, “God’s mercy reached our land. Peace came to heal the bleeding wound. Dispensing blessings wide around with an unsparing hand.”
Ipswich Historical Society
Ipswich Visitor Center
Women Organized Against Slavery, 1688-1870 Part One
Gordon Harris Historic Ipswich
Ipswich in the Massachusetts Bay Colony Thomas Franklin Waters, Sarah Goodhue, John Wise. Ipswich Historical Society
The Westminster Review, Volume 84
The Origin of the Maine Law and of Prohibitory Legislation with a brief memoir of James Appleton
Women During the Civil War: An Encyclopedia by Judith E. Harper
Proceedings of the New-England Anti-Slavery Convention held in Boston on the 27th, 28th and 29th of May, 1834
One House, Many Stories by Robert Freedman
The Underground Railroads in Massachusetts by Wilbur H. Siebert
History of Essex County, Massachusetts with biographical sketches of many of its pioneers and prominent men (Volume 1) by Duane Hamilton
Legal Papers of John Adams, Volume 2
For the Press National Museum of American History
History of the Caldwell Family: John Caldwell and Sarah Dillingham Caldwell, his wife, Ipswich, Mass. 1654 [Genealogical records of their descendants, eight generations, 1654-1900 (1904)]
Posted by Melissa Davenport Berry at 7:49 AM