Mariner Man Poses as Preacher: Sex Scandal in the Port 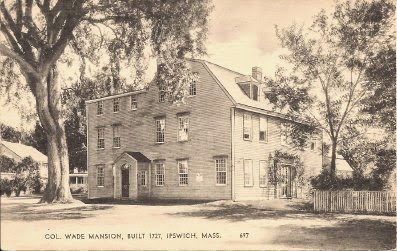 Colonel Wade's house in Ipswich, courtesy of the Ipswich Museum.

In the spring of 1823 the Port became the center of a notorious sex scandal. Some of the most prominent men came forward to defend the honor of their pious lady lambs against a philandering preacher knee deep in the dirt.

The case of the Commonwealth vs. Michael Doak Dennis took place in late March and sent shock waves through the community. As the trial unfolded it attracted attention from all of New England. Even the Farmers Almanac released briefings on the court drama.
Mrs. Lydia Randall, the victim in the case was “a respectable married woman” known for her great charities. An unfortunate turn of events caused her to seek relief from “Father” Dennis.  Her poor husband was placed in the County House of Ipswich because he went insane. During Christmas season she became melancholy and Dennis offered her a ride in his warm chaise to see her husband.
Mrs. R accepted the invitation, but would end up in a most compromising position. Dennis got frisky from too much whiskey and Mrs. R charged him with “lewd and lascivious language” and “wanton and indecent conduct.”
According to the reports Dennis was “bred as a mariner” and spent most of his career “on board as a man of war,” but got an itch to try his hand at preaching the gospel. He must have had the magic touch for his flock flooded with followers, most of them married women.
Before Dennis was indicted many “good and wise people” thought he was an “instrument of the Lord’s hand” and gave a heads up to work his new godly unit. His marriage to Sally Woodwell gave him special favor as well. His in-laws were well known in the Port.
Gideon Woodwell, JR owned a ship yard in town with Enoch Hale. He served in the navy during the Revolution and was noted for his brave role in the capture of British ship Friends at Plum Island.  During the War of 1812 he served as a ship carpenter upon board the Constitution which he also helped to build in 1797. Gideon’s wife Sarah Bray was equally matched with her sturdy good stock.
The strong connections however went limp and Dennis was put in the dog house.  When the court approved for a committees to investigate the incident it was upon the request of Dennis. However Woodwell knew his son-in-law was guilty and made sure the fine daughters of the town stayed above water.
The list of men would have been on familiar terms with the family---were Davenport, Currier, Nelson, Morse, Foster, and Col Wade, Keeper of the House of Corrections. Although Mrs. R was the only one pressing firm legal recourse, the men knew of other women who had been sniffed out by Dennis and according to Newburport Herald Dennis was using his new position to woo.
During the hearings Wade affirmed he dined with the pair on the night of the incident. He corroborated with Mrs. R. testifying that when Dennis finished his meal he slipped out to get a quick trim of the whisker, but returned several hours later “all liquored up.”
Mrs. R. stated that the intoxicated Dennis approached her bent over and shouted: “You trollop I have a good mind to knock you down.” When she asked him why he told her she was a prude for not offering even a kiss. He slithered back to his seat and drank a few more hours.
Dennis came to her later and “with much familiarity” said he was ready for nap. He realized his advances were going no where and made ready to bring her back home.
During the ride back Mrs. R told the court that Dennis seemed to have stiffened with silence perhaps due to the cold, but his lusty loins regrouped when they passed through Rowley. He forced a kiss on her while touching her bosom and stroked her muffs hoping to gain entry. When she pushed him away his paws sought out her thighs, but she would not submit and proceeded to lecture him on his “unbecoming conduct not proper for a man of his profession.”
Dennis knew Mrs. R would blow the whistle and his glory days of preaching to the pretty Port gals were numbered. He did not deny the charges, but “wished he could remember them.” he told the committee that “if Mrs. R said it happened than it must have as she was a pious lady.”
According to Salem Gazette Judge Williams appeared soft on Dennis at the start of the hearings when he asked him if he was only guilty of intoxication, but Dennis lowered his head and told him “I am afraid not.” What sealed his fate and left no doubts in the minds of the jury were the examinations brought in by the committee members. The rest of the flock admitted that Dennis often favored the flesh over the spirit.
The jury returned a quick verdict and Dennis was sentenced to three months imprisonment. His attorney appealed arguing that “a moderate fine should be sufficient to satisfy public justice,” but Judge Williams concurred with the counter appeal: “it is upon absolutely necessity to exemplary punishment by imprisonment as it would ensure the safety of the pious women.” No doubt the judge wanted to make Dennis an example. Dennis surrendered and exclaimed “the Lord hath done this!” He would have to lie in the bed he made and his “sheep” thrills were all for “mutton.” 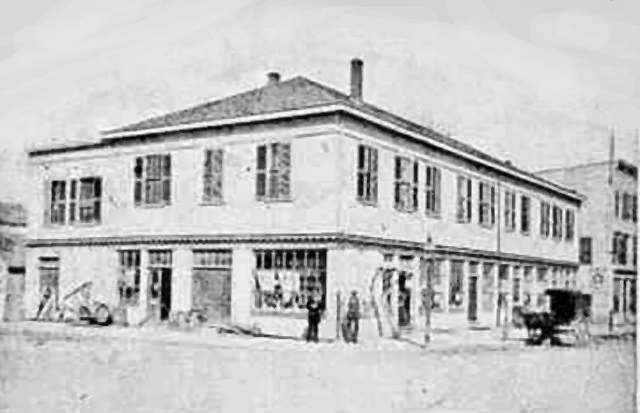 Stories From Ipswich and the North Shore Thomas Franklin Waters wrote about the old court building: "Our survey cannot be completed without a glimpse at the small grass plot, in front of the Methodist Meeting House. Here the first Town-house was built... It was replaced by a new building, erected at the joint expense of Town and County, in 1793-94, a much more pretentious structure with a high belfry or steeple. It stood with its rear end close to the high ledge, which has been blasted to its present level, but which was originally as high as the eaves of the building itself. Thus, in close proximity to prison, stocks and whipping post, the Courts held their stately sessions from 1704 to 1854, when they ceased their sittings, and the house was sold and removed to the corner near the railroad station. It was utilized by Mr. James Damon for a hall and stores, and was totally destroyed by fire, April 14, 1894."

Posted by Melissa Davenport Berry at 7:50 AM