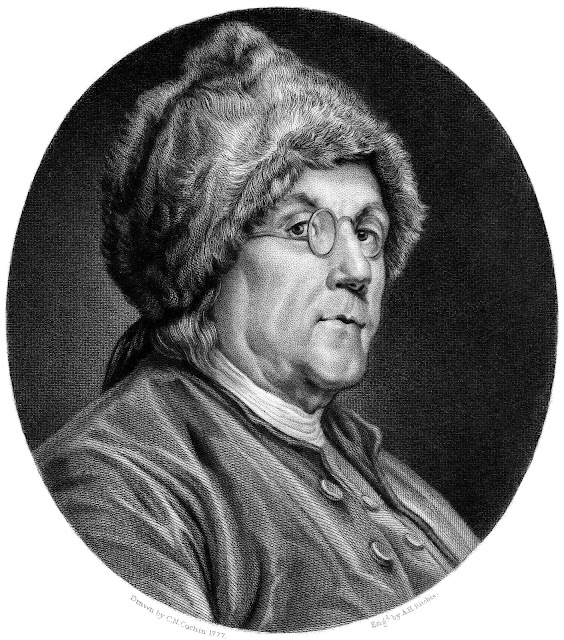 Benjamin Franklin’s Philadelphia printing shop made plaster molds from pressed sage leaves to create metal stamps for marking foliage patterns on Colonial currency. The distinctive contours of leaf spines, stems and veins were meant to thwart counterfeiters, and Franklin’s workers managed to keep the casting technique a secret that has puzzled modern scholars, too.

James N. Green, the librarian at the Library Company of Philadelphia (founded by Franklin in 1731), had wondered for the last two decades if any of Franklin’s actual metal leaf-printing blocks for the bills survived. He had concluded that if one of these castings ever did emerge, it would be “a really sensational discovery,” he said in an interview last month.

Such a discovery has been made in a vault at the Delaware County Institute of Science in Media, Pa. Jessica Linker, a historian who is studying early female botanists, recognized the sage leaf patterns on one of Franklin’s metal blocks when the institute staff opened the box it was stored in. The block is now on loan to the Library Company, which is planning to exhibit it with related printing equipment and currency. Its three parallel sage leaves match images on Franklin’s 1760s shilling notes for Delaware’s government; the bills bear the slogan “To Counterfeit is DEATH.”

Hardly any early American metal printing blocks survive; most were melted down into raw material for new type. Fragments dating to the 1600s have been excavated at Harvard Yard, and early-19th-century metal letters surfaced at the construction site for the Museum of the American Revolution in Philadelphia. Colonial shillings on paper, however, are relatively common. They bring a few hundred dollars each at auction, as do antique counterfeits. Artifacts from America’s centuries of battles against currency forgers have become popular museum displays as well.
Mark Tomasko, a collector and historian who has collaborated with institutions including the Museum of American Finance and the American Numismatic Society on related shows, said that fake bank notes and the tools used to create and detect them were “a constant interest.”
He has sought out material related to the American inventor Jacob Perkins; in the 1790s, Perkins developed steel plates for printing currency that were considered nearly impossible to fake. Perkins’s engraving plant has been restored in Newburyport, Mass., and the Historical Society of Old Newbury is developing exhibitions there that are scheduled to open in 2016.

ART TO GET A GRIP ON
Buyers have been paying tens of thousands of dollars for hardware pieces as ordinary as drawer pulls and doorknobs designed by celebrated architects and artisans. 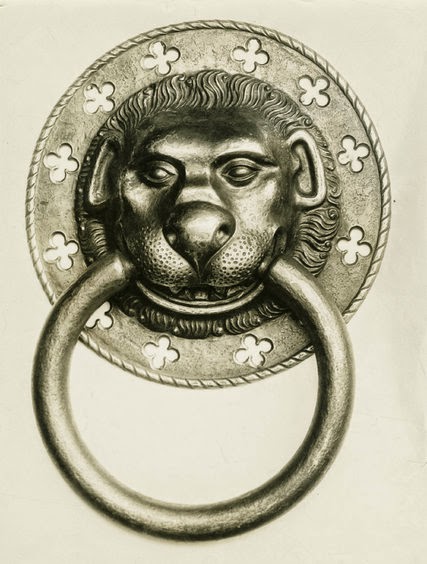 A Samuel Yellin door pull, 1915. Credit Samuel Yellin Metalworkers
The prices are relatively low, however, when compared with furniture from the same tastemakers. Rateau’s metal lamps and chairs routinely bring over $2 million each. Aalto’s signature birch cantilevered chairs have sold for more than $45,000 each at auctions.

Buying hardware gives collectors a chance to touch and use the products of a major figure, rather than just hang them on a wall, Richard Wright, a Chicago auction house owner, said in an interview. “You interact with them,” he said. “It is a miniature expression of the architecture.”

Committed buyers sometimes actually adapt entire interior designs to fit these accessories, Peter Loughrey, an owner of Los Angeles Modern Auctions, said. Given the potential challenges and expense of installation, he added, “We tend to be a little more conservative when we estimate these types of things.”

In October, at a Wright sale, a set of 1950s brass hardware in the form of starbursts, by the Manhattan designer Tommi Parzinger, sold for $3,250 to the architect David M. Sullivan. He is incorporating the knobs and plates into doors and cabinetry for his clients. He finds that the sculptural metal adds a sense of history and soulfulness to rooms. “It just gives this other dimension,” he said.

An especially enthusiastic subgroup of fans simply frame hardware for display or keep it loose for easy handling, rather than mounting anything on house parts or furniture, said Allen Joslyn, the president of the Antique Doorknob Collectors of America. He is particularly interested in swirled designs that the architect Louis Sullivan had made for early office towers like the Guaranty building in Buffalo and the Chicago Stock Exchange. At Mr. Joslyn’s home in New Jersey, hardware has accumulated, even atop the furniture. “When you want to sit down,” he said, “you have to clear the doorknobs first.”

Academic studies of early-1900s luxury hardware are also underway, as parts of books and exhibitions about the Philadelphia metalsmith Samuel Yellin that the Leeds Art Foundation in Philadelphia (formerly the American Decorative Art 1900 Foundation) is developing. Robber barons and elite universities commissioned custom products from Yellin’s workshop, which had hundreds of employees and took in millions of dollars a year. Fantastical iron bestiaries and vines covered its products, from candlesticks to staircases.

Yellin called hardware “the salt and pepper of architecture,” said the foundation’s curatorial director, Dr. Joseph Cunningham. Hardware assignments gave the staff a chance to produce playful iron dragons and foliage motifs on a small scale, and homeowners could always remove the pieces if their tastes changed.

“You can entertain a whim on a door handle,” Dr. Cunningham said. Because Yellin’s clients would have touched the hardware often as they went about their daily routines, he added, “it’s very impactful to live with.”
Posted by Melissa Davenport Berry at 7:57 PM