The Mayflower lives on in Myth and Folklore: The Barn in Jordans England 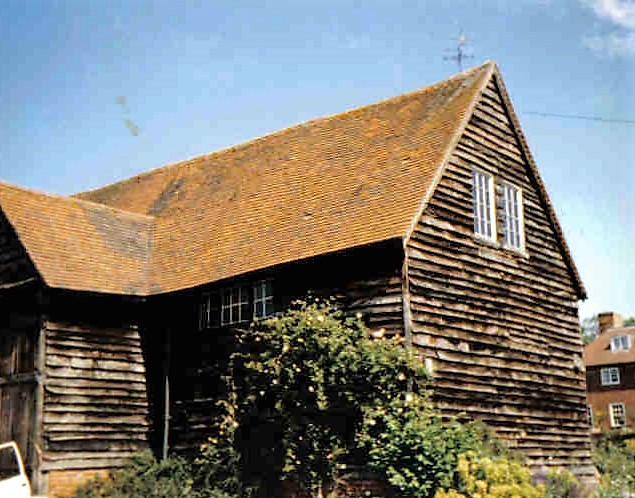 The claim, first originating from J. Rendel Harris' book The Finding of the Mayflower (1920), that the Mayflower ended up as a barn in Jordans, England, is now widely discredited according to Caleb Johnson. It has been featured on National Geographic, however Alison Walsh, writer for National Geographic in, "Five Mayflower Myths Debunked" asserts, "The surviving crew sailed the Mayflower back to England in the spring of 1621, and she never saw America again. Nobody knows for sure what happened to the Mayflower. The last recorded reference to the ship is from 1624, when its value was appraised after the death of its captain and part-owner, Christopher Jones. It was declared to be “in ruinis.” There’s no proof to support any claims that pieces of the original ship exist. Now a Quaker Meeting House
Would love to hear your thoughts and opinions on this one! 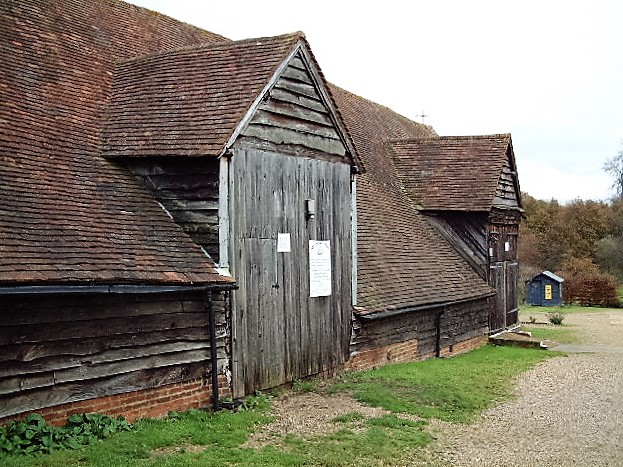 Photo from Wikipedia Commons. Also checkout Kate Shrewsday blog The Mayflower Barn took some great photos and mentions the 1624 records from when the probate lawyers looked the ship over for what it might be worth for scrap. £50 for the ship, five anchors at £25, Item. 8 muskitts, 6 bandeleers, and 6 piks at ——– 50 s. A pitch pot and kettle for 13 shillings and four pence; and more besides. The whole lot totalled a little over £128. You can view Probate Inventory of the Mayflower document at Mayflower History 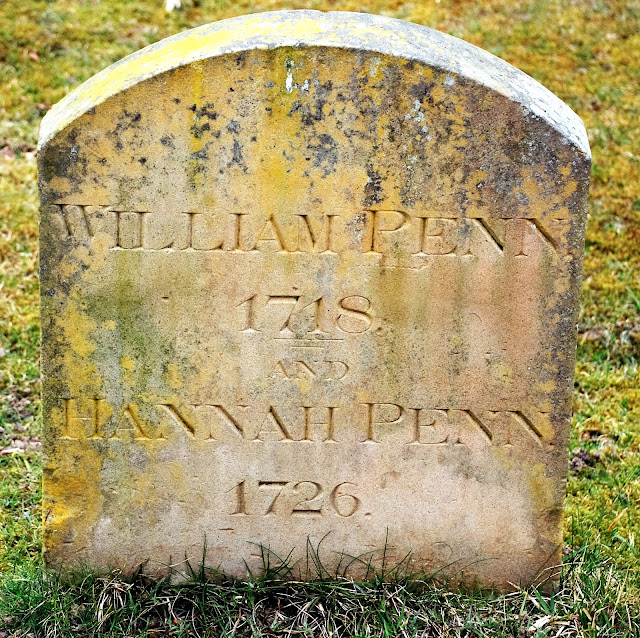 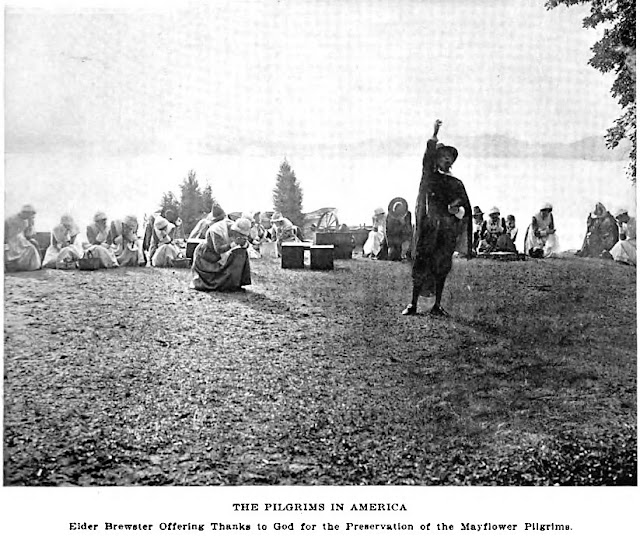 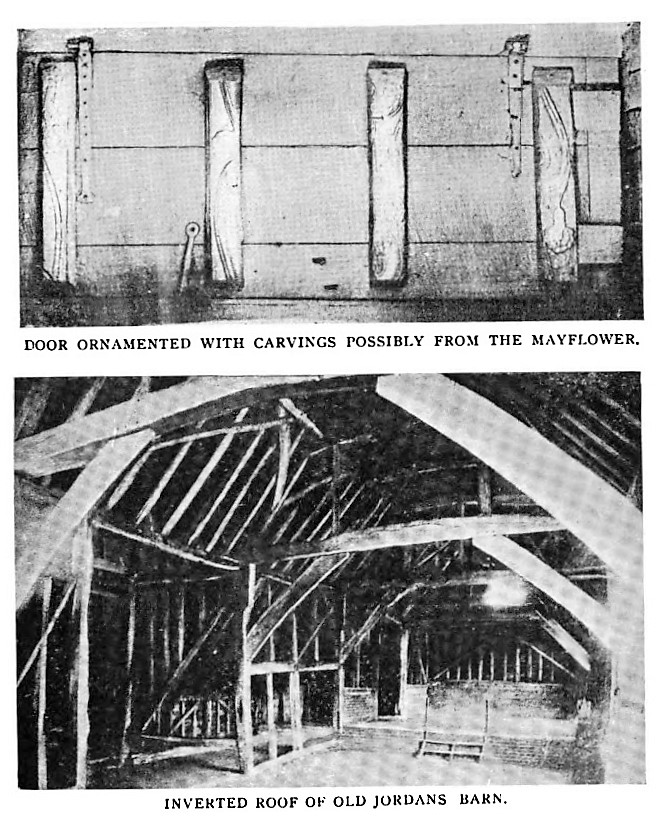 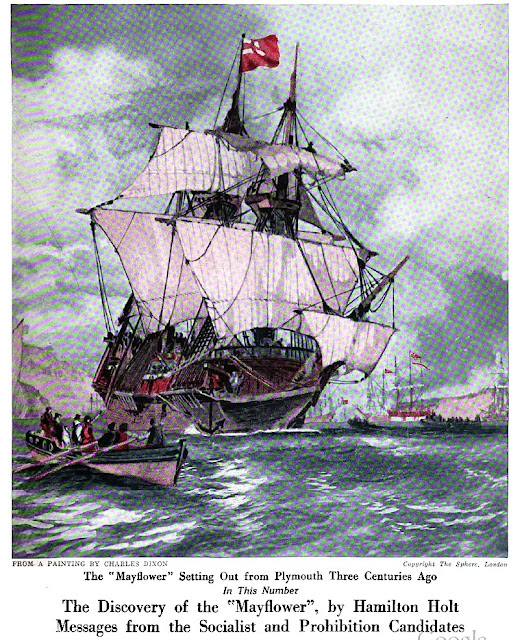 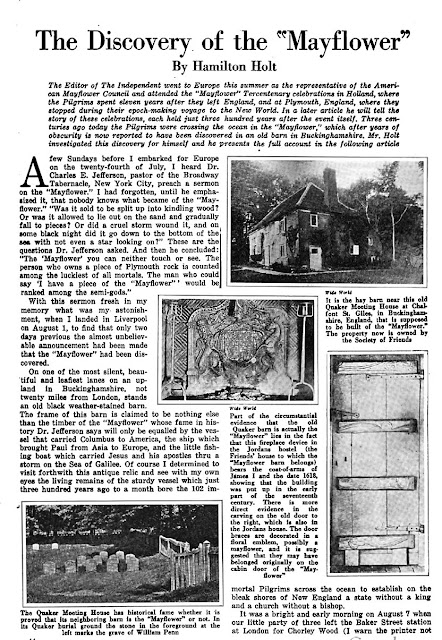 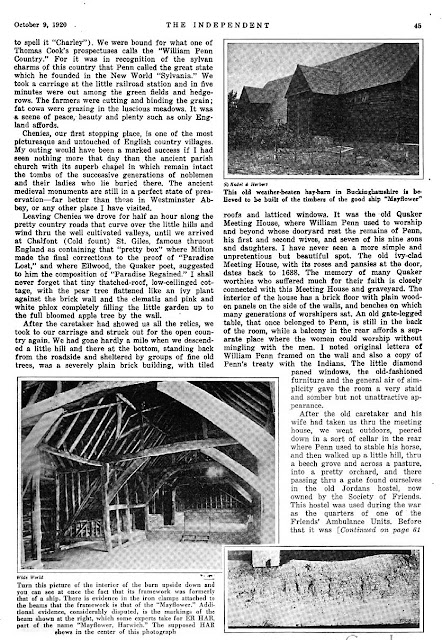 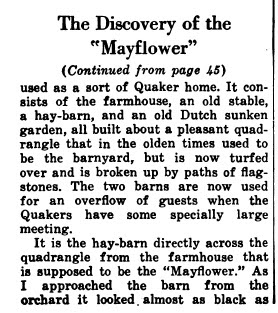 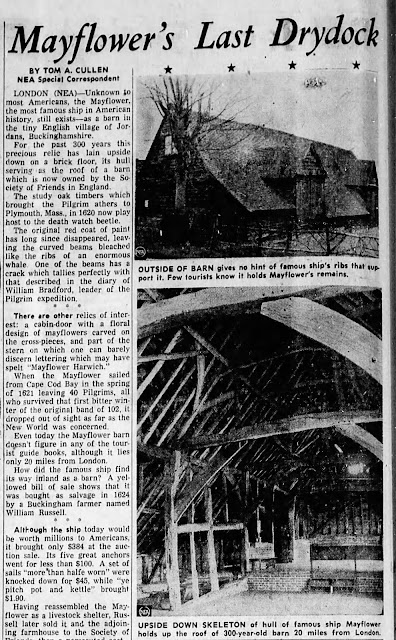 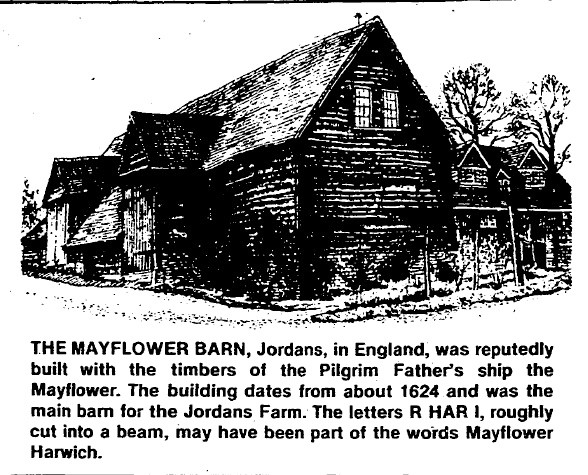 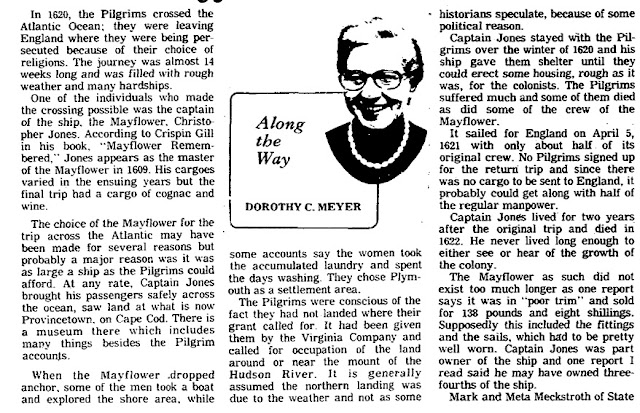 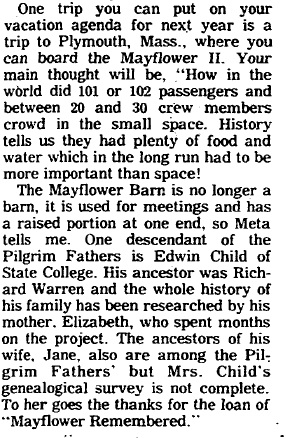 "Where Is Mayflower Now? It's Part Of Barn In English Countryside" Steve Libby
The Journal of American History Volumes 15-16 Mayflower Voyage


Posted by Melissa Davenport Berry at 7:35 AM