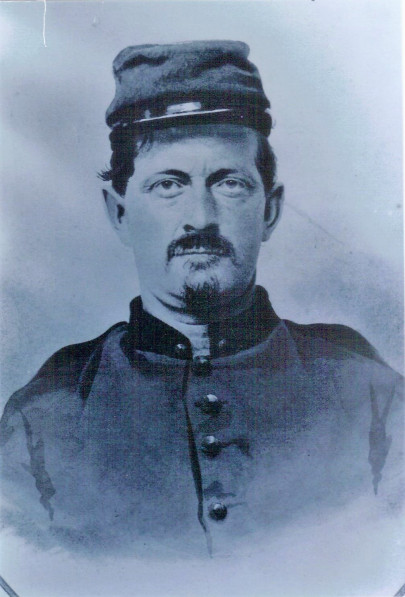 Like many of the Union soldiers Private Theophilus Sanborn of Hampton Falls, New Hampshire would not survive the horrors of Andersonville Prison. He was 34 years old when he perished July 1864 leaving a wife and five children. (photo courtesy of Sanborn Family)

Theophilus born in Hampton Falls May 6 1828 at the Gov Weare house. He was son of Adna Sanborn* and Polly Barnard (Polly Barnard marry 2nd Benjamin French). 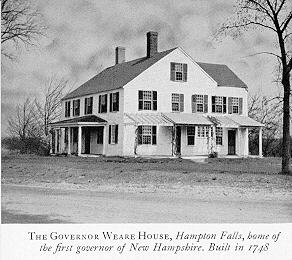 Theophilius married Mary Dow of Salisbury, Massachusetts daughter of Samuel Dow. Children: Sarah Cordelia, Adna, Susie Emma, Wallace, and Mary Augusta. According to History of Hampton Falls Theophilus was “a man of great bodily vigor and endurance.” He enlisted as a soldier from Salisbury under the first call for volunteers in April, 1861, and became a member of Company D, Seventeenth Massachusetts Regiment. He was taken prisoner at New Berne, N. C, in the spring of 1863 and was confined in the prison at Andersonville, where he died of starvation, April 6, 1864. He was buried in a cemetery near there, and his grave numbered 392. Below is his official death record furnished by the Sanborn family. 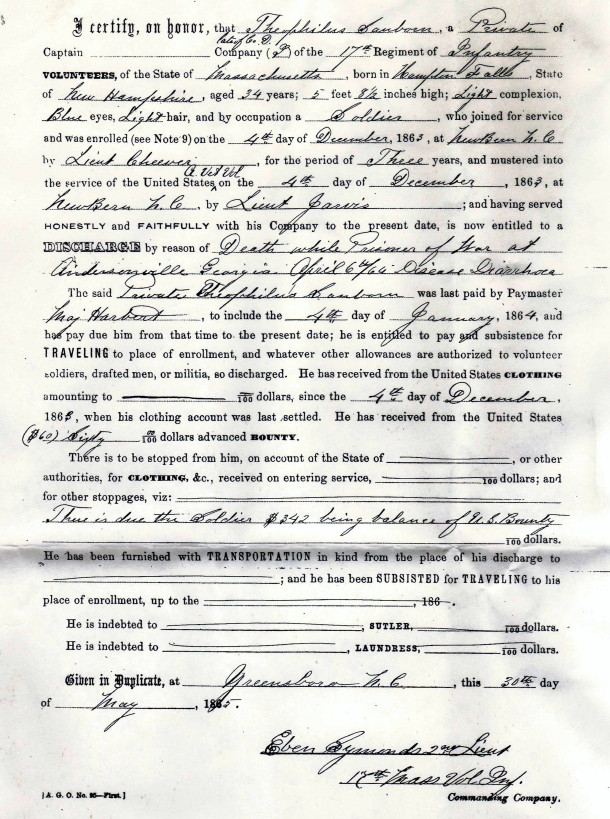 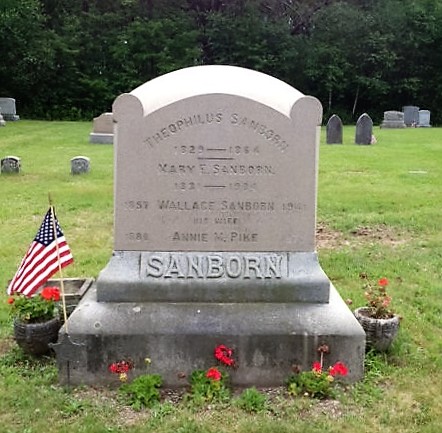 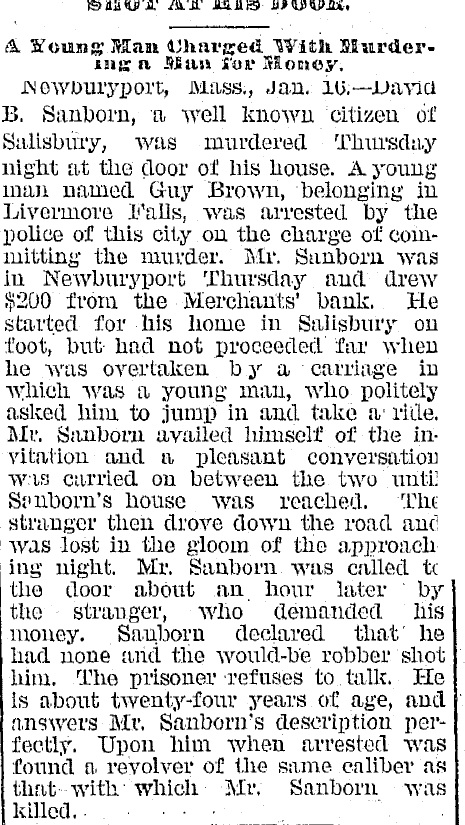 *Adna Sanborn son of Theophilus Sanborn and Elizabeth Batchelder daughter of Deacon Batchelder and Elizabeth Swett, daughter of Benjamin Swett and Elizabeth Norton.  According to the old genealogy of the Batchelder family Adna was a seaman in early life, and married Polly Barnard of Salisbury, Mass. He bought from the heirs of Maj. Joseph Dow their interest in the Governor Weare farm, and lived there for a time. His children were all born there.

A brother of Theophilus Sanborn, David Sanborn born June 6, 1829, married Dec., 1861, Sarah J. Morrill, daughter of Abel Morrill, lived in Salisbury, Massachusetts. The family genealogy notes: “He was much employed in moving buildings, in which business he was well skilled. On the night of Jan. 15, 1892, he was shot in his own house by a burglar, and died the following day. The murderer was captured, and was sentenced to thirty years’ imprisonment in the Massachusetts state prison. Mr. Sanborn was a prominent and esteemed citizen, and his tragic death was a shock to the community.” (NOTE: I will be covering this at a later date)

Posted by Melissa Davenport Berry at 8:49 AM