My Articles Published in Newburyport News and  Beverly Patch: 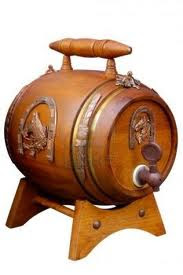 Beer has been a part of American culture since our ancestors first arrived. In fact, the ship Arabella left England with 10,000 gallons of beer and 120 casks of malt to make good cheer in the New World. A good pint will cure what “ales” you, plus it prevents scurvy and other diseases. Harvard students low on dough paid tuition fees in wheat and malt to supply the campus brew house. Early records indicate that it was mandatory for every town to establish a licensed ordinary or else incur a fine. At the time, inn holding was considered a very reputable occupation, and Newbury had a top-shelf resort operated by Tristram and Dionis Coffin, who the records indicate were licensed for business on May 26, 1647.

The Coffins ran a ferry on the Newbury side of the Merrimack, receiving "two pence a person out, and two pence back, and four pence a beast.” The original structure is no longer standing, and to set the record straight, Tristram, Jr. rather than his father owned the historical “Coffin House,” located on 14 High Road (1678) in Newbury. Many sources list this as the location of the tavern, which is incorrect. Records indicate the Coffins owned forty acres across from Carr Island. In later years, the road to the Inn, known as Coffin Lane, was located on the west side of present day Jefferson St., down by the shore of the Merrimack River. 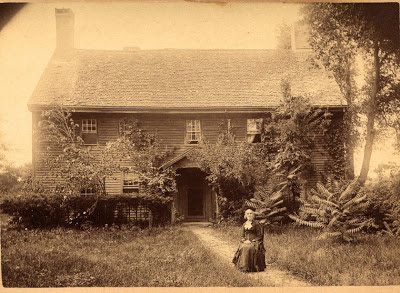 In 1645, the government passed regulations requiring that "every person licensed to keep an ordinary shall always be provided with good wholesome beer of 4 bushels of malt to the hogshead, which he shall not sell above 2 pence the ale quart. Whosoever failed to comply with the provisions of this law should forfeit for the first offence forty shillings & for the second offence shall forfeit their license." In general, Puritan laws were not open to interpretation, and those who stepped out of bounds were hauled in for examination.

In spite of the regulations, Dionis decided to tap into a new recipe for beer that was stronger and stouter than her competitors’ brew. One source suggests she consulted “Hodder’s Arithmetic,” exclaiming, "as four is to two, so is six to three… I'll have better beer than my neighbors and be paid for it— A fig for the law." Her magic elixir made quite a splash, and even at the illegal price of 3 pence a quart, it sold well.

Local officials heard the buzz about the chichi ale, which brewed trouble for Dionis, who was presented a summons for overcharging. She appeared in court in September 1653, ready to do battle, assert fermentable trust in her barley pop, and serve these officials a cold one. Mr. Samuel Moore gave testimony that she did indeed mix “six bushels of malt into each hogshead,” which was more than the law allowed, but he asserted that she produced a better quality brew and therefore should be allowed to charge a premium price. The issue was resolved quickly and all charges were dropped— perhaps she slipped the city elders a jug or two.

According to Bethany Groff, a local historian and direct descendent of Dionis (9th great grandmother), “Dionis’s brewery is one of the first accounts of women business records, and she defended her product for its quality and higher prices, as crafters of home brew still do today.”  In this way, Dionis set precedence for future entrepreneurs as well as her female ancestors. Her daughter Mary Coffin Starbuck industrious and held many titles, among them “the Great Merchant.” Mary also became the first Quaker minister of Nantucket, playing a pivotal role in converting the whole colony to the Quaker faith. 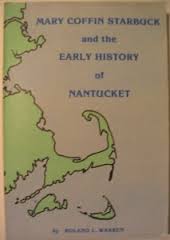 Lucretia Coffin Mott, also a Quaker minister, abolitionist, and suffragist wrote, “The exercise of women talents in this line, as well as the general care which devolved upon them in the absence of their husbands, tended to develop… and strengthen them mentally and physically.”

The Coffin family produced as many exceptional offspring as there are distinct craft brews in this country. Perhaps the Puritan lifestyle was simply not free-flowing enough for the first Coffin line. Instead, they found a locale that sourced freedom, eventually establishing Nantucket along with the Starbuck, Macy, and Folger families. Tristram, Sr. became Chief Magistrate for Nantucket; however, Tristram, Jr. settled in Newbury, and so did several generations thereafter and held many high positions locally. 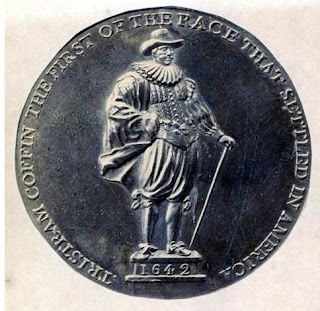 Thankfully, the brewing industry continues to prosper in Newburyport. Natives Bill Fisher and Chris Webb, who just opened Newburyport Brewing Co. at 4 New Pasture Road, are certainly carrying on in the tradition of Dionis Coffin. Their three debut brews are Plum Island Belgian White, Newburyport Pale Ale, and Green Head IPA, “The Beer That Bites You Back.”
Visit www.nbptbrewing.com for more info.

Find out more about the Coffin House and other local historic sites at: www.HistoricNewEngland.org.