Ghost Ship: the Crew of the Mary Celeste Disappeared Without a Trace

It's the stuff of maritime legend: a ship sighted in the distance, hailed without response, and boarded to reveal a vessel under full sail, its wheel creaking aimlessly, cabin doors slamming open and shut in the wind, and ... not a soul onboard.

On Dec. 4, 1872, it actually happened. The Mary Celeste was discovered between the Azores and Portugal—her crew vanished without a trace of a struggle, the ship still fully provisioned. What calamity befell the ship remains a mystery. A final log entry, on Nov. 24, showed no hint of distress. The cabin of Capt. Benjamin Briggs was untouched, right down to the sewing machine and parlor melodeon belonging to his wife and infant daughter; the child's ghostly indentation remained visible on a bed. The crew must have "left in a great hurry," reported the boarding party, for their pipes and tobacco were still there—and no sailor, they noted, willingly abandons ship without his pipe. 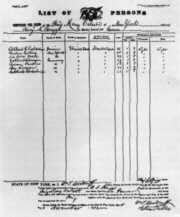 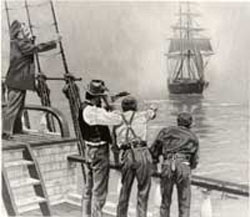 Theories on the cause of the disappearance have ranged from cargo fumes to
mutiny to (inevitably) alien abduction. The Mary Celeste's fate inspired fictional
solutions in an Arthur Conan Doyle story (which blamed a race war), a
1935 Hammer horror film (a hook-armed Bela Lugosi), and a Dr. Who
episode (Daleks, of course.) What's not as well-known is that the Mary Celeste
was also at the center of a second mystery. The disconcerting disappearance of its
crew notwithstanding, the Mary Celeste still had plenty of life left in her, and soon
went back into service. Thirteen years and 17 hapless owners later, Mary was
mostly infamous for being in poor shape and for losing money on runs from
Boston to Africa and the West Indies. It was merely one final indignity when
she wrecked off Haiti in January 1885, slamming squarely into Rochelois Reef,
a known hazard. The ship didn’t sink, but its hopelessly splintered remains
would never leave the reef. Capt. Gilman Parker declared the cursed ship
a loss, and then went ashore to sell the salvage rights to a load of ale, cutlery, and
shoes for $500. 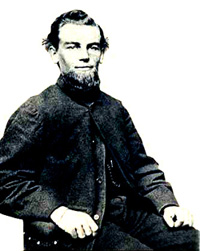 That's where the story might have ended—except that police showed up at the
captain's door in Boston three months later. The Mary Celeste, they charged, was
a 282-ton, fully-rigged insurance scam. The July 1885 trial of Capt. Parker and the
ship's co-owners, now buried in the Boston Globe archives, offers a fascinating
glimpse into a Gilded Age flimflam. Laying out charts and totting up blackboard
figures in a broiling Boston courtroom, prosecutors revealed a chain of scams
that reached from Haiti back to the alleyways of their own city. Capt. Parker
might have pulled it off, too, except that he'd gotten greedy: Not content to rip
off just his insurers, he also tried to con the local salvager in Haiti. The salvager
hadn't found anything near the 125 casks of Bass ale promised on the
ship's manifest, and the few he did locate weren't exactly good drinking.
Called to the stand, a Boston bottler revealed they were moldy blanks with
Bass labels pasted to them, and filled with "ullage"—bottom-of-barrel runoff
from smashed and leaking bottles. The bottler hadn't even bothered filling
many of them; some were “half full, some a third full, and some just enough
to wet the bottle." 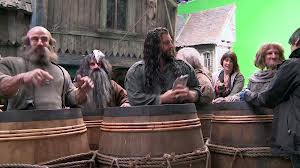 The rest of the cargo was similarly suspect. The 975 barrels of
"New Fortune Herring"? That was actually 780 barrels of rotten fish
that stank so badly that one fish merchant said it was good only "for fertilizers."
Wooden barrels of "Fine" butter proved to be rank "slush." The Haiti-bound
food cargo was so foul that one conspirator was overheard musing,
"If these n— eat that fish and drink that beer, they will all be dead."
A crate supposed to contain $1,000 in cutlery, when pried open, revealed
$50 worth of dog collars. Boxes of "women's high-button boots" were
old galoshes. The ship and its cargo, covered by five insurers
for a whopping $34,000, were hardly worth the kerosene
necessary to burn the wreck. Capt. Parker, in short, was in deep trouble.
"The defense lawyers were wild," one investigator later marveled of Parker's
shambolic team. Parker's attorney cited famed Massachusetts eccentric
"Lord" Timothy Dexter" -- a late-18th-century merchant who supposedly
shipped mittens and warming pans to the West Indies—to assert that
the Mary Celeste's cargo belonged to a splendid tradition of
crazy-like-a-fox speculations. If the vulpine side of the simile was
left unexplained, the crazypart was easy to spot. 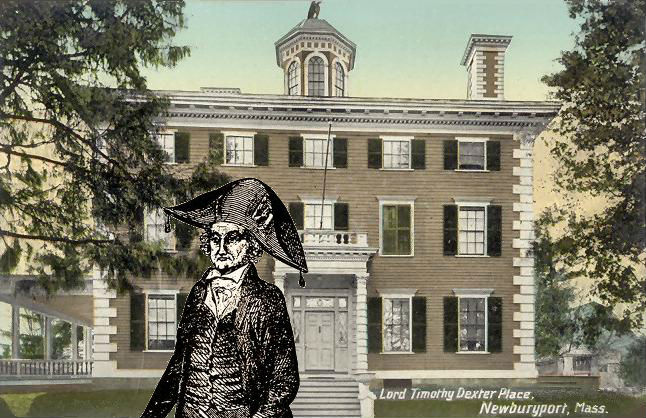 Haitians didn't typically buy newBass ale or salted herring, let alone rotten
beer and fish. "They say the goods were overinsured. Suppose they were.
It is a common thing to overinsure," sputtered Parker's attorney. And if the
crew said the goods were worthless, well, everyone knew they liked to
tell stories. "Spinning a yarn is a sailor's phrase," he insisted. Perhaps
yarn-spinning could also explain the crew members who saw
Capt. Parker toss the ship's papers overboard, proclaiming "They're gone.
No one will know what's in them." And maybe it accounted for the
first mate's claim that he'd dissuaded Parker from a plan to wreck
by the more dangerous Turks Islands, pleading, "For God's sake
don't pile her up there; we shall all be drownded."
But it wasn't so easy for the defense to explain a letter in the captain's
hand, dated two months after the wreck, which the first mate also produced:
E. Boston, March 5, '85
I wood advise you not to know to much a bout cargo fer the shipers have put in
their bill of Invoice to the adgestors and the protest and Log Book as that stand
is all that I want.  You will be cald over to the Insurance look out you do not
get in the Roung track by knoing to much.
G.C. Parker
After days of testimony, now it was the jury who knew too much. They had
to decide whether Parker's plot deserved a conviction on the maritime
charge of barratry—deliberate destruction of a vessel—a crime then
punishable by death. After counts and recounts, the jury returned
with a shocker: They’d deadlocked, 7-5, with the majority in favor of conviction.
The five holdouts, it seemed, just couldn't bring  themselves to send a man to
the gallows over rotten fish and bad butter. Three years
later, and perhaps with the abandoned prosecution of Capt. Parker in mind, a
Massachusetts congressman worked to amend the barratry law so that it would
no longer be a capital offense.  "The penalty of death would be simply shocking,"
he admitted to a House committee. "In many cases juries refused
to convict, even when guilt was proved, as the only way to prevent a greater
evil." But the doomed ship seemed to carry its own sentence: Nearly everyone
else indicted in the conspiracy went bust, and Capt. Parker
died under obscure circumstances just three months after his trial.
They might have taken heed of the fate of David Cartwright, a previous
owner who had already lost a small fortune on the Mary Celeste.
"Of all the unlucky vessels I ever heard of," he would
recall, "she was the most unlucky." 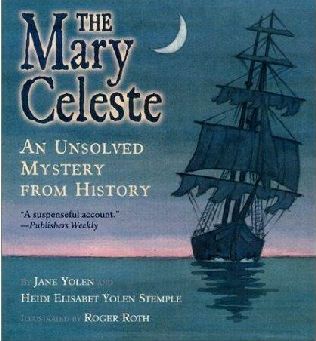 Posted by Melissa Davenport Berry at 7:21 AM