Is it really the House of the Seven Gables? Perhaps, perhaps not. Either way the Turner-Ingersoll mansion in Salem breathes New England history

A Wonderful Travel & Historical Share from Elwood P. Dowd (and a few pics added by Melissa) 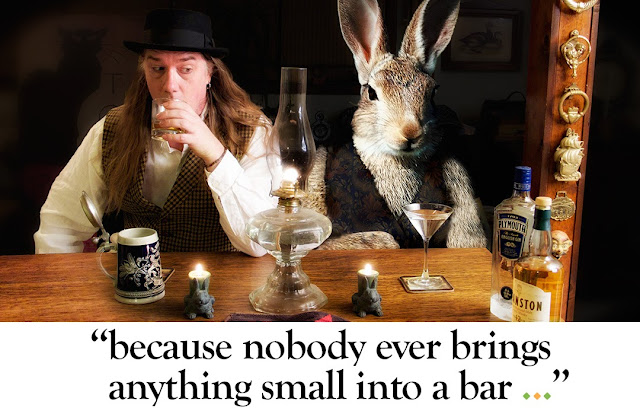 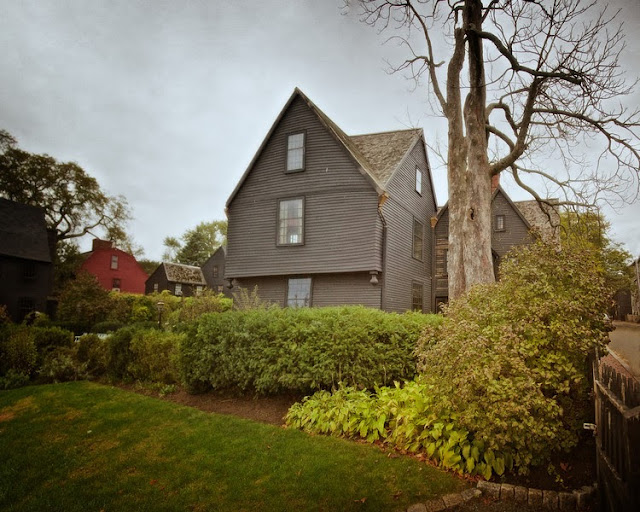 The House of the Seven Gables, Salem, Massachusetts
“Halfway down a by-street of one of our New England towns stands a rusty wooden house, with seven acutely peaked gables, facing towards various points of the compass, and a huge, clustered chimney in the midst. The street is Pyncheon Street; the house is the old Pyncheon House; and an elm-tree, of wide circumference, rooted before the door, is familiar to every town-born child by the title of the Pyncheon Elm.”

From the perspective of the twenty-first century, we can breathe easier in a way, knowing that the victims of the Salem witch hunts were innocents. Yet for many of us there’s still an underlying feeling that there was a darkness there beyond the natural. Even though those hanged in Salem were wrongly accused, it feels as though there had to be witches there all the same. 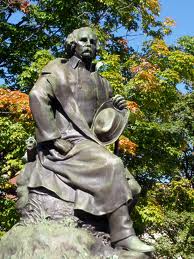 I can only presume that this was even more true in the mid-nineteenth century, when Nathaniel Hawthorne wrote the book. Hawthorne hints at magic and witchcraft in Salem in Gables, drawing back only slightly from his earlier penned short story, Young Goodman Brown, which specifically relates a tale of Salem witchcraft. Which is curious, considering he added a W to his name to distance himself from his great-grandfather, who served as judge in the witch trials. Hawthorne must certainly have know the hanged were innocent, and yet the darkness hung on in his mind.
As a result, there’s a dark undercurrent in the reader’s mind at the mention of Salem, and only slightly less so when thinking of seventeenth century New England as a whole. That Hawthorne’s writing has helped define New England during that period, no doubt keeps the aura alive.
“So much of mankind’s varied experience had passed there,â€”so much had been suffered, and something, too, enjoyed,â€”that the very timbers were oozy, as with the moisture of a heart. It was itself like a great human heart, with a life of its own, and full of rich and sombre reminiscences.”
The House of the Seven Gables by Nathaniel Hawthorne

The Gardens at The House of the Seven Gables in Salem, Massachusetts.
Mention the House of the Seven Gables and what comes to mind is usually Hawthorne’s novel, the story of a once prosperous New England family, whose influence is dwindled by time, whose decay is reflected in the home they’ve lived in for generations.
For over a century now, an ancient house sitting at the end of Turner Street in Salem, facing out to sea and now known as the House of the Seven Gables has been promoted as the actual house that inspired Hawthorne, despite the author’s assurances that no single house fits the bill. Hawthorne writes in his introduction to the book, “He would be glad, therefore, if-especially in the quarter to which he alludes-the book may be read strictly as a Romance, having a great deal more to do with the clouds overhead than with any portion of the actual soil of the County of Essex.”
And yet people throng to the House of the Seven Gables, whose administration hesitantly makes the claim for the inspiration, and what they come away with is far more than the setting of a book.


What Turner built was a two-and-a-half story home in the post medieval style, consisting of two rooms, two gothic gables and a massive central fireplace – a home considered quite impressive for the day. His son, John Turner II also went to sea, built up the family fortune, and expanded the family home. His son, John Turner III, who had a home of his own just down the road, loyalist sympathies which cost him dearly in the Revolution, and a fondness for cards and horses managed to blow the family fortune and lose the home, now greatly expanded in size and gables, and sporting an Edwardian look.
The House of the Seven Gables was purchased by Samuel Ingersoll,

another wealthy Salem sea captain. Ingersoll had improved his fortune by marrying Susannah Hathorne, perhaps lacking in the looks department but endowed with a huge dowry. Ingersoll’s uncle Nathaniel owned Ingersoll’s Ordinary, a tavern which sat next to the meetinghouse in Salem Village during the witch trials of 1692 which also still stands. The tavern saw a lot of action during the witch hunts, and picked up a lot of business.
Ingersoll caught typhoid fever and died at sea in 1804, spreading the disease to his only son who died as well, and so the house went to his daughter, Susannah. Susannah the daughter and Susannah the mother lived in the House of the Seven Gables, which had once more been remodeled, this time removing some of the gables. The elder Susannah was the granddaughter of John Hathorne, one of the judges at the Salem witch trials, and the great-grandfather of Nathaniel Hawthorne, the writer. Nathaniel and the younger Susannah became great friends though by the time he became a regular in the Ingersoll home, the gables had dwindled to three.

Portrait of Susannah Ingersoll at the House of the Seven Gables.
Susannah led the young Nathaniel throughout the house, pointing out the changes in architecture over the years, and even hauled him up into the dusty attic to show him the beams and evidence of the six gables formerly there, and it is thought that it was through her descriptions that Hawthorne came up with the description of the home in the book.
Susannah was a woman far ahead of her time, and was already a property owner by the time she inherited the Turner-Ingersoll mansion. She was active in marketing the produce from her farm in nearby Danvers, was politically active and a staunch anti-slavery advocate. A secret staircase in the Turner-Ingersoll mansionÂ was long believed to have been used by the underground railroad, but this has been disproven. Susannah became a spinster, but adopted a child by the name of Horace Connolly.
When Susannah died in 1858, the second wealthiest woman in Salem, the house and her fortune went to Horace, who once more gave the old place a facelift, prior to blowing the family fortune. Horace’s main contribution to history appears to be relating a story of two lovers to Nathaniel Hawthorne, who later told it to Henry Wadsworth Longfellow, 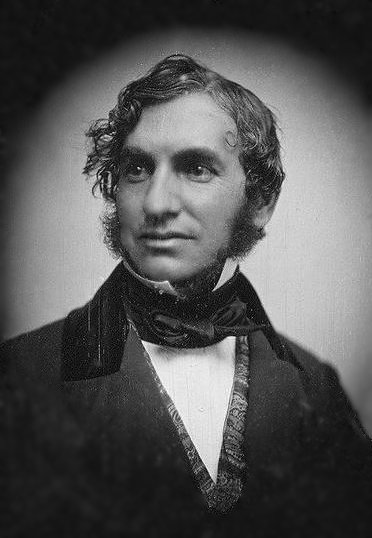 who put it to verse in the poem Evangeline.
Henry Upton became the next owner, and was responsible for making the very public claim that the house was the very same that been the inspiration for Hawthorne’s The House of the Seven Gables. An accomplished musician, composer and music teacher, Upton seemingly also had a flair for promotion, and began giving tours of the house for a quarter a pop to those interested in its literary history. Ida, his daughter had a knack for delicate painting on fine china, and began a line of souvenirs which was sold in a newly constructed replica of Hepzibah’s cent shop, attached to the Turner street side of the house.

Interior of the Cent Shop of Hepzibah Pincheon at the House of the Seven Gables.
The next owner, another feisty Salem woman named Caroline Osgood Emmerton who took over the house in 1908, saw that the success the Uptons had in promoting the property could be put to funding philanthropic causes. Emmerton, in consultation with Joseph E. Chandler, a noted Boston architect specializing in historic reconstructions, stripped the house down to the basics and then restored it to as close as possible to its 17th century, post medieval root, and added a seventh gable to the design, bringing it in line with the book.
Emmerton had the sea in her blood, or at least in her bank account via a fortune inherited from her grandfather, another prominent sea captain. Philanthropy was certainly in her genes as well, and she decided to take the family’s work a step further by starting The House of the Seven Gables Settlement Association in 1910. The settlement provided services for new immigrants to Salem, who were primarily Polish and eastern European. They provided language instruction, vocational training, how to keep a home, health care for babies and education for the children. In addition to training in basic skills, the home became the setting for pageants and historical reenactments to give immigrants a better idea of American history.
Emmerton also took to creating a real settlement by moving historic buildings onto the property, essentially saving them from the threat of the wrecking ball. The Retire-Becket House, built 1655 houses the museum’s store on the ground floor, well-stocked with items related to the House of the Seven Gables, Hawthorne’s novel and Salem/Massachusetts history. Nathaniel Hawthorne’s birthplace, built in 1750 was moved to the property in 1958, and is also open for tours. The Hooper-Hathaway House, built 1682 is an architectural treasure, exhibiting details of first period, Jacobian and Colonial Revival styles. The Counting House, dating from 1830 is a fine example of the type of building used by sea captains to inventory their wares following long sea journeys, and helps educate people about the nautical history of Salem.

The Nathaniel Hawthorne House, Nathaniel Hawthorne’s Birthplace, c. 1750.
Then there’s the House of the Seven Gables, or the Turner-Ingersoll mansionÂ itself, open for tours as well. Emmerton went to great pains to reflect Hawthorne’s novel in the home, going as far as adding mannequins and furnishings to certain rooms which might have inspired scenes in the novel. While the exterior of the house is restored to its 1720 appearance, the interior is designed with 1840 in mind, to give visitors what they’re looking for, the setting for the book. Hepzibah’s Cent Shop has been recreated, including the same wares sold in the fictional version. In the attic you can see as Hawthorne did, the details of the original 1667 construction as well as the cozy room which would have been that of Clifford Pyncheon, the mysterious and elderly brother of the book. The second floor contains the office of Colonel Pyncheon, where the old coot met his grim and grisly fate. A trio of mannequins in another room give the visitor a quick tour of women’s fashion from the 18th to twentieth century, reflecting the era of the women of The House of the Seven Gables.

The Judge’s Study, The House of Seven Gables, Turner-Ingersoll Mansion,
Salem, Essex County, Massachusetts.
The house is decorated in painstaking detail, with both original period items as well as to the letter perfect reproductions. It’s not just a museum dedicated to Hawthorne’s book, but perhaps more important, to the life of those who made their fortunes from the sea in 19th century Salem.
The House of the Seven Gables is also a testament to strong women, particularly Caroline Osgood Emmerton, whose philanthropic work continues to this day under those famous gables, decades after her death.


Bearing silent witness to the lives that have transpired in this house, just beyond the beautifully manicured gardens is the sea, where the wealth which flowed through these rooms found its way to Salem from around the globe. My favorite memory from the House of the Seven Gables came not from the house itself, but standing outside one autumn evening in the dark of night, as a tropical storm rolled up the coast from the south, listening to the chains of nearby vessels tolling mournful against their steel masts. The ocean is always there, whether viewed through the windows or the scent wafting through the gardens and permeating the ancient wood of the house. The House of the Seven Gables has been a presence on Salem’s waterfront almost from the beginning, a presence which thanks to Hawthorne’s novel has spread throughout the world, and for many, is the embodiment of New England itself.