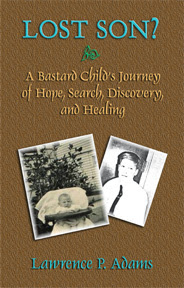 Thomas & Anastasia together in front of their home in the 1920s

Anastasia with daughters & neighbors
Jerry Kalinowski, Thomas's grandson, shared stories about Thomas while I visited with him in his home during a visit in September, 2002. He remembers Thomas being known as quite the horseman and that he would talk to his horses. He recalls a time when before he hitched up his horses for cultivation and after putting on blinders and hanging the feedbag below its mouth...Thomas would "cold cock" the horse on the side of the head....Thomas said,"this was to let the horse know who was boss." Thomas was a hairy man, besides growing his mustache, he also had great amount of black hair on his chest and back. Jerry tells of once watching his grandfather shaving without his shirt on and mentioning how hairy his grandfather was. Thomas then reached down to his chest and pulled out a handful of hair, while Jerry shuddered at the thought.
Thomas was also a very prim and proper gentleman. Once he finished in the field he would dress up; coat, vest and tie. No matter if he was in the field or in his Sunday best Jerry remembers him always having a cigar hanging from his mouth and how Thomas kept a pair of cutters in his pocket to be able to "clip" the cigar before lighting it.
Anastasia is remembered as most women were at that time; a homemaker and grandmotherly appearing.

Jerry and his wife Della recently celebrated their 50th Anniversary

Thomas outside of home

Thomas escorting daughter Blanche for her wedding
Thomas and Anastasia created a beautiful homestead for their family. It sat on 118 acres of land; considered large in those days. They built a two story house with 9 bedrooms on the top floor lining the hallway. Jerry's main memory about the house was the wood bathtub which was copper lined. In addition to the house, they built a large barn and other outdoor buildings. Unfortunately, all that remains of the homestead today is the barn...with its original "lightning rods" mounted on top. The house burned down in 1958 and the owners at the time put up a more modern home...I think I'd rather have the old one!

Another view of the house

The Barn...with old car, anyone know make or year?

The Barn as of 9/30/02...100 years after it was built. Original lightning rods still work on top of it...if only the house were still there!

Anastasia passed away in February 13, 1932. Thomas survived her until his death on April 5, 1944. They are buried in their family plot along with some of their children and their spouses...the cemetery is but a few miles from the homestead. All nine of their children have now passed and as of 2002 only 4 of the next generation survive: Alice, 88, who is frail and in poor health; Clarence, 82, who is quite sharp and spends his winters in Florida, he may be able to privde further information from his Florida records; Jerry, mid-70's, who is sharp and in great shape; Robert, 62, whom I have not met. I very much enjoyed the time I spent with Jerry and his wife Della. I found them very open, warm and once we started our visit full of stories of which I have shared but a few here. The following is an assortment of pictures Jerry allowed Carol, my cousin from his branch of the family tree, and I take and scan for this web site.

Family pictures...unable to identify people except most of the family is in 2nd

3 of the Luczak sons: Morris, Wallace & Leon..easy to tell they are brothers!

During my last two visits to Bay City I have made the trip to St. Anthony's cemetery in Fisherville so I might pay respects to family and also photograph the tombstones for history's sake. I missed Victoria's stone, Blanche is buried in California; Barney is buried in Saginaw. Here are the family stones I did photograph...the main marker is for Thomas & Anastasia.