A Great Share from John Tepper Martin writer, publisher, economic consultant and teacher about how govt economic policies and global business trends interact at the U.S. and local level. He is also Principal of CityEconomist and Publisher of Boissevain Books LLC. Melissa Berry included some links and pictures.

I have been hard at work looking for and seeking to aggregate the contributions of Oxford and Cambridge alumni to the pre-Revolutionary (colonial) era in the United States. 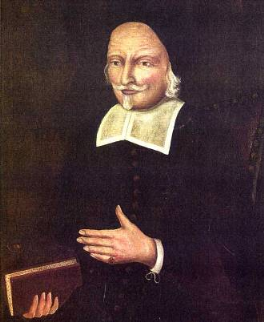 John Harvard, of course, gave his library to help start the college after which he is named. My general observation is that the Cambridge colonists tended to be more disputatious, and had a difficult time of it. They say that Cambridge tended to grow martyrs and Oxford did them in. Certainly Rev. John Wheelwright was an outspoken person of the kind (Socrates, Jesus, the Apostles) whose lives are ended by the people in charge. I say that in admiration.

(Oxford men, and before the American Revolution they were of course all men, tend to live and die -- whether or not they visit their properties in North America -- comfortably. The Oxonians who played a part in the formation of the United States tended to be concentrated in the eight colonies between New York and Florida, and in many cases they started by owning the whole colony or a big piece of it.)

John Wheelwright (c.1592–1679) was an alumnus of Sidney Sussex College, Cambridge. He helped found Exeter, NH and Wells, Maine, thereby covering two more colonies/states. He was also a figure of note in Massachusetts and Rhode Island.  Genealogy on Wheelwright & family

As a controversial Puritan clergyman, Wheelwright helped establish religious liberty in all the colonies by bravely asserting his dissent from conventional doctrines of the day. He was banished from the Massachusetts Bay Colony over the issue of faith vs. good works, during the era that includes the "Antinomian Controversy".   See Diary of Anne Hutchinson

The minority view, espoused by John Wheelwright and his brother-in-law's wife Anne Hutchinson, following Reverend John Cotton, was that one can be saved only by grace (not solely by one's own effort but through the grace of God). They believed that the "covenant of grace" means that common rules of morality are not binding. In simplest terms -- someone with faith will not go to hell for something he/she does or fails to do. Faith prevails over good works. The contrary view is that deeds matter, that faith is not enough and that one must earn one's place in heaven by good works. Wheelwright's bravery helped make the colonies a place where dissent was permitted.

Born in Lincolnshire, England, to a well-off family, Wheelwright earned the B.A. (and after some years, the M.A.) degree at Sidney Sussex College, Cambridge where he excelled in sports. Oliver Cromwell was a college contemporary, something that proved useful for a few years many years later when Wheelwright returned to England for a visit.

After being ordained in 1619, Wheelwright became vicar of the parish in Bilsby, Lincolnshire until 1629, when he was removed for the sin of “simony” (after Simon Magus, who was accused of this during the time of the Apostles), i.e., selling sacred things such as church positions.

So in 1636, the same year another Cambridge man was helping to start up Harvard College, Wheelwright left New England for friendlier faces in Boston, where his brother-in-law's wife, Anne Hutchinson, was getting noticed. He joined Hutchinson as a follower of Rev. John Cotton and his "covenant of grace" theology, by which one is saved by grace alone. Under attack by other Puritans, they charged that the colony's clergy and government officials were guilty of espousing a "covenant of works", i.e., a belief that people can be saved by good works alone, without faith. 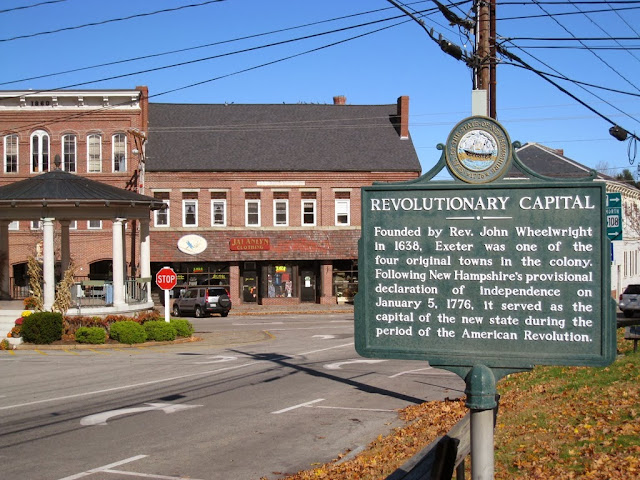 Since Hutchinson and Wheelwright were in a minority, it will be no surprise that they were banished from the Massachusetts Bay colony by the religious and civil authorities they attacked. Anne Hutchinson went to Rhode Island, where she founded the town of Portsmouth, where I went to school in 1955-1958. Wheelwright and some followers voyaged north with their possessions during the winter of 1637–1638. In April 1638 they established the town of Exeter in what was then the Province of New Hampshire. However, Massachusetts authorities kept hounding him, and activated a claim on the lands where his group had established their community. Wheelwright had to move on to Wells, Maine.

Wheelwright's order of banishment was eventually retracted. He moved his community to Hampton, then part of Massachusetts and later part of New Hampshire. In 1654 his followers helped him get the complete vindication from the Massachusetts Court. 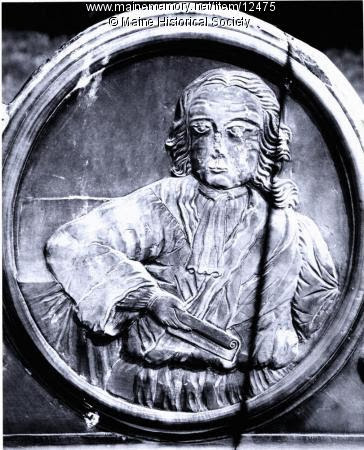 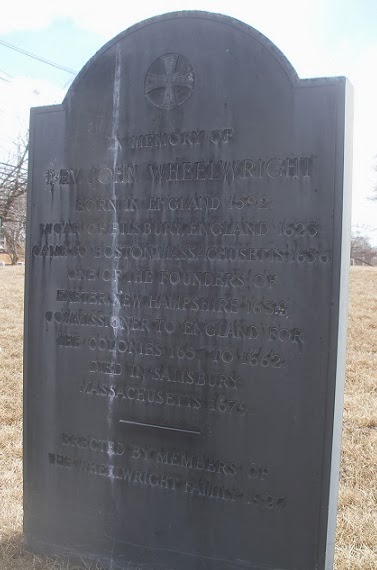 Posted by Melissa Davenport Berry at 8:42 AM