My Grandmother, Mildred Mabel Phelps daughter of Melissa Cross Davenport and Frederick Winsor Phelps (1877-1947) grew up in this Medfield home known as the Clark-Kingsbury Farm Historic District.
Her mother died of typhoid when Mildred was 9 months old.
Mildred's family was living in Peterborough, New Hampshire.  Her father was working for the railroad company that the Phelps family owned.
Mildred went to live in Medfield with her aunt Lillian Phelps Kinsbury (1869-1951) married to Allen Alanzo Kingsbury (1865-1952) 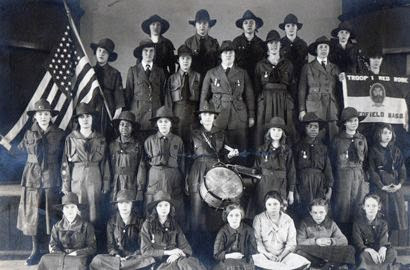 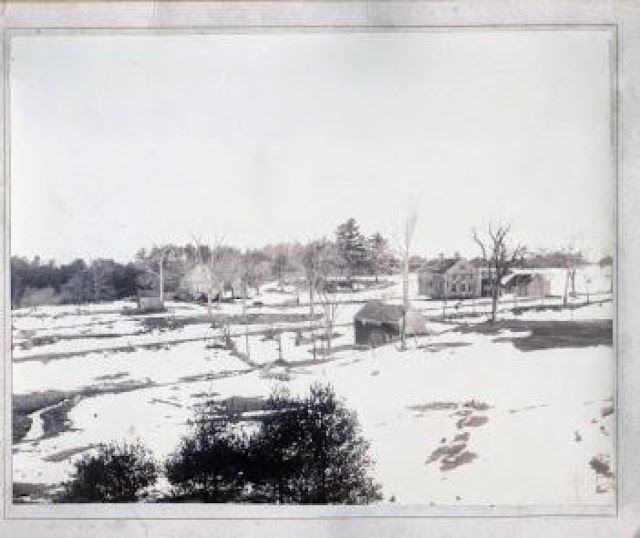 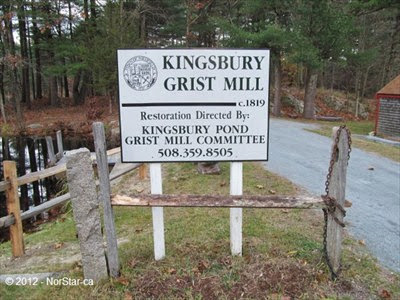 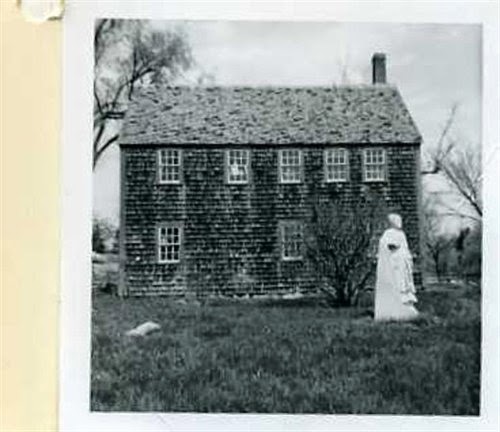 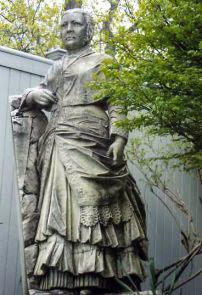 Grave A A Kingsbury 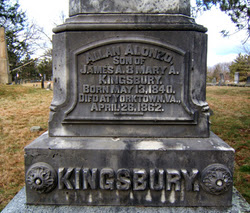 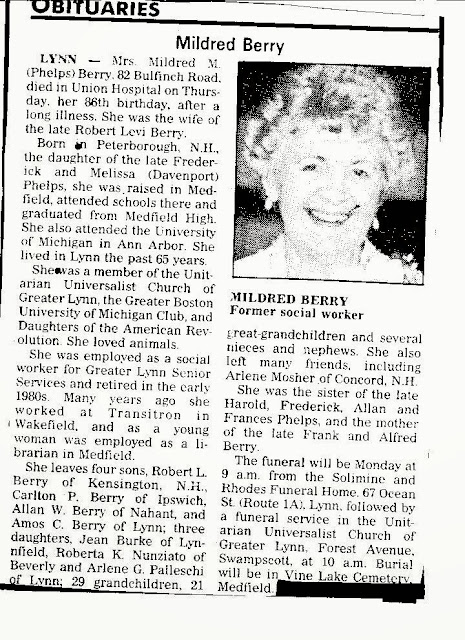 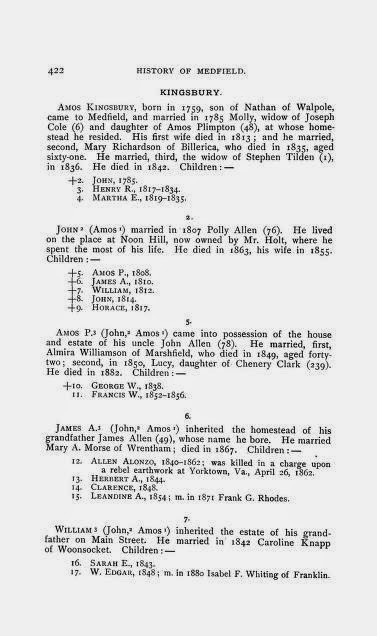 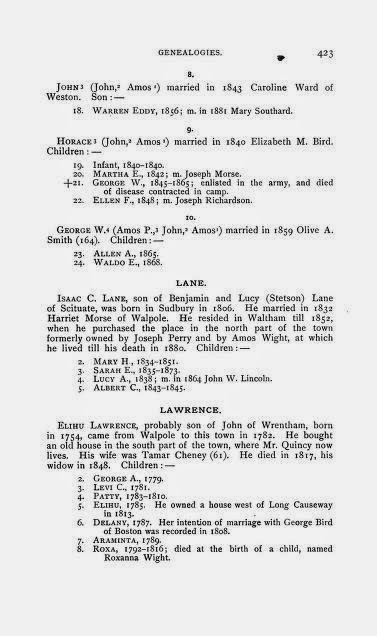 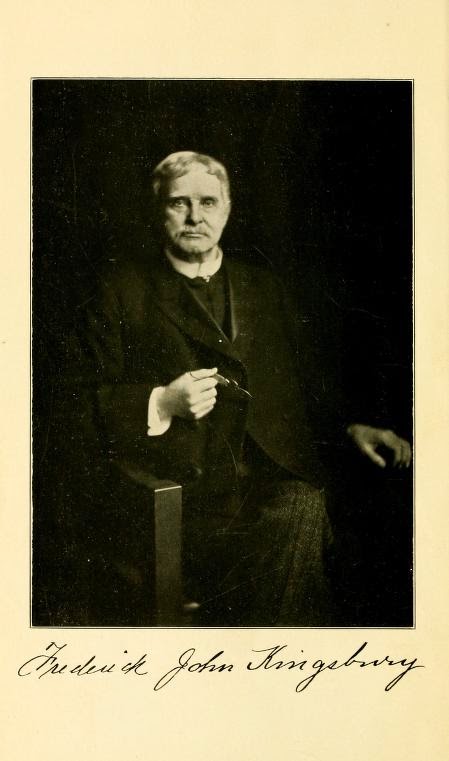 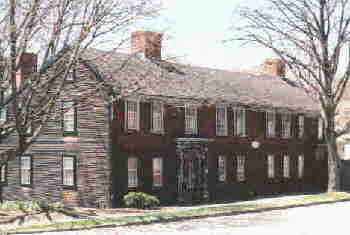 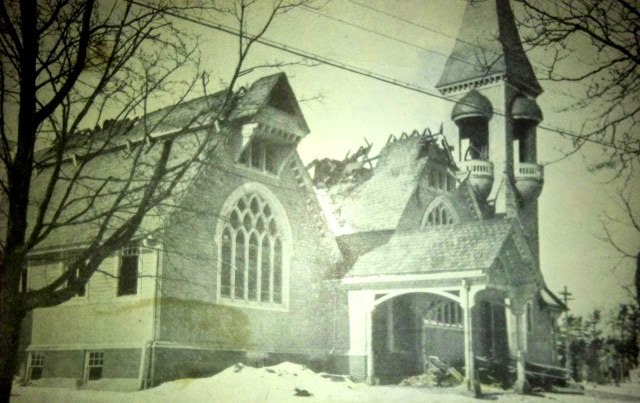 On Saturday, January 5, 1924, a fire almost completely destroyed the original church building. The Kingsbury, Greene, and Crossman memorial windows, along with the Communion silver, the old bell, some flags, the pulpit, and a few other furnishings were the only items to survive. The cause of the fire is unknown.

Joseph Kingsbury was one of the three Kingsbury brothers who sailed to America on the ship known as the Talbot which was part of a fleet of four ships under the command of Gov. John Winthrop. they set sail March 27, 1630 from Southampton, England, and arrived in Salem, Massachusetts, about July of 1630. Gov. Winthrop was not satisfied with Salem and the fleet moved down the coast eventually settling in Shawmut (now Boston). About 1635 they sent an exploring party up the Charles River and they established a settlement at Watertown. John and Joseph Kingsbury were part of this party. The community flourished and they quickly organized in what was referred to as a "Contentment" recording all events. The Kingsbury brothers were apparently of strong pioneer stock and considered Watertown too crowded. A small band of like minded individuals again used the Charles River which turned South just beyond Watertown and settled in what is now Dedham. They petitioned the General Court on 9-5-1636 for a large tract of land to form their community. The petition was granted on 9-10-1636 and the name Dedham was assigned by the court. 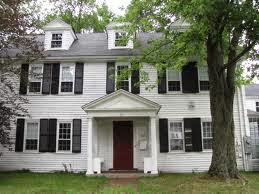 (NOTE: Current county boundaries have Dedham and Needham in Norfolk County, but prior to 1800 Norfolk County did not exist and all of this area was included in Suffolk County. Apparently, on 8-18-1636, before the group left Watertown, theymet at the home of John Dwight and drew up a Covenant for their political organization. John Kingsbury signed the Covenant that day, but Joseph did not sign until1637, after he arrived in Dedham. The Dedham town records for 11-1-1637 indicate that Joseph Kingsbury deeded part of his land to the town for the purpose of building a town meeting hall. In 1638 the records show that Joseph Kingsbury deeded one acre of his land abutting on High Street to the town of Dedham for a church site. A second structure for Old First Parish Church was erected on the same site at the corner of Court and high Streets in 1763. In 1819 ownership of the church passed to the Unitarians.The records go on to note that Joseph was in turn given an acre of land to replace that which he had given for the church. However, this land was rocky swamp land and the land he gave the church was prime land. Joseph held against the town fathers for some time and apparently this was the basis for a long feud between Joseph and the Church fathers. In several official writings of the church Joseph Kingsbury is noted as having a bad temperament and was not allowed into the church fellowship. For his part, Joseph appaently did not want to be part of this church body. Later Joseph was again called upon for land and he granted another acre of his land to the town for a burying place. With this in mind, there is some question as to why Joseph was buried in Norfolk. Among the records of Dedham it is noted that the first child born in the Community was Ruth Morse, born 7-3-1637 and Mary Kingsbury, born 9-1-1637 was the second. The Church of Dedham was "gathered' on 9-8-1638, but Joseph was not one of its originators. In fact, he was apparently rejected at the time because he was considered too worldly and "the Lord left him into a such a distempered passionate flying out on one of the Company that we thought him unfit for the church". This could refer back to the problems over the tract of land for the church. Millicent Kingsbury was accepted into the church on 4-24-1639 and Joseph finally admitted on 6-26-1641. In the writings of Arthur F. Kingsbury in 1912, it is interesting to note that the majority of the descendants of Joseph
Kingsbury for a period of over 275 years lived their lives within a 15 mile radius of Dedham. Joseph was apparently a skilled metal worker and mechanic, in addition to his farming endeavors. A young man who trained under him, Robert Crossman, married his daughter Sarah. In 1638 he as not admitted to the Dedham Church because he was "too much addicted to the world", but on the 9th of the 2nd month 1641 the church wa persuaded of repentance and faith and he was received. Perhaps in keeping with his long feud with the church, Joseph was buried in Norfolk Cemetery.

Dedham Births & Burialls recorded in Boston 1635 - 1643
Transcribed by Coralynn Brown
The Register of the Births and Burialls in DEDHAM from the Yeare 1635 unto the Yeare 1643.

From the "Great Migration Newsletter":
Joseph Kingsberry (De): Joseph Kingsbury of whom mention was made before that he was left out of the foundation of the church for some cause there mentioned? was admitted to Dedham church on 9 April 1641 [DeChR 24-25]. On 18 July 1637, the town of Dedham authorized Ezechiell Holliman of our society to turn over his lot, as also that which he purchased of Raffe Shepheard, unto John Kingsbery & Joseph his brother? [DeTR 1:32]. On 1 September 1637, ?Mary, the daughter of Joseph & Millicent Kingsbury? was born at Dedham [De VR 1]

Built in 1755 by John Bird. It was built on 216 acres which is now known as Bird Hill. John lived in the house with his wife Mary Lyon. The land and house have both changed over the years. Some of the low areas have been filled in and high ground has been leveled. Some of the original farmland was used for a glue factory and then the land was subdivided into many different building lots in 1810 when the property was sold to John and Joseph Kingsbury. 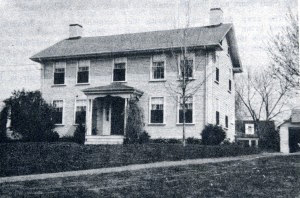 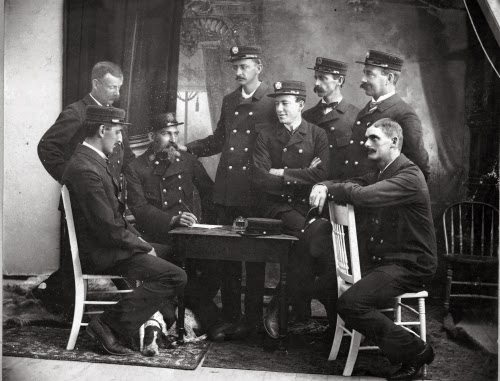 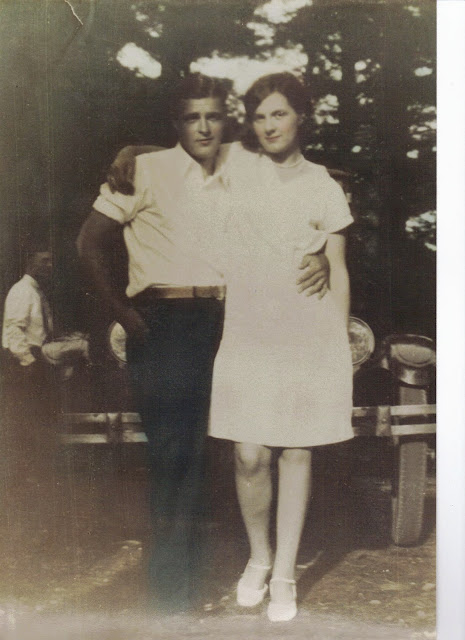 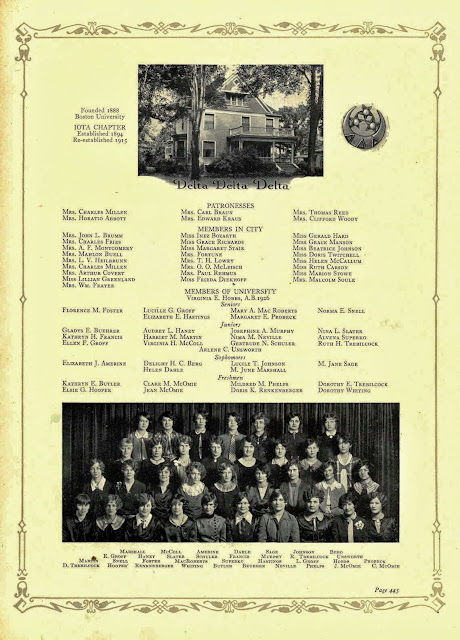 Francis Whiting Kingsbury wife of Lewis Hall Kingsbury son of Samuel and Hannah (Hall) Kingsbury of Walpole, Mass., and was born on September 28, 1814, the youngest of nine children; married Eunice A. daughter of John Aldis and Judith (Richards) Haven, of Dedham, who died in June 1882. In November, 1887, he married Frances M. Whitney. He died in Boston on December 9, 1892, as the result of an accident which occurred on the 8th, while he was there on business for the Dedham National Bank.

He received a common school education in his native town, and after following various pursuits while living in Allegheny County, New York, he came to his uncle, Mr. Hall of Framingham, and with him visited his oldest sister, Mrs. J. N. E. Mann, of Dedham, on Christmas Day, 1838. From this time he has been actively identified with Dedham history. In the spring of 1842, he became a clerk in the Registry of Deeds and continued in that capacity until September, 1844, when he was appointed as clerk in the Dedham Bank. In December, 1846, Ebenezer Fisher Jr., cashier of the bank resigned, and Mr. Kingsbury was chosen to fill his place, entering upon his duties on January 1, 1847. Upon the reorganization as a National Bank in January 1865, he was elected President to follow Dr Jeremy Stimson. In 1873 at the request of Mr. John H. B. Thayer, the retiring cashier he assumed the duties of that position, with Ezra W. Taft as president. In January, 1885, he was again elected President and continued in that ofiice until his death. For thirty years Mr. Kingsbury has served the town as Treasurer, and in all the offices which he has held, has shown marked character and ability. He was a member of the Dedham Historical Society from September 5, 1865, to the time of his death. From Dedham Historical Society Register 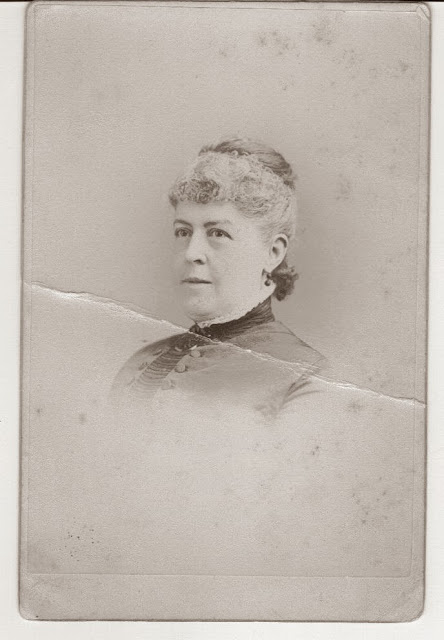 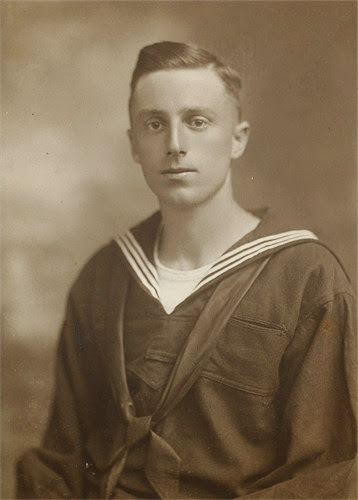 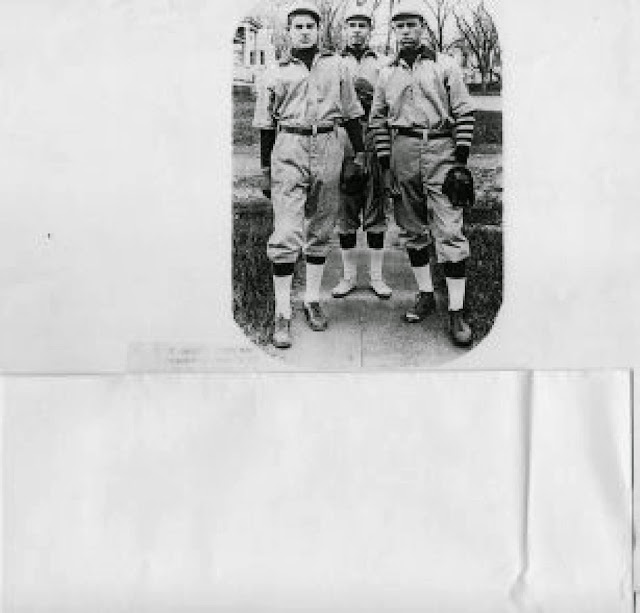 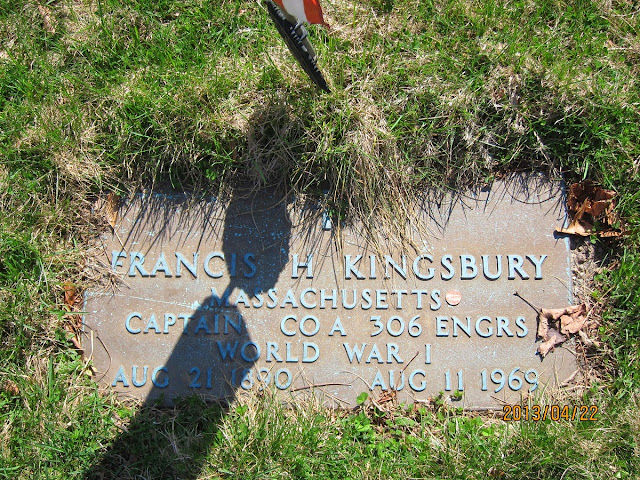 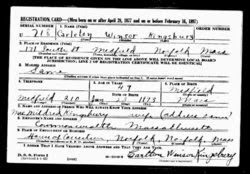 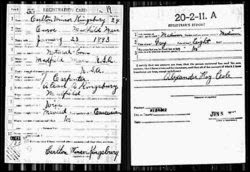 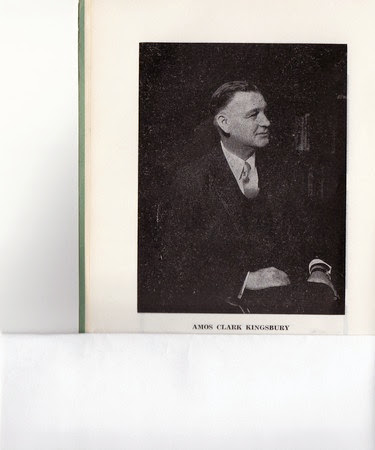 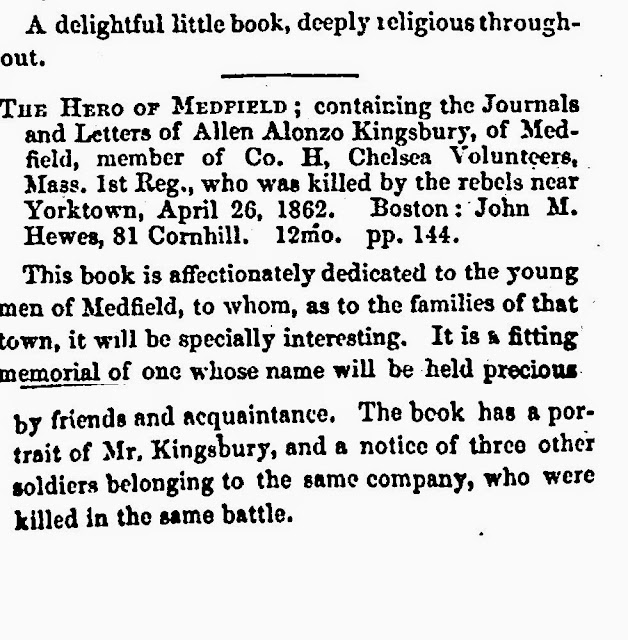 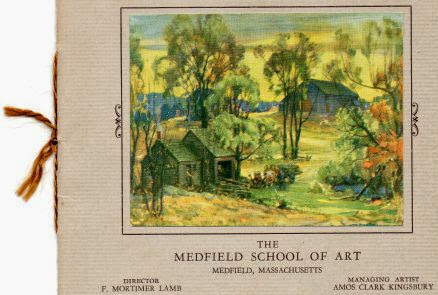 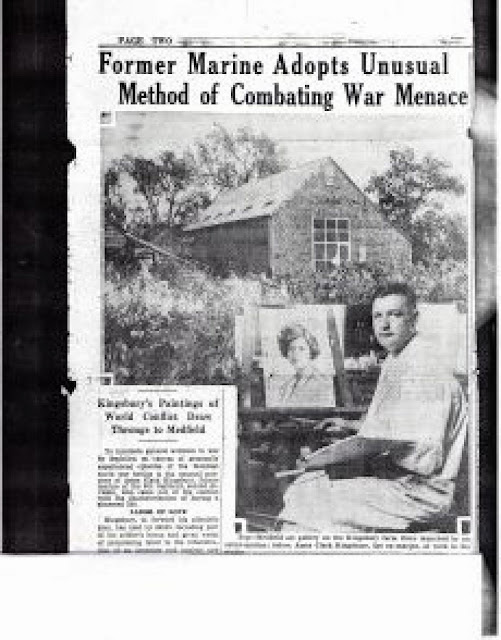 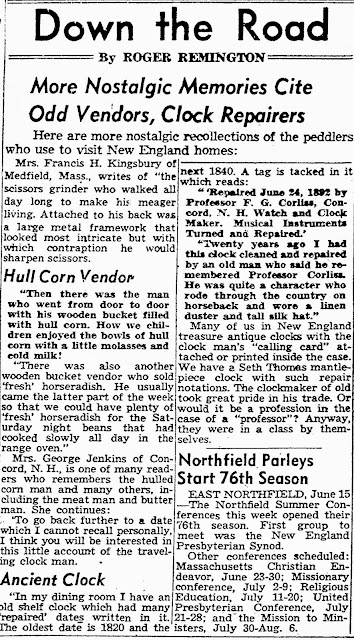 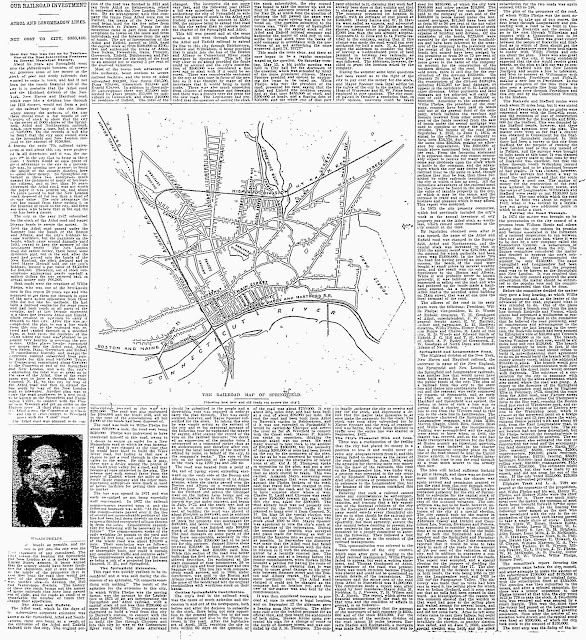