Pearsons cook up a name for themselves 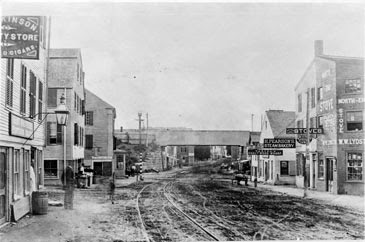 
Here is a little tidbit to nibble on: The first commercial bakery in America was birthed right here in the Port. The start of an empire began in 1792 when the Pearson clan began production of a specialty cracker known as Pilot Bread, or ship’s biscuit, a refined version of hardtack.

The Pearson name was well established way before their hot buns hit the market; they were one of the 20 industrious families who established Rowley (1639) under the charge of the Rev. Ezekiel Rogers. John Pearson, the lineal forerunner, was responsible for erecting the first Fulling-mill in the North American Colonies on Mill River and used a cedar tenter-post, brought from England (1643).

The mill was for the manufacturing of cloth; however, prosperity allowed for expansion and the Pearsons began operating a number of grist mills. One of the earliest ones, the Short-Pearson mill, was destroyed by a fire in June 1813, but Silas built another mill that remained in the family until 1843. These grist mills provided the necessary ingredients and resources to operate Pearson & Sons bakeries.

From early on, law officials cooked up strict regulations for bakers. In November 1646, the General Court of the Colony of Mass Bay ordered “that every baker shall have a distinct mark for his bread & keep ye true assise thereof” (Currier, History of Newburyport). The weight and price of bread were fixed by three elected persons in town who would post notices giving the variations in the weight of bread according to the condition of the wheat market.

After Newburyport became incorporated, bakers were ordered by selectmen Berry, Bartlett and Atkins to comply with the same assise and customs as Boston and Charlestown (Currier). The Pearsons were immersed in the market and never bit the hand that fed them; thus, they made lots of dough.

According to town records, the Pearson bakery locations were originally on Middle and Centre streets. They had a simple recipe for success and their product was the major staple for sailing vessels. There was no secret formula, just flour and water; it was the perfect sustenance on long voyages and military campaigns all over the world for years. The shelf life was long and the cost was cheap. The biscuits were 8-9 ounces each and packed into sacks weighing 55-60 pounds and a ration of two biscuits a day.

Robinson in “The Bugs that Bugged the Colonists” notes that the sailors appreciated the tunnels and galleries chewed in their hardtack by a variety of invaders, known universally as weevils, making the rock-hard bread easier to chew as well as adding a little flavor and a bit of protein.

Civil War Union soldiers were known to grumble about hardtack rations due to weevils that ferreted into the crackers after months of storage.

However, Potomac boys found a bit of humor in the situation, nicknaming their allotted grub as “jawbreakers” or “worm castles.” They would often need to wallop their biscuits with the butt of their rifles in order to ingest them. One journal entry from a soldier admits, “They eat better than they look and are so much clear gain in the way of fresh meat.”

By 1869, the Pearson & Sons were well established as the Newburyport Herald asserted “this bakery was probably the most perfect in the state.” John Jr. was the foreman, supplying the whole country as well as the West Indies. A fire that year left the plant in ashes, but he was not about to crumble after his factory went up in flames, and opened another location debuting Pearson’s Cream Biscuit “so light, nutritious, and pleasant that nothing has equaled its kind” (Portsmouth Journal of Literature and Politics).

In December of the same year, Pearson was praised again for “always studying out something for the good of mankind” for his tasty Fruit Biscuit with currants. The soda cracker was raised to a new level and promised “good eating without accessories with it” (Daily Eastern Argus, Portland, Maine).

A New Year novelty followed with an Amber Biscuit, a spicy gingerbread cake, and finally the Ralston Health Biscuit.

In 1890, the Northwestern Miller noted “the cracker pool is stated to now embrace John Pearson & Son, of Newburyport, Ma.” The plant was transferred to the cracker cartel, the New York Biscuit Company, which became known as Nabisco.

In 1997, Nabisco tried to capsize the sea biscuit, but Americans were just not ready to jump ship. After several thousand calls and complaints on this “culinary blasphemy” accusing the company of desecrating an historical icon, Nabisco revived the Crown Pilot Cracker.

In the Custom House Maritime Museum, there are two of the original boxes used by Pearson. Stop by for a tour and find out the sweet course that made them bread winners and not loafers! 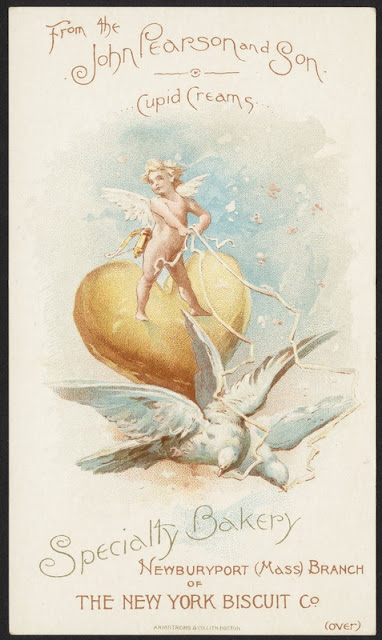 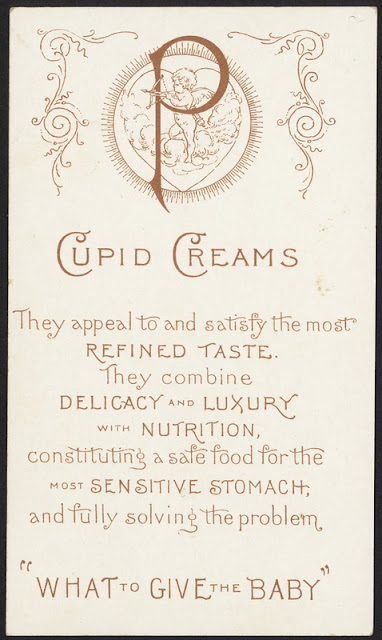 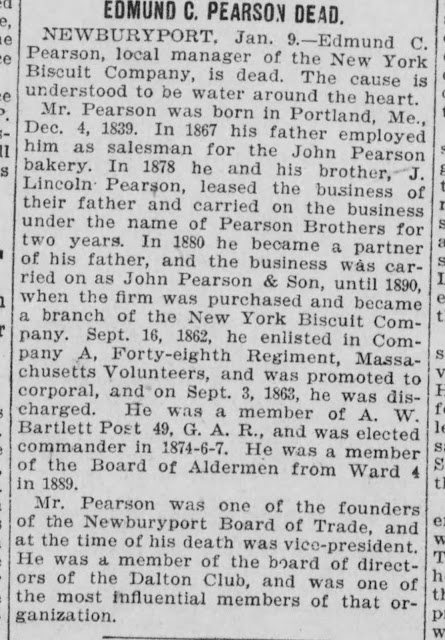 Posted by Melissa Davenport Berry at 6:05 AM