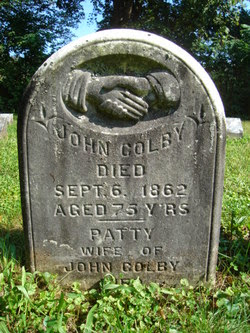 Parents of this John are unknown to me at present. Their son John was married to Patty Blood. Miranda Comfort FULLER was born on 23 JUN 1793 in Grafton, Windham County, Vermont. She died on 26 OCT 1875 at Preston, Fillmore County, Minnesota. 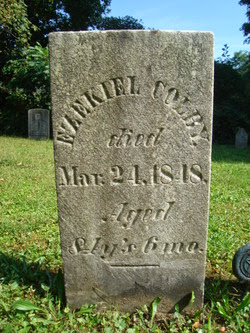 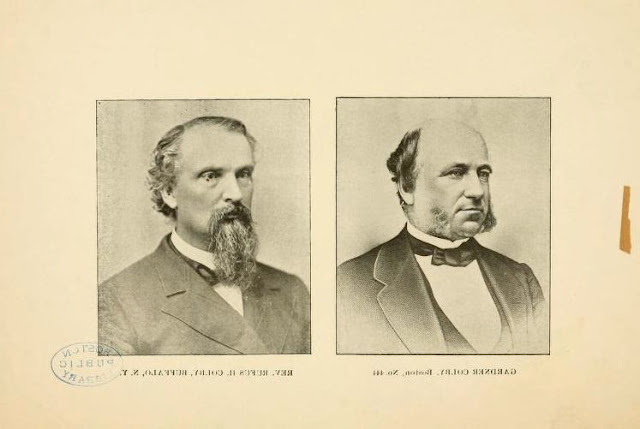 John Colby grave (see above) Buried: Carimona Cemetery, Fillmore County, MN.
Froze to death in snowstorm near Cazenove Creek His family lived in the Holland area, had several children. John and Miranda lived east of Holland Village, and barely survived the "cold summer" of 1816. John was caught in the first snowstorm of the season while searching for his cattle. He was found covered with snow not far from another settlers's cabin. Here is the story from Centennial history of Erie County, New York : being its annals from the earliest recorded events to the hundredth year of American independence (1876)

In this year, also, Leonard Cook, who still survives, residing upon Vermont Hill, opened the first store in the present town of Holland, at what is now Holland village.

That same fall there occurred in that locality one of those events which most strongly excite the feelings of a frontier settlement, and furnish a subject of conversation for scores of years afterwards.

On the eastern side of Vermont ‘Hill, nearly east from the embryo village, lived John Colby, a young settler, some thirty years of age, with a wife and two small children. Like many others he had been severely straitened by the “cold summer" of I816, and had barely struggled through the succeeding winter. By the autumn of 1817, he obtained a cow and one or two young cattle.

When the first snow of the season came, in the month of November, Colby's cattle and those of a neighbor strayed away, and the two started out in search of them. The neighbor found his and returned home, while Colby continued on in search of his own.

All day and all night his wife expected his return, but he came not. More snow fell during the night. The next morning the news was sent around the neighborhood that John Colby must be lost. The log dwellings of the settlers on the hill were widely scattered, but the news spread rapidly and a goodly number of hardy, active men were soon assembled. The snow of the last night had not entirely obliterated the track of the wanderer, and the searchers followed upon it.

For awhile it pursued the direction in which Colby was probably seeking his cattle. At length, however, it got among the hills and ravines southward from the site of Holland village, and then it would appear as if the traveler had entirely lost track of home, and had wandered aimlessly among those forest-covered steeps. Very likely night had overtaken him before he entered among them.

His friends pursued among the gorges his devious pathway, barely discernible under the new-fallen snow. So tortuous had been his wanderings that, though the searchers pressed on with all practicable speed, the forenoon passed and the afternoon waned ere they discovered aught but the half-covered track of the missing man.

At length, a little before nightfall, as the party was approaching the settlements on Cazenove creek, the leader discovered, curled up at the foot of a tree and covered with snow, something resembling a human form. All -quickly gathered around, and there lay John Colby, dead, only a short distance from the clearing and house of a settler.

It would appear that, having once lost his way, he had become entirely unable to adopt any line of action. When night came on he had wandered about at random among the hills and ravines, growing colder and weaker as he went. Had the obvious expedient of following a stream of water down hill suggested itself to him, it would soon have carried him to a clearing, but nothing of the kind seems to have come into his mind.

So he had struggled on, and at length, toward morning, had leaned against a tree to rest, and then, over come by cold and fatigue, had fallen down in a heap at its foot.

Every event of that kind was pretty sure to be celebrated in rhyme by some rude versifier of the forest. One Simeon Davis was the poetic genius of that locality, and ere long he had turned the mournful story of poor John Colby into verse. No less than two hundred and forty lines were produced by the facile poet, and these being reduced to writing by some admirer, (for Simeon himself was destitute of that accomplishment,) were copied, and repeated, and sung in many a frontier home for more than a score of years. 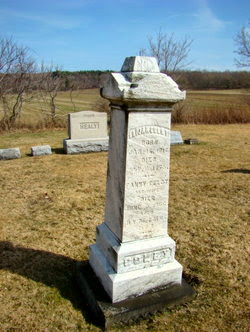