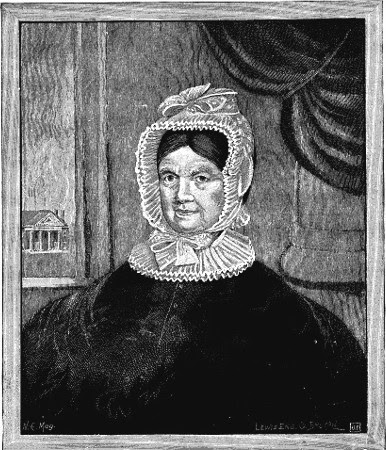 From the original portrait in the possession of the Academy painted by T. Buchanan Read.
The Project Gutenberg The New England Magazine, Volume 1, No. 1, January 1886
Andover Townsman, Andover, MA March 17, 2011
Andover Stories: Abbot Academy a leader in its own right for 150 years
By Francesca Balboni
Andover Historical Society
—
In 1829 Abbot Academy was New England's first incorporated secondary school for girls; today few may realize it ever existed. After 1973, it joined with Phillips Academy to create one, co-educational school. But some of its striking campus remains. And more importantly, its stories remain. Through memories, yearbooks and detailed histories, one can see the adversity and triumphs endured by an all-girls school in a rapidly changing American society.
Without the influence and conservative nature of some Andover residents, a school for girls would not have been built here. To most of New England, higher education was intended for training ministers, with little use to girls. But some in Andover saw a need for female education in order to "to regulate the tempers, to improve the taste, to discipline and enlarge the minds and form the morals of youth," as Abbot's Constitution reads.
While Abbot Female Academy was founded by powerful men - reverends, deacons and bank officials - who enforced morals and ran the town, the true forces behind this venture were Andover's women who otherwise were unable to own property or vote. Perhaps these women hoped simply to improve a woman's station in society. One woman, Sarah Abbot, contributed her widow's fortune to the creation of a campus, resulting in the trustee's decision to name the school after her.
Women would prove to be the key to Abbot's success. With six male headmasters in its first 15 years, it had a shaky start. By the end of the 1850s, however, Abbot began a Golden Age under the McKeen sisters, Philena and Phebe. Under their care, Abbot Academy not only grew physically thanks to tireless fundraising, but also matured academically. Susan McIntosh Lloyd, alumna and historian, suspects that America's dismissal of women's education allowed for students at Abbot to be "free of that thralldom to the ancient college preparatory tradition which Phillips boys suffered under." 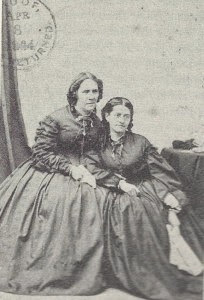 In short, initially Abbot's curriculum, particularly in the modern languages, may have surpassed that of Phillips.During the McKeen era, students became involved with the surrounding community and national events. Even though women had few rights and were relatively cloistered socially during the Victorian years, Abbot Academy provided its students with an environment that encouraged independence and optimism about their futures. They held mock presidential elections and attended political meetings at Town Hall. Girls also heard lectures at the Theological Seminary up the hill. Abbot also welcomed many visitors who exhibited the power and brilliance of women, such as a young Helen Keller and her teacher, Anne Sullivan, and Bronson Alcott, who spoke of his daughters. 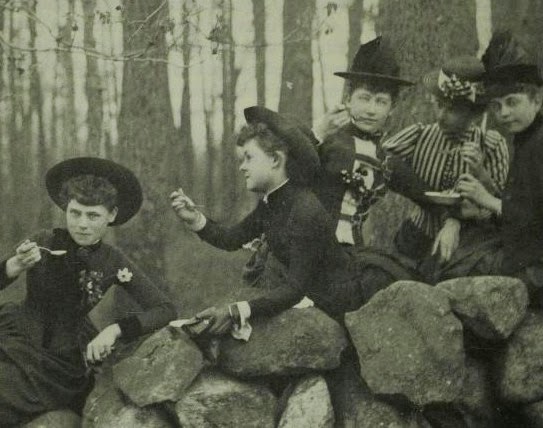 Although the McKeen sisters left Abbot in 1892, many of their traditions lived on in the practices of later headmistresses. Increasingly, Abbot faced new challenges, from prestigious women's colleges to the new prevalence of public schooling to national crises like the Great Depression and two World Wars. As more events seemed to threaten the school's future, Abbot became entrenched in its ways, isolating itself in order to keep out the waves of change. Tellingly, the only new structures erected on campus after 1910 were gates.
The level of academics remained high and the conservative nature of the school appealed to parents, but eventually something had to give. A slackening of tradition was supported by the trustees in the 1960s, which drew more students than any decade prior. In an atmosphere of student protest and change, the girls thrived on helping Abbot adapt. Although the resulting changes led to Abbot's absorption into Phillips, their source represents the true accomplishment of Abbot Academy's goal to form thoughtful and powerful young women.
"Andover Stories" is a weekly column about interesting local people and events, told in celebration the Andover Historical Society's 100 anniversary in 2011. 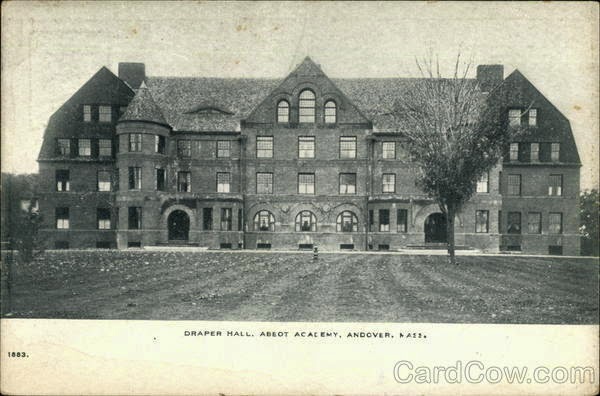 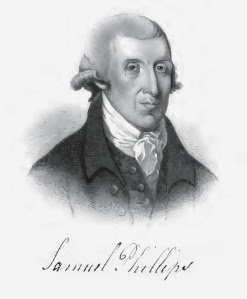 Picture from Jaysteeleblog
Hon. Samuel Phillips (son of Rev. Samuel Phillips), was born Feb. 13th, 1715; graduated at Harvard College 1734; died Aug. 21st, 1790. He was the eldest son and seems to have inherited in a most marked degree the mental and moral character of his predecessors. He was usually known as “Squire Phillips.”
Entering business early in life he conducted the first store in the North Parish of Andover. In 1752 he built the old dwelling house known as “Phillips Manse,” occupied in later years by Phillips Brooks as his summer home. This old mansion is said to be rich in historical relics, among which are the collection of books embracing volumes which came over in the “Arbella” and are of priceless value. After his graduation in 1734 he taught the Grammar School before he engaged in business. In 1775—6 he engaged in the manufacture of powder, having built a mill at great expense, which “blew up” in 1778. In 1788 he built a paper mill. 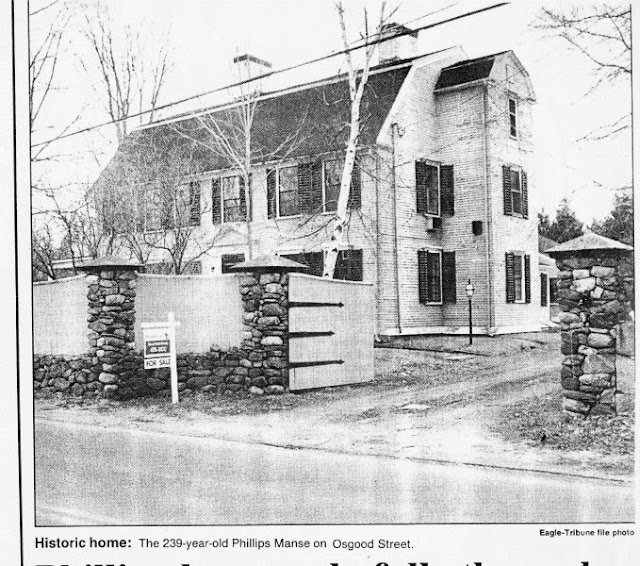 He was often the representative of Andover at the General Court and a member of the executive council before the Revolution, as well as a civil magistrate. His sternness of manner and precision did not contribute to his popularity. By the exercise of strict habits of economy in his business he accumulated a large estate, much of which he devoted to the public good. He founded Phillips Academy at Andover, and with his brother John another famous school (Phillips Exeter Academy) at Exeter, N. H.
His remarkable character is well illustrated in the following authentic record. When his townsmen, Col. James and Gen. Joseph Frey, returned from the taking of Louisborg in 1745, he addressed them on behalf of the citizens in words of honorable praise. Later when the Freys were blamed for their share in the destruction of the Acadian villages he defended them on the ground that “a soldier must obey orders” no matter how offensive to his feelings. During the hard winter of 1756 twenty-Six of these poor Acadians were quartered on the town, and he was the foremost in assisting them to comfortable Shelter and relief. These incidents are related here as Showing the humane instincts which dominated his life, and which revealed themselves in the later generations.
He married July 11th, 1738, Elizabeth, daughter of Theodore Barnard, of Andover. Her letters still extant, are interesting and indicate her character as that of a woman most devout, as well as of pronounced religious views. The lives of this couple are set forth in their epitaph as follows: “THIS PAIR WERE FRIENDS or ORDER IN THE FAMILY, CHURCH, AND COMMONWEALTH,EXAMPLES OF INDUSTRY AND ECONOMY, AND PATRONS OF LEARNING AND RELIGION.
”The "Old Northwest" Genealogical Quarterly, Volume 13
Archives and Special Collections Phillips Academy Andover
Academy Hill: The Andover Campus, 1778 to the Present
Samuel Phillips & Sarah Abbot Society
Life and Letters of Phillips Brooks, Volume 1 By Alexander Viets Griswold Allen
Biographical Catalogue of the Trustees, Teachers and Students of Phillips By Charles Carroll Carpenter
Posted by Melissa Davenport Berry at 4:41 PM