THE PROJECTOR OF THE MOUNT WASHINGTON RAILROAD

By Charles Carleton Coffin
The Bay State Monthly, Volume 3, No. 2 Project Gutenberg
There were few settlers in the Pemigewasset Valley when John Marsh of East Haddam, Connecticut, at the close of the last century, with his wife, Mehitable Percival Marsh, traveling up the valley of the Merrimack, selected the town of Campton, New Hampshire, as their future home. It was a humble home. Around them was the forest with its lofty pines, gigantic oaks, and sturdy elms, to be leveled by the stalwart blows of the vigorous young farmer. The first settlers of the region endured many hardships—toiled early and late, but industry brought its rewards. The forest disappeared; green fields appeared upon the broad intervals and sunny hillsides. A troop of children came to gladden the home. The ninth child of a family of eleven received the name of Sylvester, born September 30, 1803.
The home was located among the foot-hills on the east bank of the Pemigewasset; it looked out upon a wide expanse of meadow lands, and upon mountains as delectable as those seen by the Christian pilgrim from the palace Beautiful in Bunyan's matchless allegory.

It was a period ante-dating the employment of machinery. Advancement was by brawn, rather than by brains. Three years before the birth of Sylvester Marsh an Englishman, Arthur Scholfield, determined to make America his home. He was a machinist. England was building up her system of manufactures, starting out upon her great career as a manufacturing nation determined to manufacture goods for the civilized world, and especially for the United States. Parliament had enacted a law prohibiting the carrying of machinist's tools out of Great Britain. The young mechanic was compelled to leave his tools behind. He had a retentive memory and active mind; he settled in Pittsfield, Massachusetts, and set himself to work to construct a machine for the carding of wool, which at that time was done wholly by hand. The Pittsfield Sun of November 2, 1801, contained an advertisement of the first carding machine constructed in the United States. Thus it read:
"Arthur Scholfield respectfully informs the inhabitants of Pittsfield and the neighboring towns that he has a carding machine, half a mile west of the meeting-house, where they may have their wool carded into rolls for twelve and a half cents per pound; mixed, fifteen cents per pound. If they find the grease and pick the grease in it will be ten cents per pound, and twelve and a half mixed."
The first broadcloth manufactured in the United States was by Scholfield in 1804, the wool being carded in his machine and woven by hand. 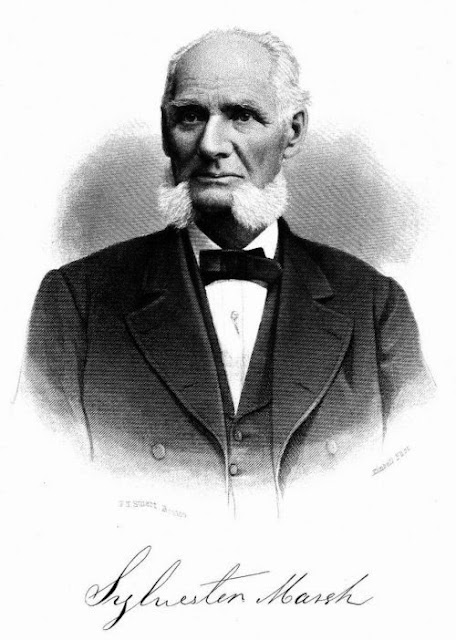 In 1808 Scholfield manufactured thirteen yards of black broadcloth, which was presented to James Madison, and from which his inaugural suit was made. A few Merino sheep had been imported from France, and Scholfield, obtaining the wool, and mixing it with the coarse wool of the native sheep, produced what at that time was regarded as cloth of superior fineness. The spinning was wholly by hand.
The time had come for a new departure in household economies. Up to 1809 all spinning was done by women and girls. This same obscure county paper, the Pittsfield Sun, of January 4, 1809, contained an account of a meeting of the citizens of that town to take measures for the advancement of manufactures. The following resolution was passed: "Resolved that the introduction of spinning-jennies, as is practiced in England, into private families is strongly recommended, since one person can manage by hand the operation of a crank that turns twenty-four spindles."
This was the beginning of spinning by machinery in this country. This boy at play—or rather, working—on the hill-side farm of Campton, was in his seventh year. Not till he was nine did the first wheeled vehicle make its appearance in the Pemigewasset valley. Society was in a primitive condition. The only opportunity for education was the district school, two miles distant—where, during the cold and windy winter days, with a fire roaring in the capacious fire-place, he acquired the rudiments of education. A few academies had been established in the State, but there were not many farmer's sons who could afford to pay, at that period, even board and tuition, which in these days would be regarded as but a pittance.
Very early in life this Campton boy learned that Pemigewassett valley, though so beautiful, was but an insignificant part of the world. Intuitively his expanding mind comprehended that the tides and currents of progress were flowing in other directions, and in April, 1823, before he had attained his majority, he bade farewell to his birthplace, made his way to Boston—spending the first night at Concord, New Hampshire, having made forty miles on foot; the second at Amoskeag, the third in Boston, stopping at the grandest hotel of that period in the city—Wildes', on Elm street, where the cost of living was one dollar per day. He had but two dollars and a half, and his stay at the most luxurious hotel in the city of thirty-five thousand inhabitants was necessarily brief. He was a rugged young man, inured to hard labor, and found employment on a farm in Newton, receiving twelve dollars a month. In the fall he was once more in Campton. The succeeding summer found him at work in a brick yard. In 1826 he was back in Boston, doing business as a provision dealer in the newly-erected Quincy market.
But there was a larger sphere for this young man, just entering manhood, than a stall in the market house. In common with multitudes of young men and men in middle age he was turning his thoughts towards the boundless West. Ohio was the bourne for emigrants at that period. Thousands of New Englanders were selecting their homes in the Western Reserve. At Ashtabula the young man from Quincy market began the business of supplying Boston and New York with beef and pork, making his shipments via the Erie Canal.
But there was a farther West, and in the Winter of 1833-4 he proceeded to Chicago, then a village of three hundred inhabitants, and began to supply them, and the company of soldiers garrisoning Fort Dearborn, with fresh beef; hanging up his slaughtered cattle upon a tree standing on the site now occupied by the Court House.
This glance at the condition of society and the mechanic arts during the boyhood of Sylvester Marsh, and this look at the struggling village of Chicago when he was in manhood's prime, enables us to comprehend in some slight degree the mighty trend of events during the life time of a single individual; an advancement unparalleled through all the ages.
For eighteen years, the business begun under the spreading oak upon what is now Court House square, in Chicago, was successfully conducted,—each year assuming larger proportions. He was one of the founders of Chicago, doing his full share in the promotion of every public enterprise. The prominent business men with whom he associated were John H. Kuisie, Baptiste Bounier, Deacon John Wright, Gurdon S. Hubbard, William H. Brown, Dr. Kimberly, Henry Graves, the proprietor of the first Hotel, the Mansion house, the first framed two-story building erected, Francis Sherman, who arrived in Chicago the same year and became subsequent builder of the Sherman House.
Mr. Marsh was the originator of meat packing in Chicago, and invented many of the appliances used in the process—especially the employment of steam.
In common with most of the business men of the country, he suffered loss from the re-action of the speculative fever which swept over the country during the third decade of the century; but the man whose boyhood had been passed on the Campton hills was never cast down by commercial disaster. His entire accumulations were swept away, leaving a legacy of liability; but with undaunted bravery he began once more, and by untiring energy not only paid the last dollar of liability, but accumulated a substantial fortune—engaging in the grain business.
His active mind was ever alert to invent some method for the saving of human muscle by the employment of the forces of nature. He invented the dried-meal process, and "Marsh's Caloric Dried Meal" is still an article of commerce. See Mount Washington Cog Railroad

While on a visit to his native state in 1852, he ascended Mount Washington, accompanied by Rev. A.C. Thompson, pastor of the Eliot Church, Roxbury, and while struggling up the steep ascent, the idea came to him that a railroad to the summit was feasable and that it could be made a profitable enterprise. He obtained a charter for such a road in 1858, but the breaking out of the war postponed action till 1866, when a company was formed and the enterprise successfully inaugurated and completed.
Leaving Chicago he returned to New England, settling in Littleton, New Hampshire, in 1864; removing to Concord, New Hampshire, in 1879, where the closing years of his life were passed.
Mr. Marsh was married, first, April 4, 1844, to Charlotte D. Bates, daughter of James Bates of Munson, Massachusetts. The union was blessed with three children, of whom but one, Mary E. Marsh, survives. She resides in New York. Mrs. Marsh died August 20, 1852, at the age of thirty-six years. She was a woman of the finest mental qualities, highly educated, and very winning in her person and manners.
Mr. Marsh married, second, March 23, 1855, Cornelia H. Hoyt, daughter of Lumas T. Hoyt of St. Albans, Vermont. Three daughters of the five children born of this marriage live and reside with their mother in Concord, New Hampshire. Mr. Marsh died December 30, 1884, in Concord, and was buried in Blossom Hill Cemetery.
Mr. Marsh was to the very last years of his life a public-spirited citizen, entering heartily into any and every scheme which promised advantage to his fellow man. His native State was especially dear to him. He was very fond of his home and of his family. He was a devout Christian, and scrupulous in every business transaction not to mislead his friends by his own sanguine anticipations of success. His faith and energy were such that men yielded respect and confidence to his grandest projects; and capital was always forthcoming to perfect his ideas.
He had a wonderful memory for dates, events, and statistics, always maintaining his interest in current events. Aside from the daily newspapers, his favorite reading was history. The business, prosperity, and future of this country was an interesting theme of conversation with him. In business he not only possessed good judgment, wonderful energy, and enthusiasm, but caution.
He was philosophical in his desire to acquire wealth, knowing its power to further his plans, however comprehensive and far-reaching. Immense wealth was never his aim. He was unselfish, thinking ever of others. He had a strong sense of justice, and desired to do right—not to take advantage of another. He was generous and large in his ideas. He was benevolent, giving of his means in a quiet and unostentatious way. He took a great interest in young men, helping them in their struggles, with advice, encouragement, and pecuniary assistance. Students, teachers, helpless women, colored boys and girls, in early life slaves, came in for a share of his large-hearted bounty, as well as the Church with its many charities and missions.
Mr. Marsh was a consistent Christian gentleman, for many years identified with the Congregational denomination. He was a Free Mason; in politics he was an anti-slavery Whig, and later a Republican. In private life he was a kind, generous, and indulgent husband and father, considerate of those dependent on him, relieving them of every care and anxiety.
He was a typical New Englander, a founder of institutions, a promoter of every enterprise beneficial to society.