The Creesy's of Marblehead, Donald Mckay & The Flying Cloud 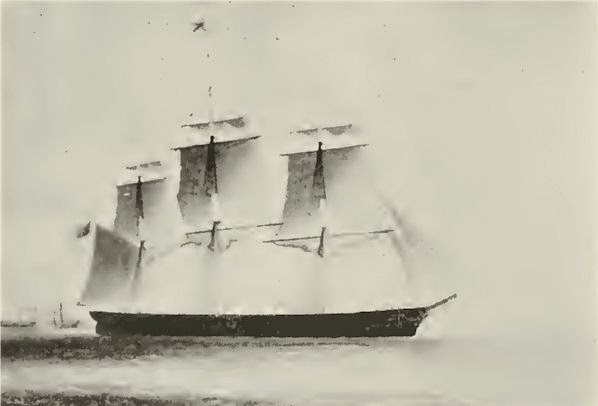 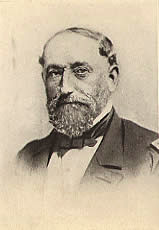 Eleanor Horton Prentiss Creesy (September 21, 1814–August 25, 1900), daughter of Captain Joshua Prentiss III, who died when she was three, and stepdaughter/niece of Lt. John Elbridge Prentiss of the US Navy, who married her mother when Eleanor was just eight. Ellen and Perk, as they were known, both grew up in Marblehead, Massachusetts, where they fell in love with the sea and each other.
Note: Creesy spelled Cressey, Cressy
Creesy was the master of the clipper ship Flying Cloud - built by Donald McKay in Boston - on two record-setting voyages from New York to San Francisco around South America's Cape Horn. See David Burkhart Article 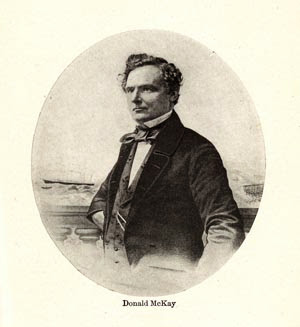 In 1851, aided by his wife Eleanor (Prentiss), a master navigator who plotted the clipper's course using dead reckoning around the Horn, due to a constant overcast that prevented her from fixing their position via the sun, the couple guided the clipper safely to San Francisco in 89 days and 21 hours. In 1854 they bested that record, completing the voyage in 89 days and 8 hours. The Cressys' and the Flying Cloud's record stood until 1989 when it was surpassed by the high-performance racing sloop Thursday's Child. Captain Creesy served in the Union navy during the Civil War as captain of the Ino. He also later served in the Massachusetts legislature and as an alderman of Salem. Both Captain and Eleanor Creesy were renowned among mariners the world over. They are buried together in Salem, Essex County, Massachusetts.
See The Woman Who Guided the Flying Cloud Harper's New Monthly Magazine Volume 68 1884 Article The Old Packet and Clipper Service
Captain Josiah P. Creesy, of the Flying Cloud, owned by Grinnell, Minturn, and Co., was presented by the Board of Underwriters with a service of plate on the 3d of February, 1855. Mr. Walter R. Jones, president of the board, said: “Sir, on your late passage from China, when in command of the celebrated ship Flying Cloud, with a rich and costly cargo of delicate goods, the total value of which probably amounted to a sum between a million and a million and a quarter of dollars, you encountered adverse currents and stormy and foggy weather, which carried your ship upon a coral reef on the. 7th of August last, in the China seas striking with such severity that her bow was raised out of water three or four feet. her shoe taken ofl’ her keel, and her keel itself out through to the bottom planking, causing her to leak badly and to make a great quantity of water. With a skill that none but a first-rate ship-master possesses, you soon extricated her from her perilous situation, without cutting away her masts or making any other great sacrifice, which is often done, nominally for the benefit of whom it may concern, proving very frequently, however, to the great detriment of all concerned. In a very short time you had her afloat, ready to proceed, when the important question arose in your mind where you should go, on the settling of which much depended. Again your good judgment manifested itself. The expensive and costly ports in the straits were near at hand. You determined to avoid them. and no one can say how much you saved to those interested in your valuable ship and cargo, but it is reasonable to suppose that those concerned have been saved at least thirty thousand dollars, and probably much more. In fact, no one can probably tell the extent of saving with much accuracy; all know it to have been very large. Walter R Jones Portrait from Old Historic Long Island 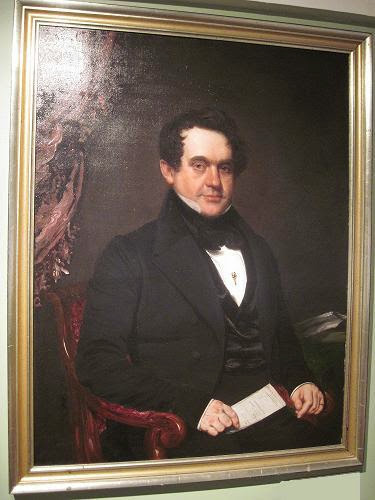 “At that time your qualifications as a skillful commander again became manifest, and you seem also to have combined in yourself the talents of the merchant as well as the ship-master. After relieving your ship, your attention was directed to the next best movement, and in that you rendered us an important service; instead of running your ship into an expensive port. before referred to, where the positive and known charges would have amounted to a very large sum, you examined the condition of the vessel and the means at' your command, and although your crew was weak and insufficient, you made up your mind to proceed homeward, and, with a very leaky ship, you left the China seas. and in a very short time thereafter. to the great relief of the underwriters, you reached this port in safety, and with scarcely a damaged package on which a claim could be made on the underwriters.”

Captain Creesy was then presented with “a choice and weighty service of plate." He replied that though he had merely done his duty as a ship-master, he was “very far from being ungrateful for the beautiful and valuable testimonial. The sailor,” he added, “amid the difficulties, dangers, and responsibilities of his profession, often feels the need of appreciation and sympathy. These are his best reward and highest encouragement.” After noting the remarkable fact that Captain Creesy. between the years 1845 and 1850, had made five voyages from New York to Anjer which did not vary twenty-four hours in length, and no one of which was more than ninety days, the New York Evening Post said: “The captain seems to have a propensity for ninety day voyages. He is one of the most skillful sailors in the American merchant service.” 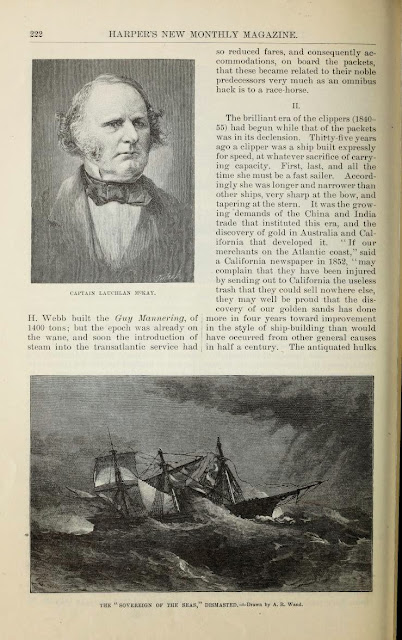 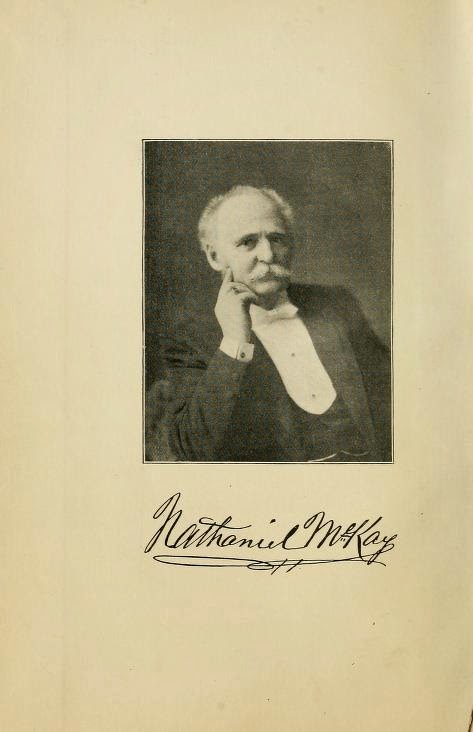 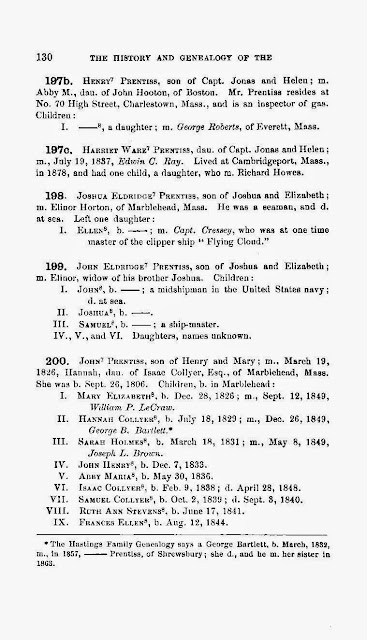 Posted by Melissa Davenport Berry at 7:06 AM