Jacob married 11 June 1797 in Newburyport to Lois Gyles Parsons b 9 Feb 1765 Newburyport, d 12 Aug 1828 Newburyport.daughter of Capt. Jonathan Parsons and Hannah Gyles Parsons.
See The Giles Memorial. Genealogical Memoirs of the Families Bearing the Names Gould, Holmes, Jennison, Leonard, Lindall, Curwen, Marshall, Robinson, Sampson, and Webb; also genealogical sketches of the Pool, Very, Tarr and other families, with a history of Pemaquid, ancient and modern; some account of early settlements in Maine; and some details of Indian warfare (1864)  John AdamsVinton

Stone joined Newburyport’s Marine Society in 1801, climbing its ranks from Secretary to Vice President. His first entry at the Newburyport Custom House chronicled a cargo journey from the East Indies in March of 1805. Pictures from Michaans Auction blog 2013 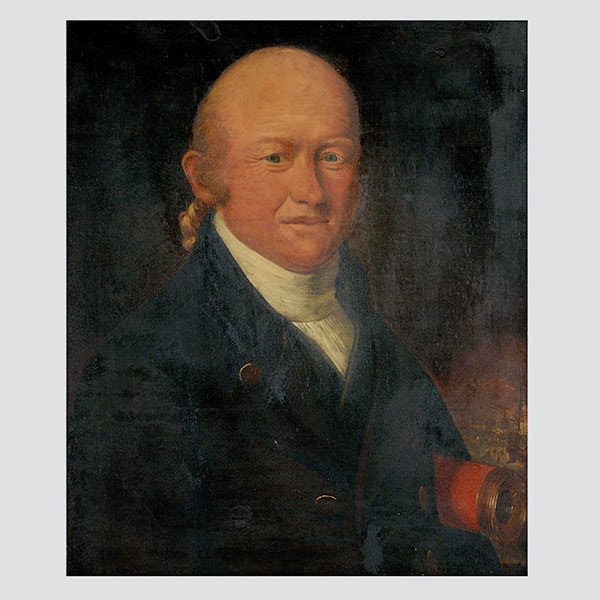 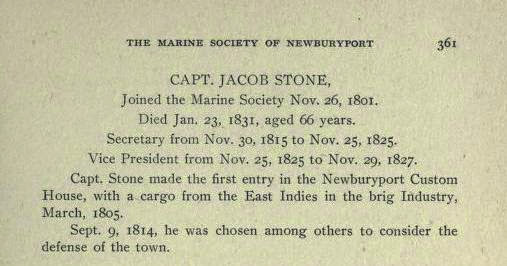 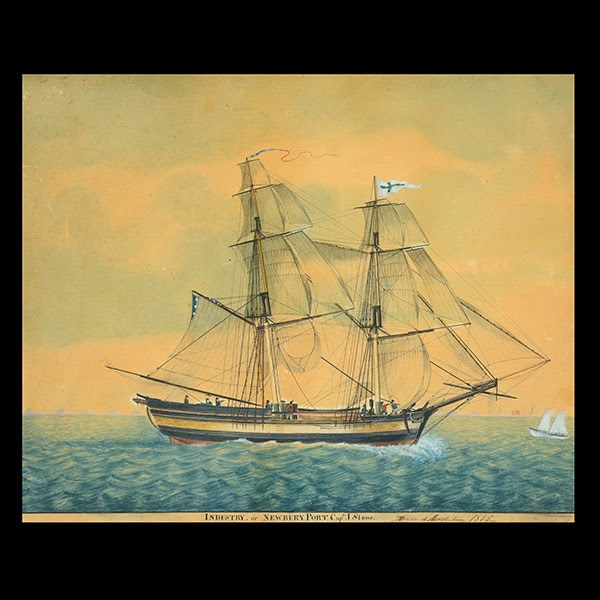 An 1805 watercolor painting of the American Brig Industry of Newburyport
“Surrender the loot! A wonderful painting from my collection, vexes me to see it go.” 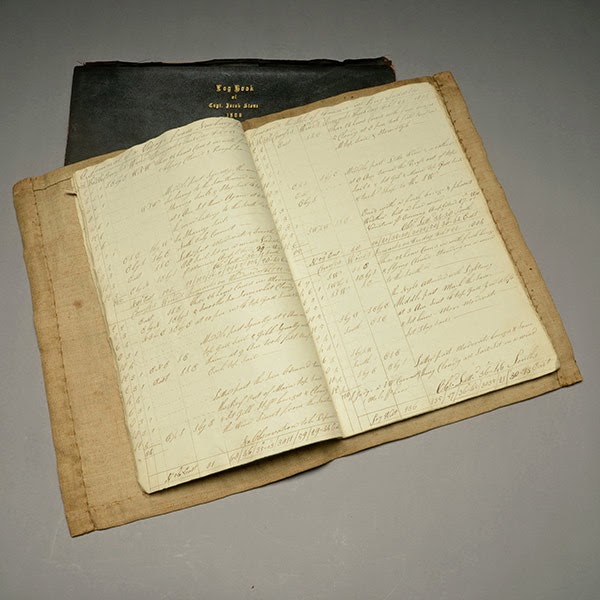 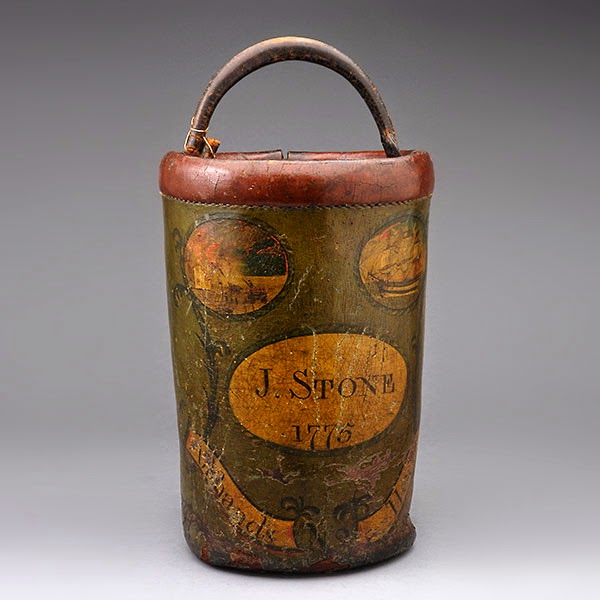 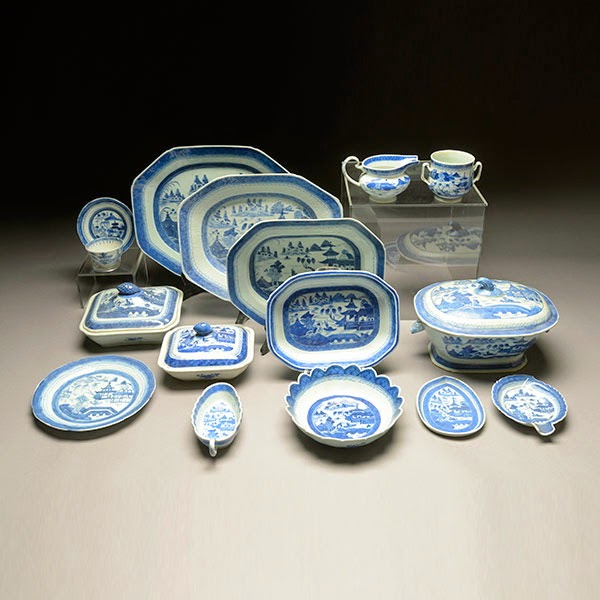 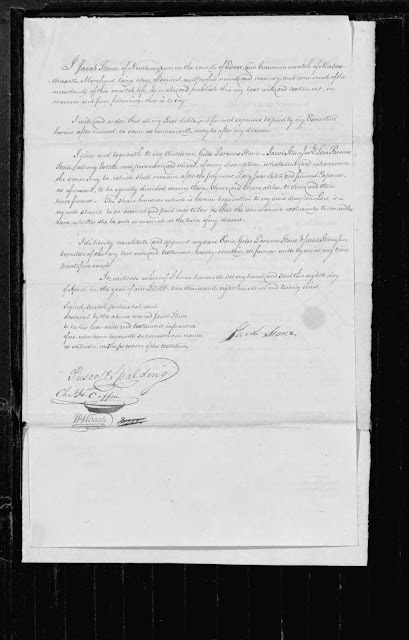 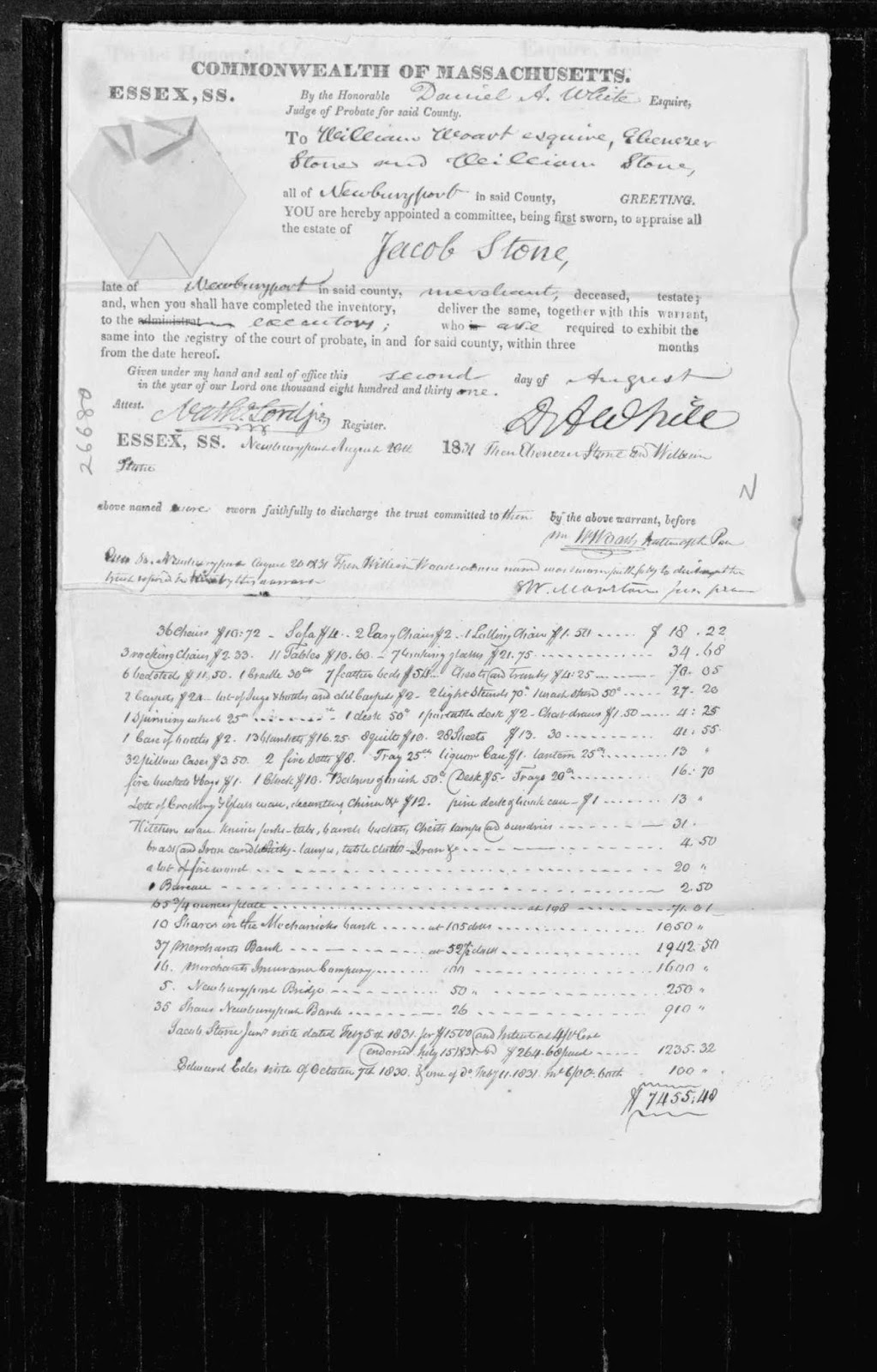 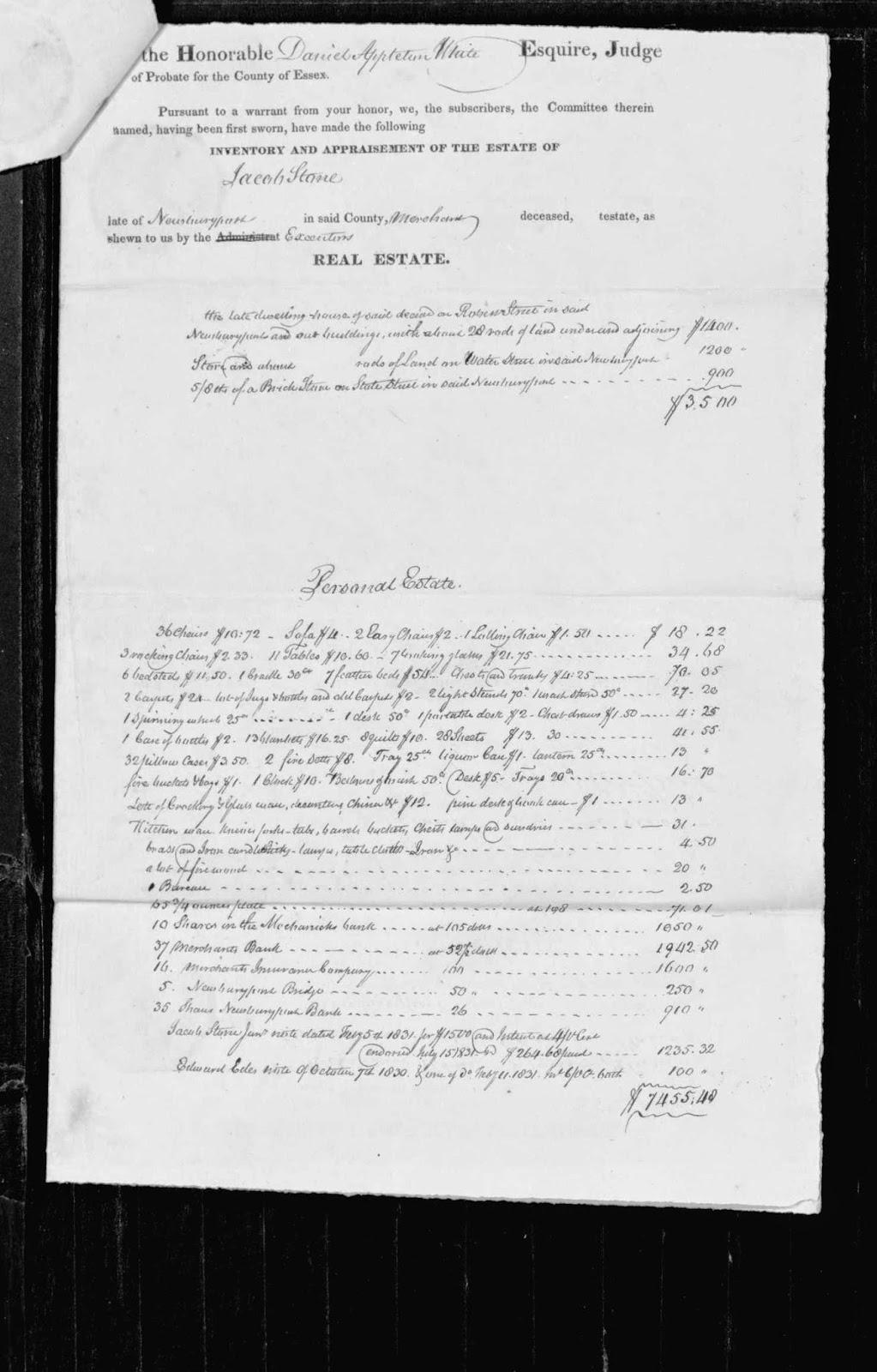 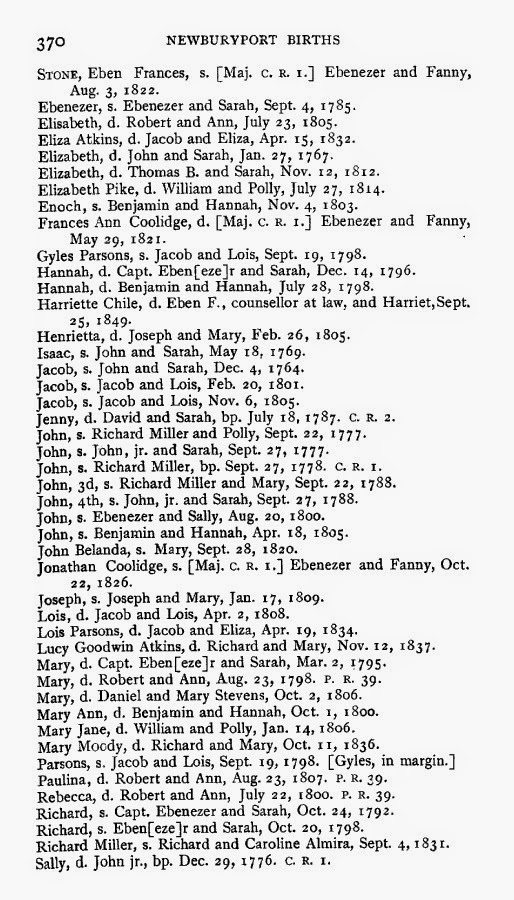 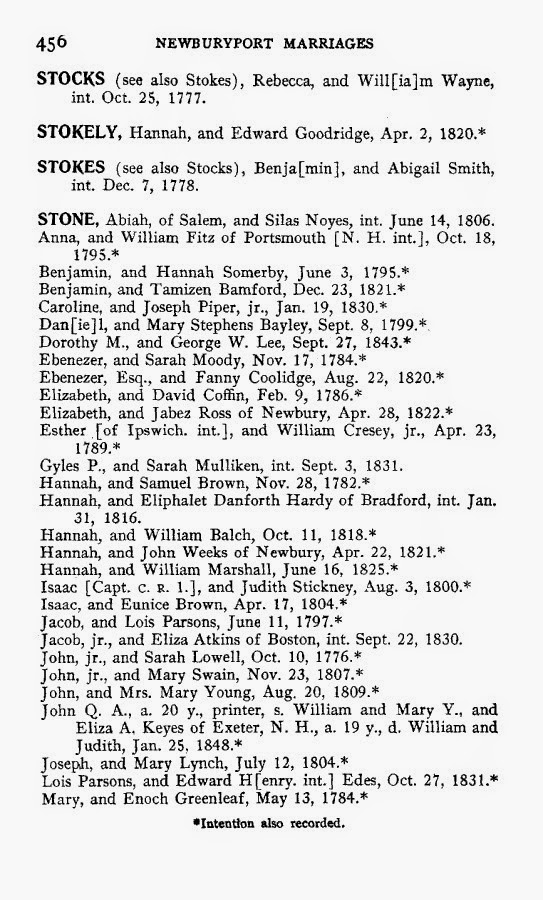 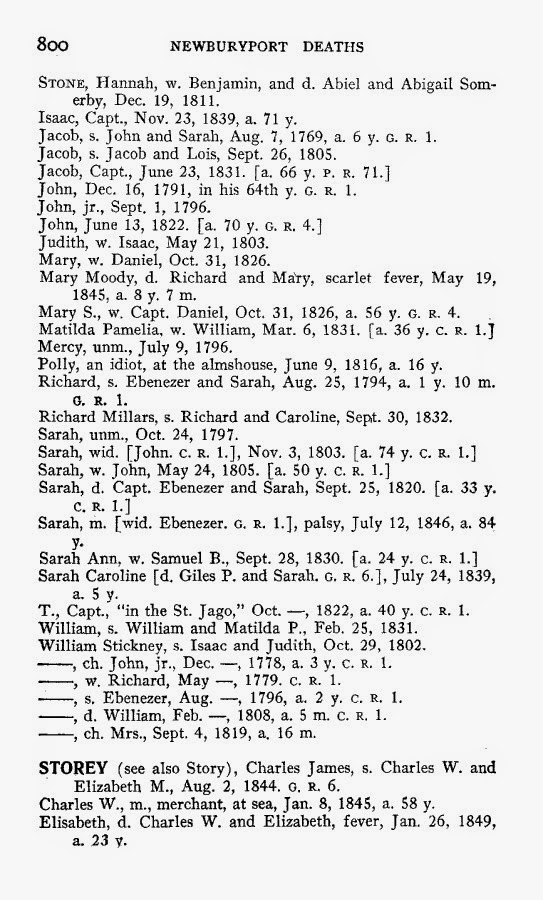 CAPT. GILES P. STONE
Joined the Marine Society Nov. 24, 183 1.
Died April 29, 1876, aged 77 years, 9 months.
Treasurer from Nov. 28, 1839 to Nov. 26, 1846.
Vice President from Nov. 26, 1846 to Nov. 27, 1862.
President from Nov. 27, 1862 to his death, April 29, 1876.
Capt. Stone was born Sept. 19, 1798. His first voyage was
taken when he was 18 years old. Became master of the brig Leo
when he was 21. Feb. 24, 1823, while lying in the harbor at Porto
Rico, he was boarded by prirates who tied the captain's and mates'
hands behind their backs and threatened to kill them if they did
not give up their money, breaking open the trunks and taking
$700. They then went forward and wounded two of the crew, who
made so much noise that the pirates fled, taking with money all the
captain's and mates' clothing. Capt. Stone's last voyage was in
the ship Alciope in 1836 to St. Petersburg, where he attended the
festival celebrated in honor of the birthday of the empress. His
grandfather, Capt. Jonathan Persons, was the first president of
the Marine Society.
Stone-Goodwin-Parsons papers
Collection contains the papers of three interrelated families of Newburyport, Mass., 1739-1918.
Letters from banker Jacob Stone of Newburyport, Mass. to his lifelong friend Hiram Knapp of St. Johnsbury, Vt. and later of Boston. The letters concern family, friends, Newburyport, banking, and economic conditions, including the depression of 1857. Collection also contains a few Stone family papers, including several letters from Goodwin A. Stone of the 2nd Mass. Cavalry stationed in Virginia during the Civil War; and a genealogical chart
The Parsons papers include a sermon (1739) and other papers of Jonathan Parsons, pastor of the Presbyterian Church in Newbury, Mass., family records, including a pre-nuptial agreement (1790), and genealogical information. The Goodwin family papers include family correspondence and records, in particular their connections with the Stone family, and the will of Nathaniel Goodwin (1817). The largest part of the collection consists of the Stone family papers including those of Jacob Stone and his son, Jacob Stone, Jr., including a biographical sketch of the latter, (b. 1805); deeds and mortgages to the land in Newburyport; papers of George F.P. Stone; Henry A. Stone family letters written during his service in the Civil War; and biographical material on Goodwin Atkins Stone, who was in the Second Mass. Volunteer Calvary, and died as a result of injuries at the Battle of Aldie, near Falls Church, Va., during the Civil War, 1864. Also, various Stone family letters and genealogical information, and a copy of a letter from Oliver Wolcott to Major General Samuel Holden Parsons (1779)

The Essex Genealogist, Volumes 6-7
Ship Registers of the District of Newburyport, Massachusetts, 1789-1870
The Christian Keepsake and Missionary Annual John Alonzo Clark
Naval Documents Related to the Quasi-war Between the United States and France: Naval Operations from February 1797 to December 1801, Volume 3
Posted by Melissa Davenport Berry at 6:44 AM