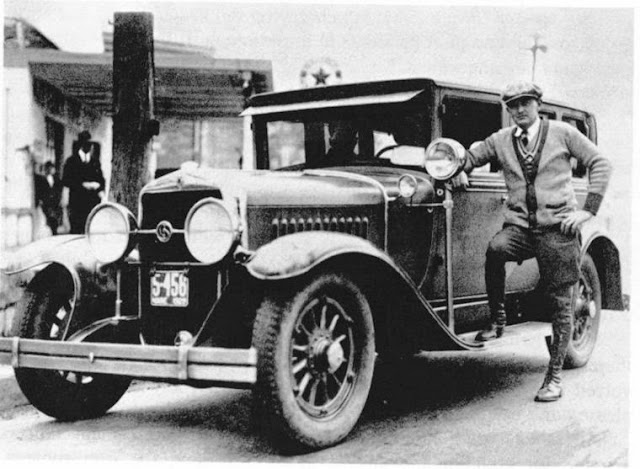 Photo courtesy of “The Salt Book” by Pam Wood
Henry Weaver, a federal agent from Maine, busted the illegal rumrunning ring based in Salisbury.

There have been two periods in American history when the government tried to temper “spirits.” In 1648 the general court passed a law to limit access to alcohol to the Wampanoag tribe. In 1920 the entire nation was banned from the sauce during Prohibition, known as the “Noble Experiment.” Efforts to restrain tipplers were unsuccessful and nothing could keep America dry. Folks wanted their wassail and few fell under the influence of the teetotaler reform. The number of liquor theft cases in the states was staggering and federal courts were loaded with cases of illegal transport of liquor.

Salisbury was one hot den for a clandestine liquor enterprise that made a notorious buzz as the “most sensational liquor trial case in the history of federal courts.”

During Prohibition smugglers transporting “white lightning” over land were known as “bootleggers” and when over water they were called “rumrunners.” No matter how the hootch got in, there was much mazuma to be made.

The Salisbury gang in 1923 had a most auspicious run. The leader, police Chief Harold Congdon, aka “Captain Eddie,” was “juiced in” and his wife was his right-hand deputy. She mapped out the drops and scheduled the runs. The remote banks of the Merrimack were an ideal area. All was wine and roses as most of the police force, selectmen and Coast Guard were in it. In fact, rumrunning became part of the community’s “official duties.”

However, human nature made a few greedy goers and the operation started to tank. Mrs. Congdon resented the fellows “drunk with power” and the rumor was she had eyes for more than the chief.

Outsiders started to cut out the band even though they were using their turf to traffic. One of them was Anthony Caramango, aka “The Jap,” who flushed them out of a big score and the horns started to lock.

Mrs. Congdon, fed up, turned to the feds, but the chief’s $1,500 fund filtered in by officer True bought him the stenographer’s court report. This seemed to “distill” the busy bodies for a brief time, but the feds were plotting a plan to teach these cowboys that a new sheriff was coming to town.

Henry Weaver, a federal agent out of Maine, busted the lot. Henry noted that “Salisbury was always a haven for bootleggers.” His boss ordered him to round up his best and make haste to Massachusetts to “catch a sheriff.” He would “deputize” them when they got to Salisbury.

The feds received tips from Mrs. Congdon to do a stakeout. The chief was there when the raid went down. He gave his crew the thumbs-up to start unloading and the agents jumped the fellows.

One of the runners from the rough Detroit crew shot agent England in the groin, but he had a bottle of gin in his pocket. Although it cut into his love log one could argue he did get lucky that night.

Over 30 incitements were brought down and there were two trials. The court was jammed with spectators. Isaac Coleman gave testimony of his sleepless nights due to the traffic from motor trucks. He swore there were “32 on the eve of Thanksgiving.” When he complained, he was told “to mind his own business” and sent off with a quart.

Several witnesses had similar stories and most went with flow. Loose lips were buttoned with a bottle. Another testified he saw “The Jap” sell a quart right at the police station in front of the chief.

Several reported piloting loads into town by orders of Congdon.

Among them were Superintendent of Streets T.O. Corliss and Selectman Howard George, both paid $25 a night. William Jackson was paid $30 for trucking the liquor but never associated with the “outlandish people.” Henry Fowler made four runs to Pierce Cottage.


William Eaton caught wind of the ring while he was duck hunting at the “break of day” along Black River Creek. While Eaton was observing the obvious illegal activities, he was approached by officer True, who promised him a private stash “over at the Blaisdell home.”

The chief was put on the wrong side of the bars, but only for a short stint. He ran a speed ring operation on Interstate 95, which ended his reign and his pension. It came to a screeching halt when he stopped a Maine couple in May 1955 who said Congdon “shook them down for $15.”

The chief and his wife ran against each for town office, but he must have still carried a flame.

He was charged with assault when he chased her and a man friend off the road with his revolver. This time he had no problem telling the judge he was all liquored up! 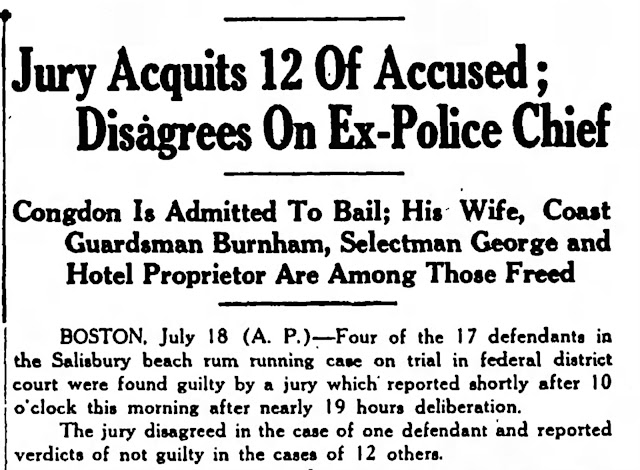 SALISBURY, Mass., Feb. 19 (AP) — A heated political campaign loomed here Friday when Mrs. Sarah B. Congdon, right, estranged wife of Harold F. Congdon, left, chairman of selectmen and police chief, announced she would seek a place on the board. “We should be able to work together even if we cannot live together,” Mrs. Congdon said. She recently filed suit for divorce. Chief Congdon is a candidate for re-election. 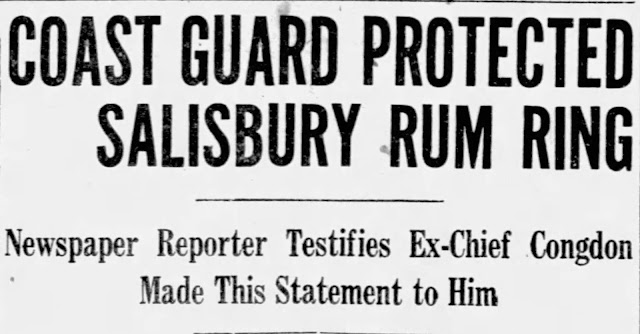