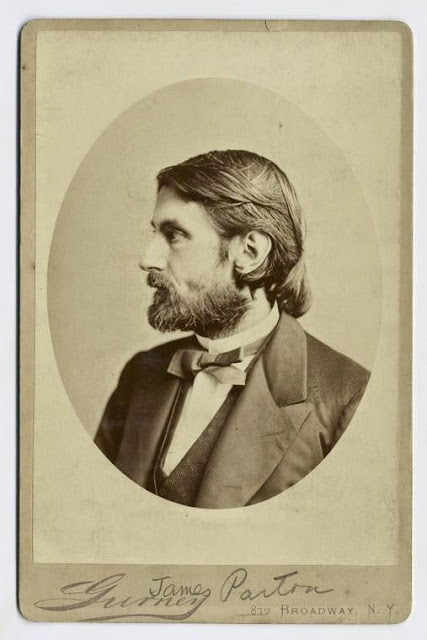 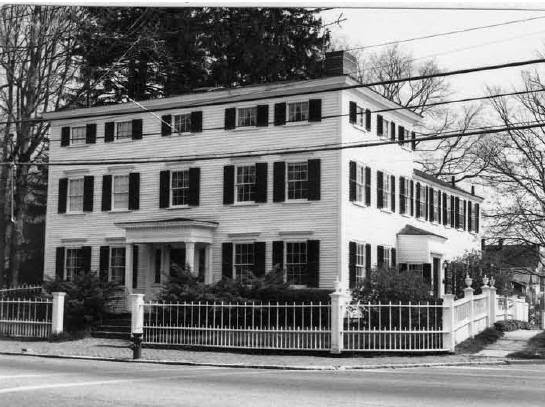 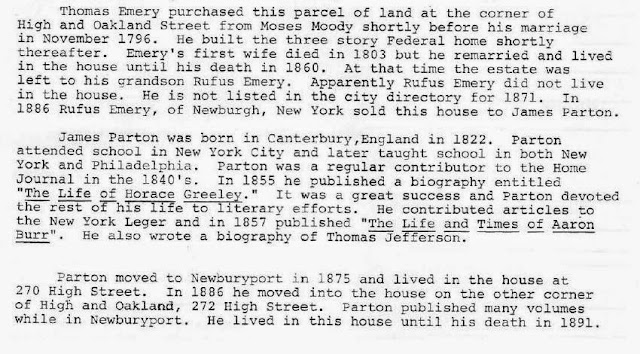 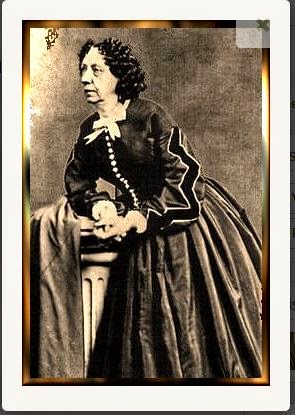 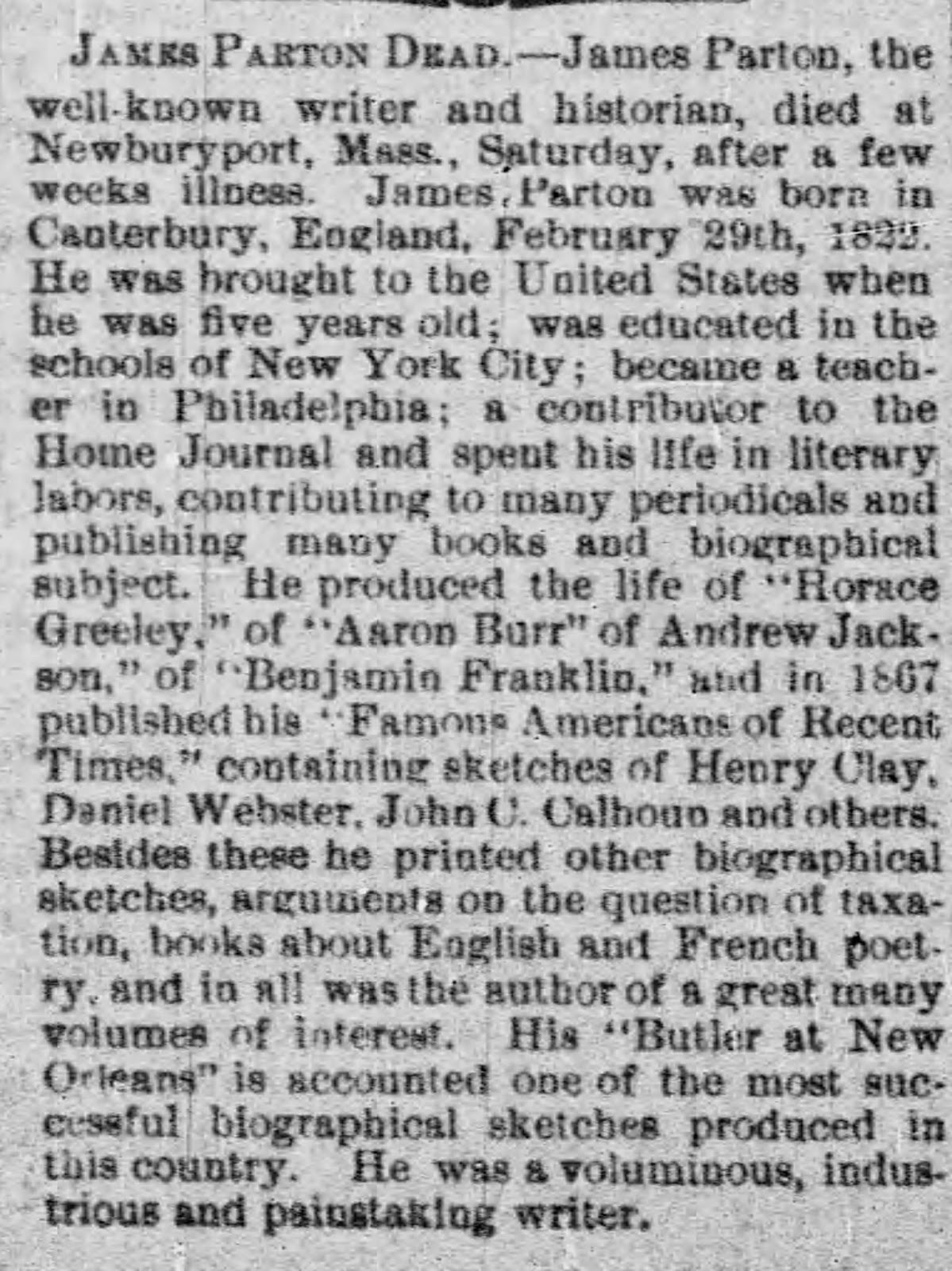 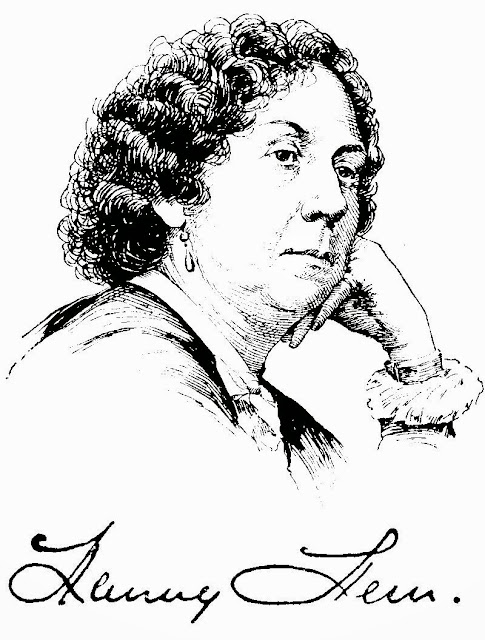 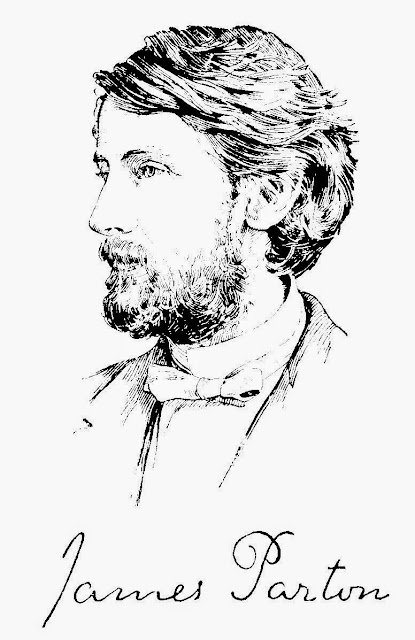 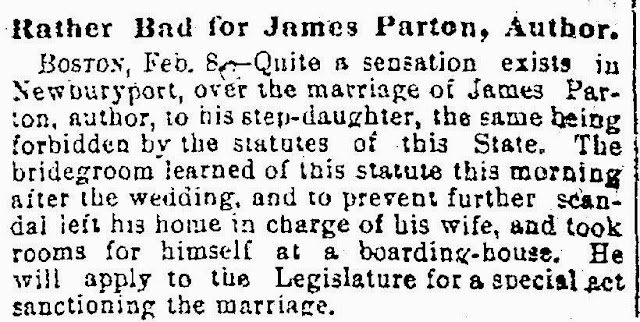 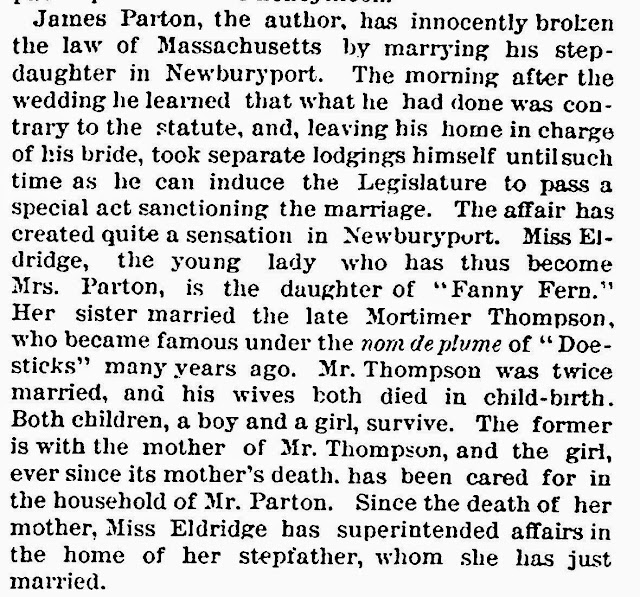 Sara Willis and James Parton were married in 1856. She and her husband lived in New York City with one of her two surviving children , they also raised a granddaughter, Ethel, the orphaned child of Willis's daughter Grace, who passed away in 1862.In 1859, Fern moved to a brownstone in Manhattan at what is now 303 East Eighteenth Street near Second Avenue; she would live in this house for the next 13 years until her death. Fern continued as a regular columnist for the Ledgerfor the remainder of her life. She was a suffrage supporter and in 1868 she co-founded Sorosis, New York City's pioneer woman's club. Fern battled cancer for six years and died October 10, 1872. She is buried in Mount Auburn Cemetery in Cambridge, Massachusetts next to her first husband. Her gravestone was inscribed simply "Fanny Fern." After her death her husband, James Parton, published Fanny Fern: A Memorial Volume
Posted by Melissa Davenport Berry at 10:52 AM