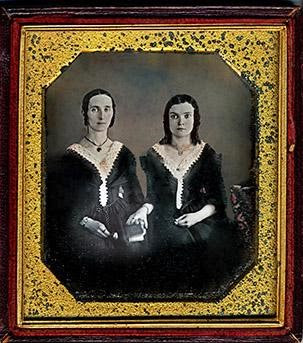 Sarah Osgood Bagley was one of Mary Baker Glover Eddy‘s first students. She was known as a Magnetic Healer (note her death certificate listed Mental Healer).

In July 1868 Sarah Bagley and Mary Baker Eddy made a house call to Amesbury’s poet John Greenleaf Whittier who had been suffering from various ailments–the main issue he complained of was incipient pulmonary consumption which Whittier noted, “If Jesus Christ was in Amesbury, he would have to have brass-lined lungs to live here.” The Pulpit and Press Volume 54.

Eddy spoke with him for some time, “in the line of Science,” and by the end of their conversation he seemed much improved. As she left, Whittier called to her and said, “I thank you, Mary, for your call; it has done me much good.” Reports received the following day he was spotted in the village and in much better health and spirits. See Mary Baker Eddy and John Greenleaf Whittier

In Salisbury Vital Records there is a intention to marry: OSSGOOD (see also Osgood), Sally, and Lowell Bagley [of Amesbury. int.], Nov. 26, 1811. And From Massachusetts Town Records 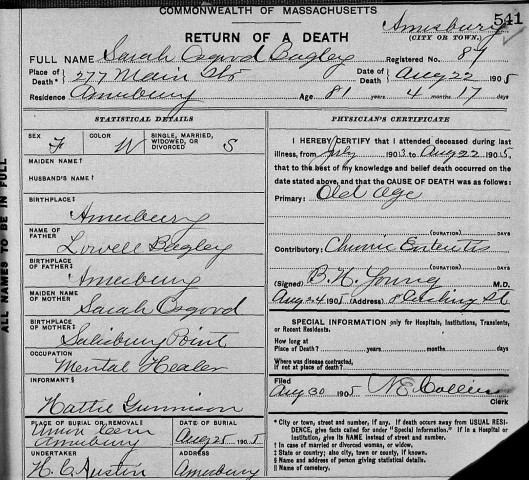 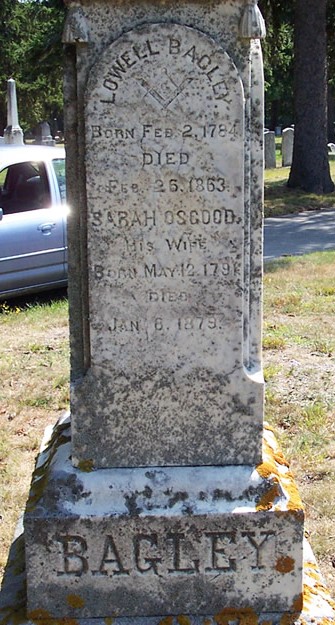 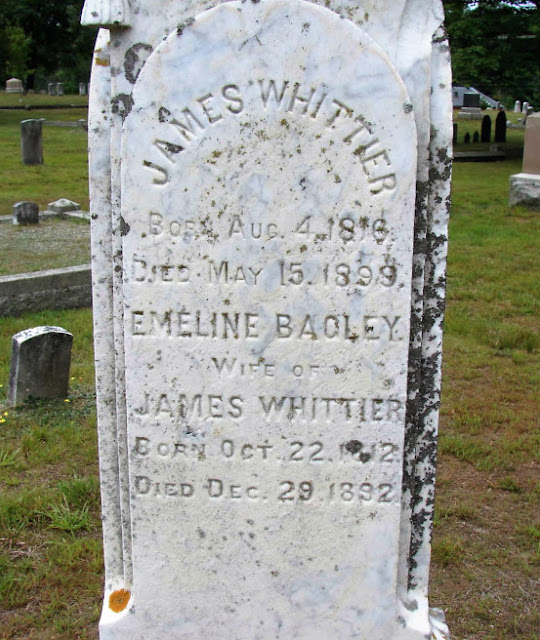 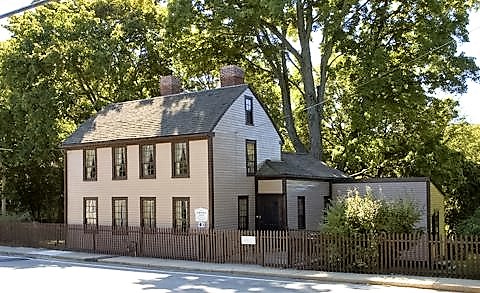 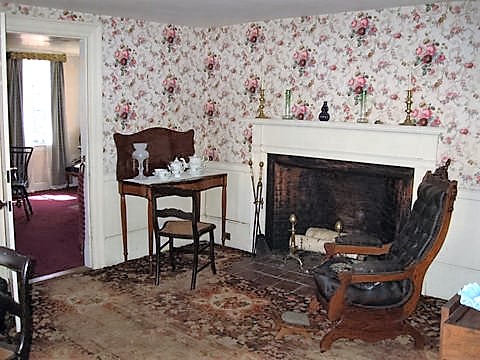 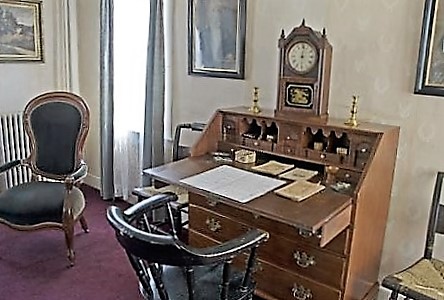 Photos from the Longyear Museum site of the Bayley home 277 Main Street in Amesbury, Massachusetts where Mary Baker Eddy stayed on two different occasions. The house has been maintained by the museum, along with seven other historic houses in their collection that trace Mary Baker Eddy’s footsteps as Discoverer, Founder, and Leader of Christian Science.

I Sarah O. Bagley do hereby agree to pay Mary M Glover for instruction given me twenty five percent on the monies or income arising from my practicing or teaching that which she has taught me so long as I may practice or teach this her mode of doctoring the sick. I hold myself to this agreement. This has been changed to ten per cent for the past two years. Mrs. G offered to reduce it one half after the year 1872, after that reduced it to ten percent being the percent the others paid. It stands now in 1875 at ten percent. Have paid over two hundred dollars on the within, and she has refused to receive any more percentage on my practice…..Original transcript Agreement between Sarah O. Bagley and Mary Baker Eddy, April 23, 1870 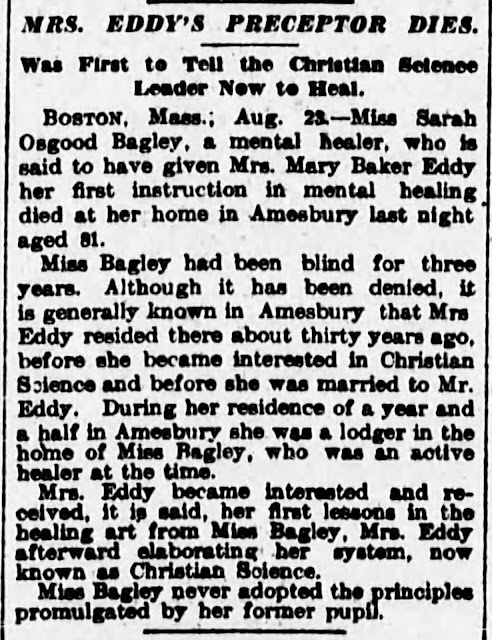 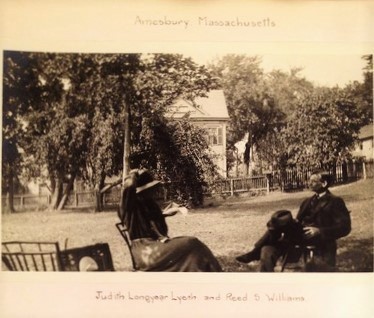 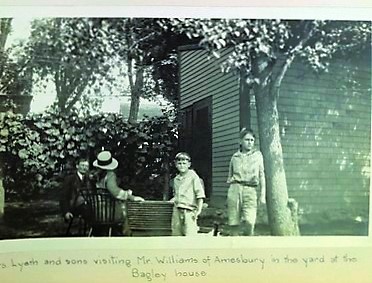 Mrs. Longyear’s daughter Judith with her sons and a friend in the yard at the Amesbury house. From the scrapbook collection of Longyear Museum 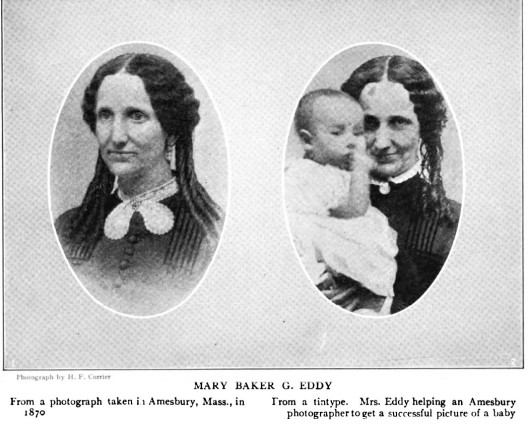 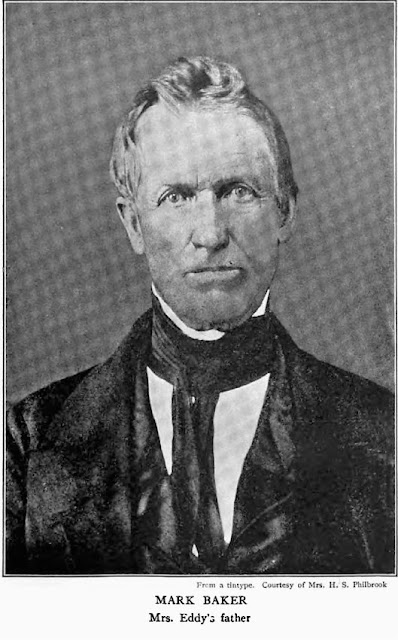 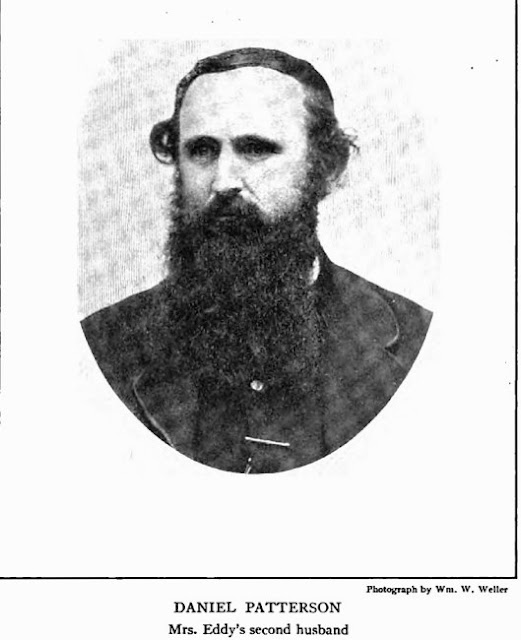 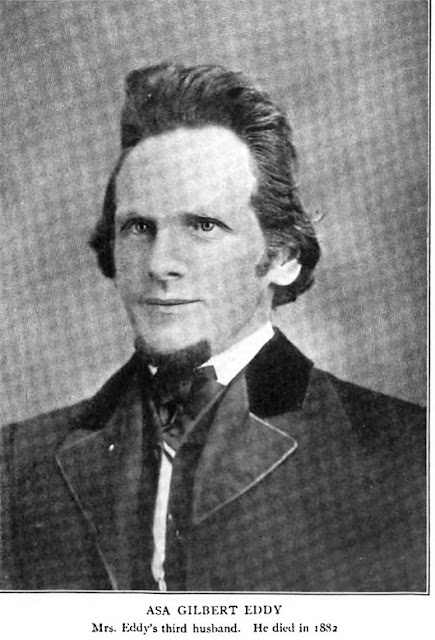 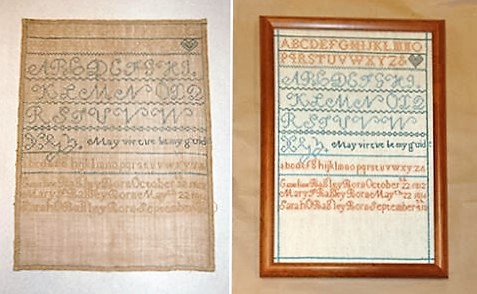 Sampler made by Sarah Osgood Bailey that is part of the Longyear Museum collection. When Mary Beecher Longyear purchased this house in 1922, it still held furnishings and personal memorabilia from the Bagley family. See “The History of a House: (built by Squire Bagley, in Amesbury, Massachusetts) Its Founder, Family and Guests.” by Mary Beecher Longyear. 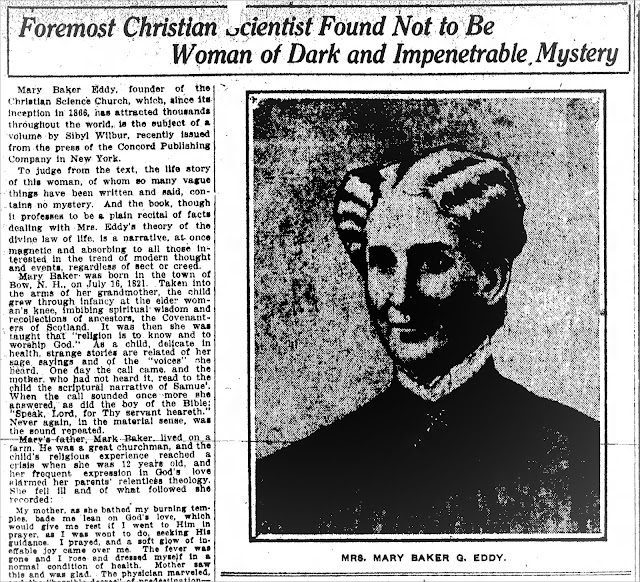 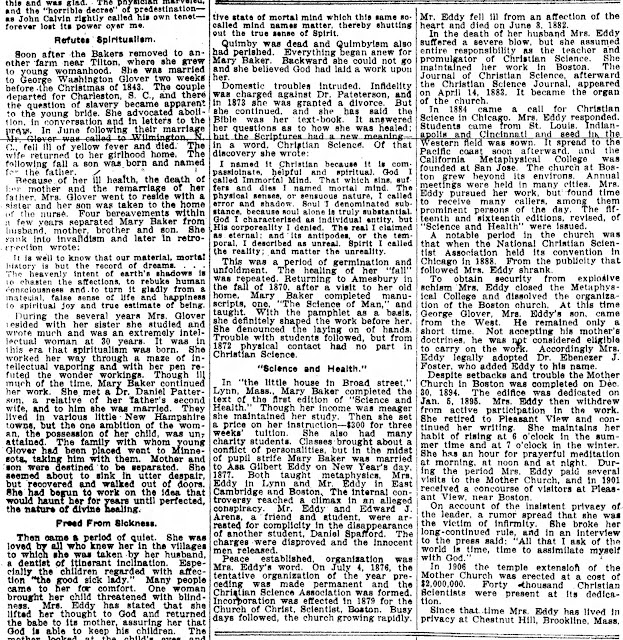 Posted by Melissa Davenport Berry at 7:41 AM