Captain George Little (1754-1809) American Naval Officer and a Mayflower descendant* began his career at sea as a merchant marine. At the start of the American Revolution he joined the Massachusetts navy and in 1775 he was made a first lieutenant on the a 26-gun ship Protector launched out of Newburyport, Massachusetts. 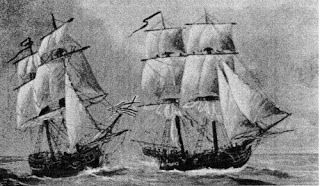 The Protector was commanded by Captain John Foster Williams. On May 5, 1781, British ships Roebuck, and Medea, captured the Protector, which had more than one hundred and thirty men on board. She was added to the Royal Navy as the Hussar. Little was taken prisoner and brought to England to Forton Prison which he escaped and sailed to France. 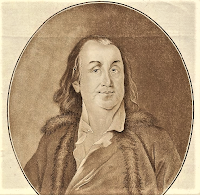 There are two letters from the Benjamin Franklin Papers (see my cited sources). Franklin helped Little return to America in late August 1781. Soon after Little received a promotion and was made captain of the Massachusetts sloop Winthrop, built in Maine. The ship mounted 13 guns. Under his command the Winthrop captured two British privateers, an armed brig Meriam and a number of other vessels. The Winthrop "cruised on the Eastern Coast, and captured and sent into Boston "nearly the whole of the armed force they possessed at Penobscot;" He retrieved the naval honor of his state and acting under orders of Governor Hancock, Little and the "Winthrop" crew made the last cruise of the Massachusetts navy. 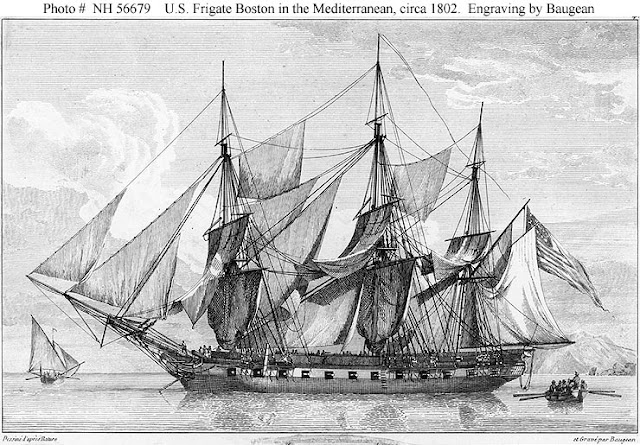 In the winter months of 1782/1783 he visited Martinique and in the Spring he went home for a brief stint to run the family farm.
Back in action on March 4 1799 John Adams appointed Little as commissioned captain of the United States Navy.  He was given command of the 28-gun frigate USS Boston. Little's orders were to cruise the Caribbean and defeat French privateers preying on American commerce. 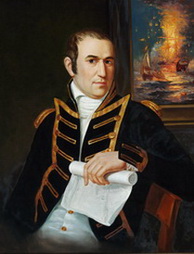 Little's First Officer was Edward Preble (1761-1807) who was "over 6 feet tall, and of striking figure." Also, Captain Little's son, Edward Preble Little (1791-1875) was on board at the suggestion of President Adams. He was nine years old. He later was a US Congressman. Captain Little culminated a brilliant fighting career during the quasi-war with France by fiercely protecting the coastal trade and wining many prizes. His biggest score was the capture of the 24-gun corvette Le Berceau on October 12, 1799. It was a three hour fight. Because the capture of Le Berceau was two weeks after the signing of the Treaty of Mortefontaine which ended the Quasi-War, Little and his fellow officers faced a court martial for the alleged looting of the personal possessions of the French officers, of which they would be acquitted, but not without Little being dismissed by the Navy in 1801. This was not his only legal fight, as a challenge to the legitimacy of the taking of the Danish trader, the Flying Fish, would result in a legal case which, as Little v. Barreme, was heard by the United States Supreme Court in 1804, the ruling going against Little. Little also fought in court over an agreement with Silas Talbot to split the prize money for Les Deux Anges, taken by the Boston in January 1800. This case, Talbot v. Little, also reached the Supreme Court, but was eventually dismissed without hearing, leaving Little and his crew the victors. See news clips below. Little died at Weymouth, Massachusetts July 22 1809 at the age of 55. 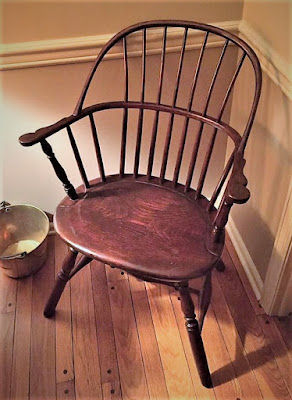 Chair used by Captain George Little on board the the Boston in his cabin. Now in the Colket family collection . 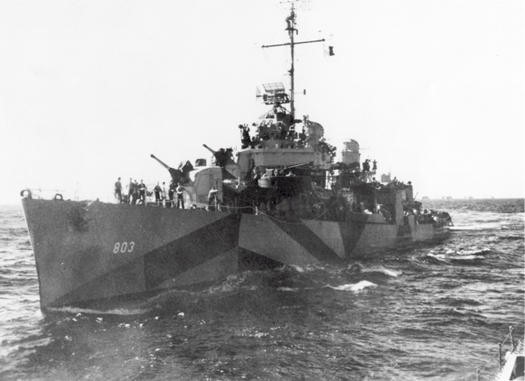 The part of Marshfield known as Sea View was once called Littletown because of the numerous Little clan who lived and died there over the generations. On that note, despite the Patriotic spirit of Captain George Little, some of his family were loyal to the crown. The Associated Loyalists of Marshfield held their meetings at the Marshfield mansion of Dr. Isaac Winslow, today known as the Historic 1699 Winslow House. 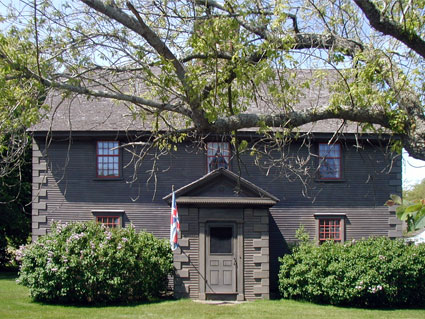 At the time of the formation of the group in 1774, all three members of the Marshfield Board of Selectmen were loyalists, Isaac Winslow, Abijah White and Ephraim Little. The Plymouth Patriots were threatening to tar and feather those in Marshfield who did not recant their Loyalist views, or drive them off their farms. Patriots from Duxbury planned to kidnap Marshfield resident Nathaniel Phillips, a "principal loyalist," but he evaded capture. The Patriots did kidnap Marshfield Loyalists Paul White, Dr. Stockbridge and Elisha Ford, and carted them to the "Liberty Pole" in Duxbury. There they were "forced to sign recantations" of their Tory sentiments, likely in response to mob violence. 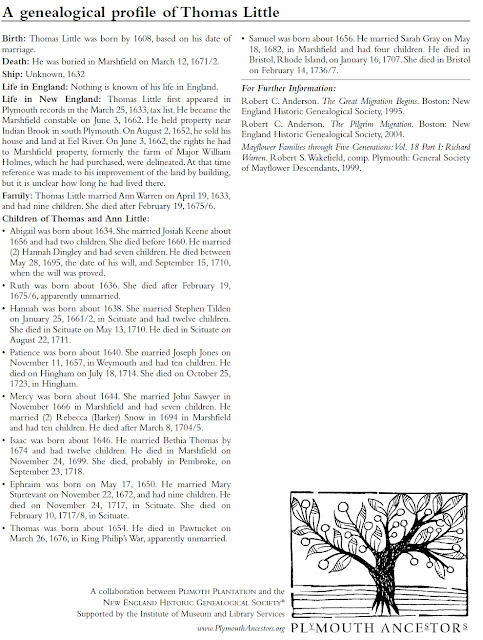 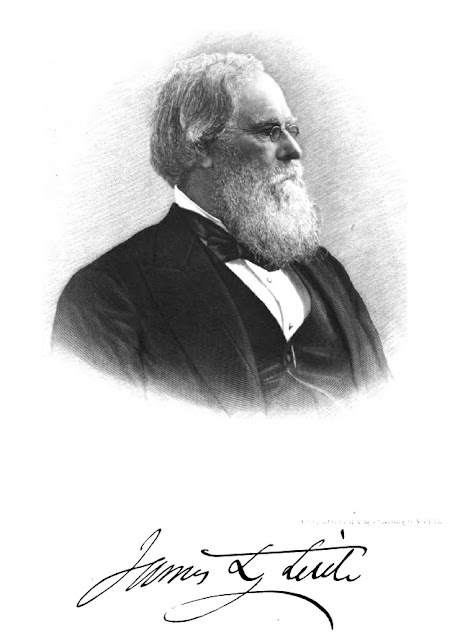 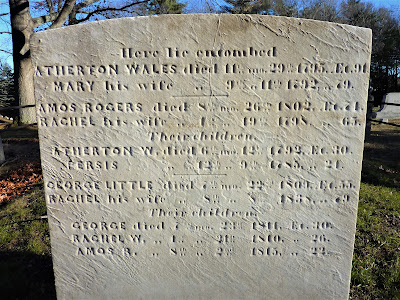 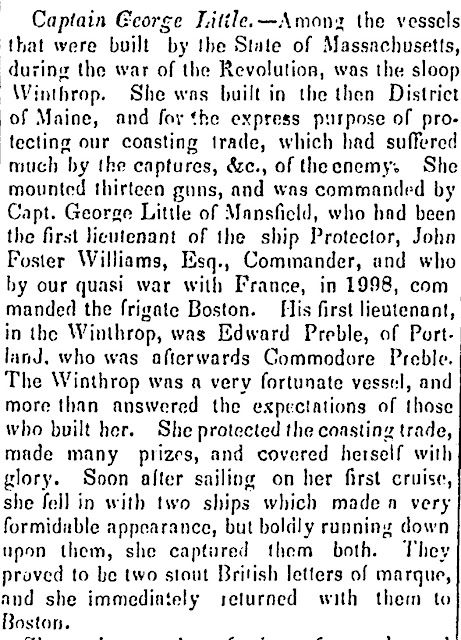 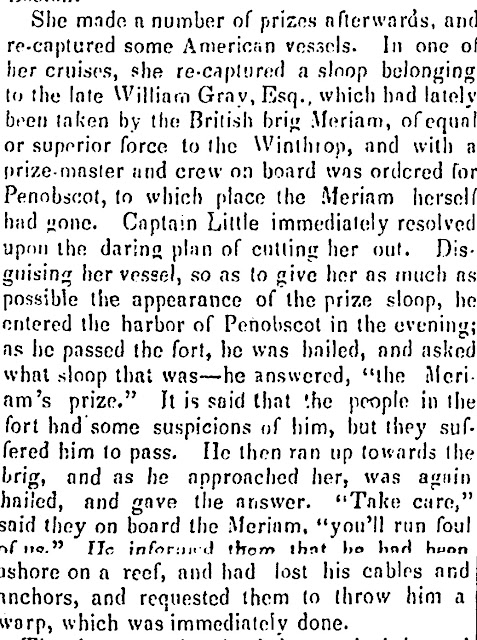 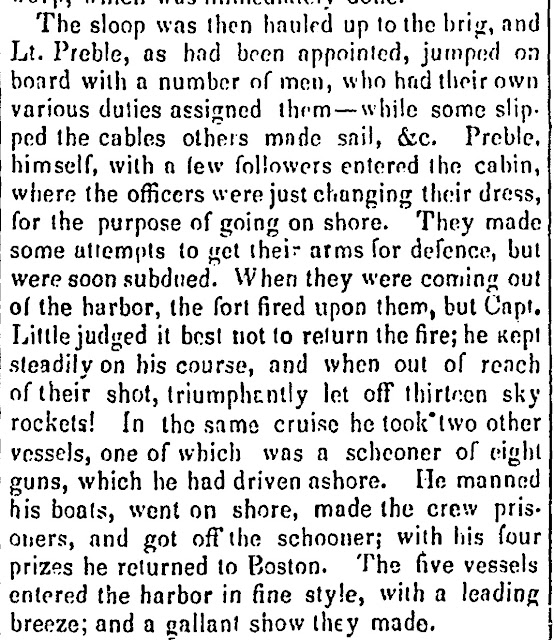 "Much Praise is due to the Bravery and good Conduct of Capt. Little and his Crew for this spirited Enterprise and for the great Service they have rendered this Commonwealth in captivating the Privateers, that have for a long Time infested this Coast and taken many valuable Vessels from us." (Boston Gazette, September 23, 1782.)

There was some legal matters Little ran into 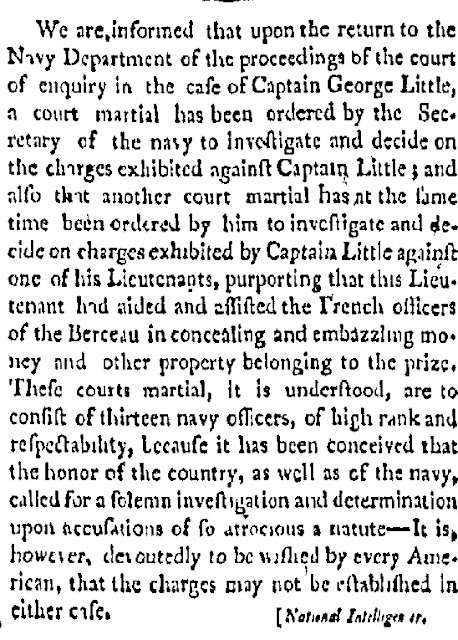 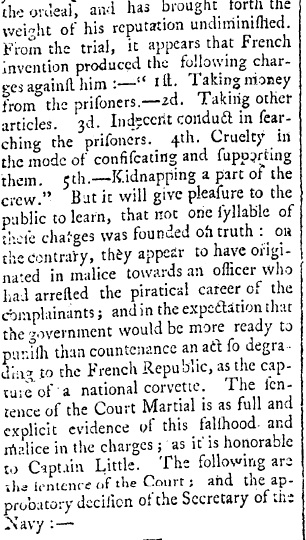 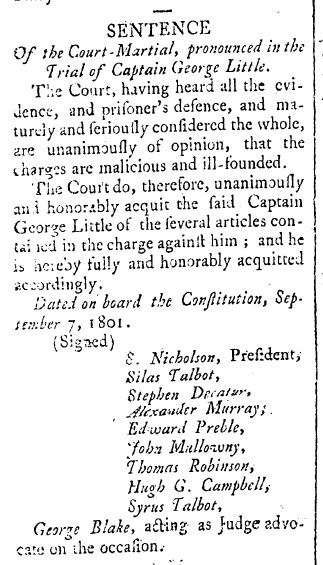