A Share from Historian, Author, Jerry Genesio a Member of my Group New England Family Genealogy and History. Jerry recently found the birth records of the first two children born to his paternal grandparents at Olive, Ulster County, New York This is a portrait of the family patriarch Genesi Genesio (1874-1948). He returned to Italy in 1910 to marry Cesira Devoti and they immediately returned to one of the workers' camps at Browns Station, NY, which now rests beneath the Ashokan Reservoir. 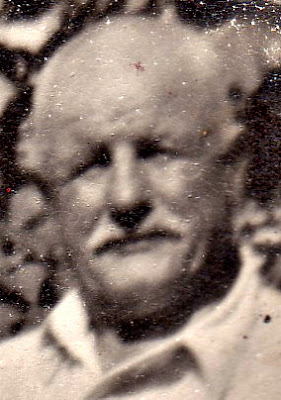 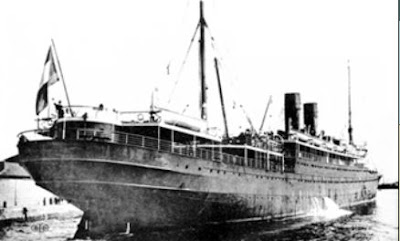 According to the ship's passenger list, Genesio was carrying US $30 in cash and he listed as his contact in the US one Giuseppi Cazzarini of 187 Bronx Station, New York, NY. On the same document both Genesio and Cesira name Cesira's brother Luigi Devoti as their emergency contact in Italy. A 1910 US Federal Census, on arrival in New York's Ulster County, Genesio and Cesira Genesi took up residence at the Ashokan Dam project workers' camp in the same building where Giuseppi Cazzarini and Maria Bagassi also lived, and where Giuseppi was listed as the boarding house keeper. This camp was in Brown's Station, a small village in the town of Olive and though much of the town survived, the village of Brown's Station was lost when the reservoir was flooded and it is now under 100 feet of water. Wachusett Dam, Clinton, MA Photos from Digital Commonwealth 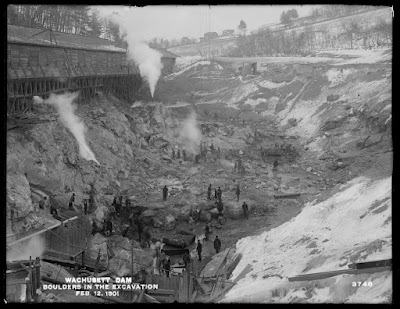 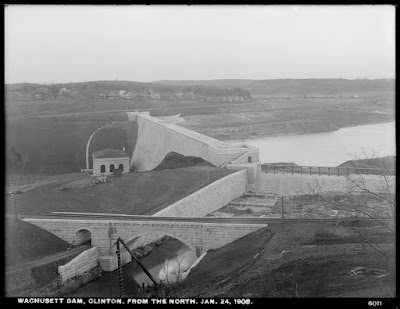 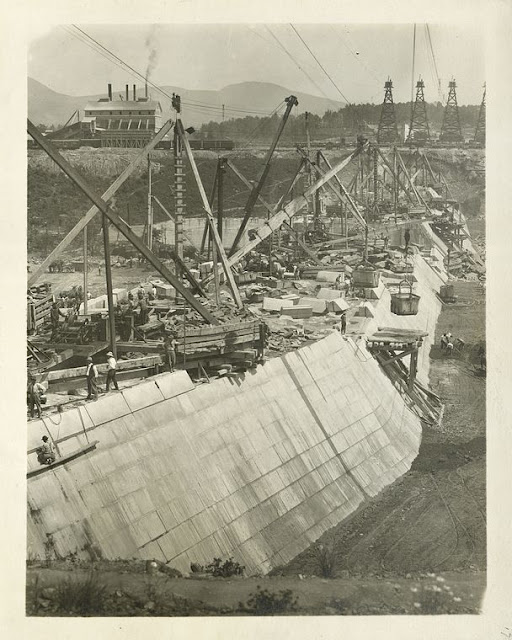 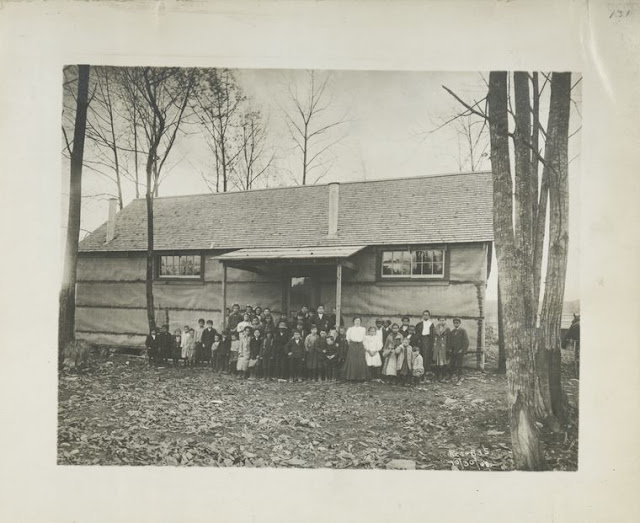 On February 9, 1911, Genesio and Cesira's first child was born; a son they named Joseph Pappino, but the official recording the document, Mr. John Hibbard, was both careless and callous, dispassionately misspelling names and with a few strokes of his pen forever obscuring an immigrant family's genealogical history. Whether Genesio and Cesira had chosen to name their first born Giuseppi or Joseph we may never know, but regardless of their intent, Mr. Hibbard decided to spell the babe's name phonetically with an Italian-American twist: Joseppi. Hibbard also did not understand that, in Italy, a person's surname is written first and the given name last, which is the reverse of what is customary in the United States, therefore, he decided the family's surname was Genesio. Further, he changed Cesira's name entirely deciding her given name was Devolta, and her maiden name was Chesera rather than Devoti. Hibbard also decided that while Joseph was this mother's only living child, he was her second offspring, though Genesio and Cesira had been married less than eleven months. While this is entirely possible, it is extremely unlikely and without corroboration of any kind. On a positive note, this document does inform us that Genesio was employed on the Ashokan Dam project as a carpenter, if we choose to accept that particular entry as accurate. 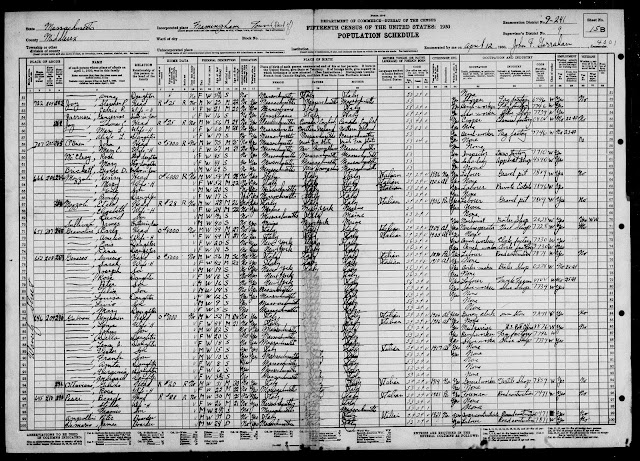 Almost 14 months later, on April 1, 1912, Genesio and Cesira had their second child; a daughter they named Rose Maria. Unfortunately, Mr. Hibbard was still on the job and he preferred Rosia Maria. While Mr. Hibbard did record the date of birth correctly, it appears he copied all other information from the birth record of Genesio and Cesira's first born, Joseph Pappino. On July 26 of the following year, a third child and second son arrived at the Genesi home; Peter J. Though three clerks helped with a diligent and exhaustive search of the Town of Olive birth records for the year 1913, we were unable to find Peter's birth record. Jerry notes he has been reading The Last of the Handmade Dams: The Story of the Ashokan Reservoir, and have just learned that John Hibbard was Dr. John Hibbard, surgeon and head physician at a 23-bed hospital built at the construction site to provide care for injured and ill workers. It's quite possible that a nurse or a clerk filled the birth records in and Hibbard did no more than sign them. 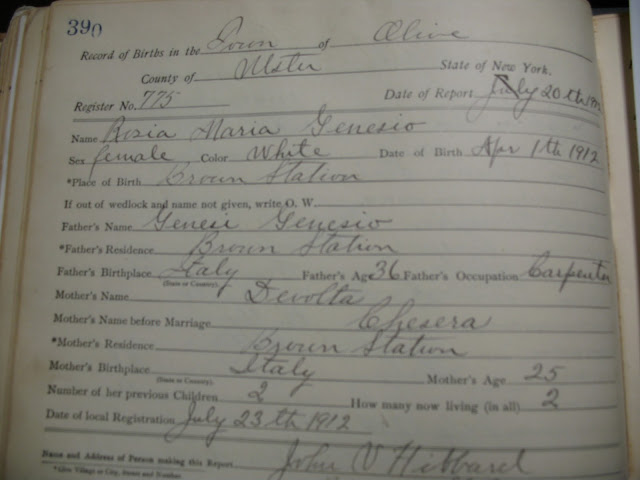 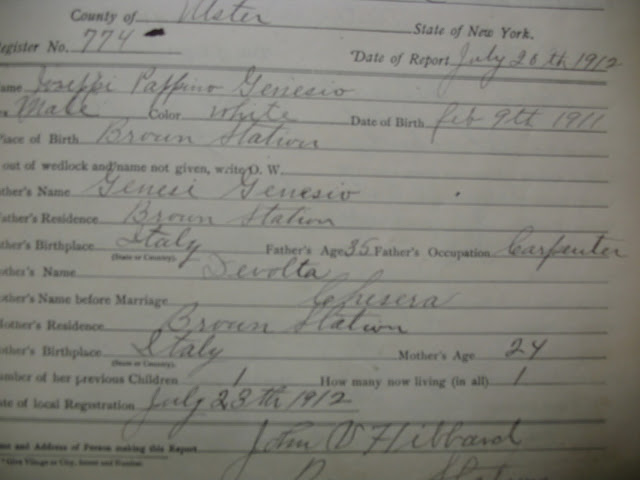 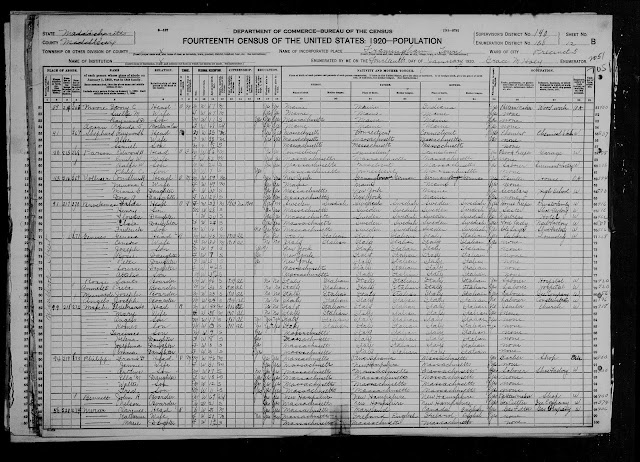 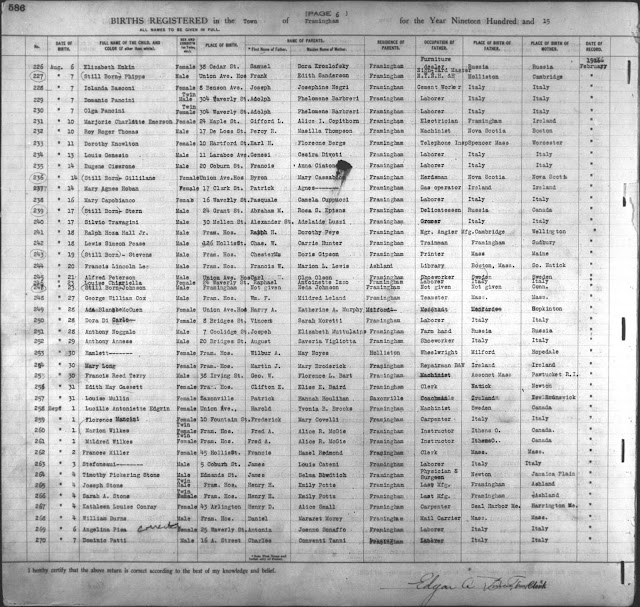