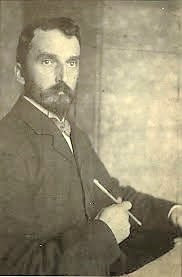 Arthur Wesley Dow (April 6, 1857 – December 13, 1922) was the son of David Francis Dow and Mary P Annabel of Ipswich, Massachusetts. He married Minnie Eleanor Pearson, daughter of James Pearson on October 23, 1893.
Dow was a landscape painter, teacher, and printmaker. He taught art at Pratt Institute, 1895-1904, and at Teachers College, Columbia University, 1904-1922. Influenced by Ernest Fenollosa, Dow introduced principles of Japanese art to Americans and made a major impact on art education. Published works 1899 and wrote many other books and articles on art. Max Weber and Georgia O'Keeffe were among his students. He was the curator of Japanese Art at the Museum of Fine Arts in Boston, Massachusetts. 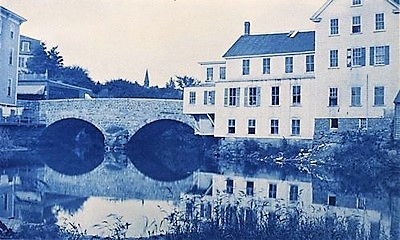 An article published by Columbia University in 2001 noted that Dow was called a "great teacher...He had the knack for showing artists how to translate the poetry of nature into exquisite designs. For many, Dow was the single most influential teacher of arts and crafts in this country. The main reason that Dow is so little known today is that he was overshadowed by the success of his students." 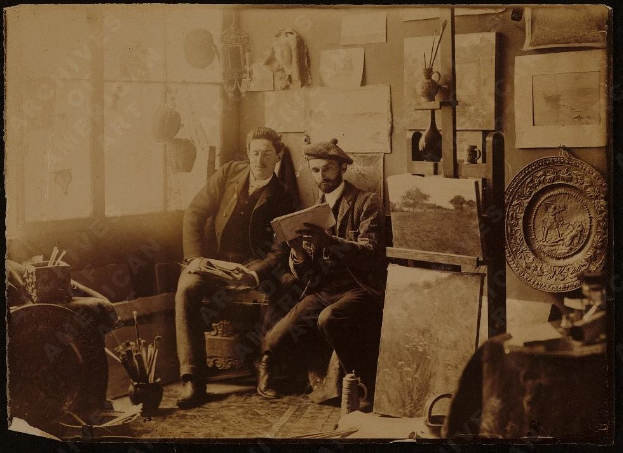 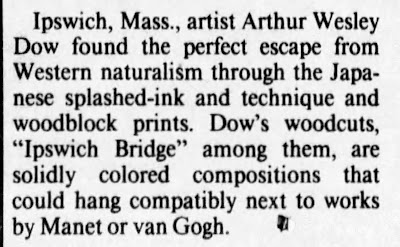 I found this news clip from his home town in Ipswich 1905 at his studio wish it was a better image. 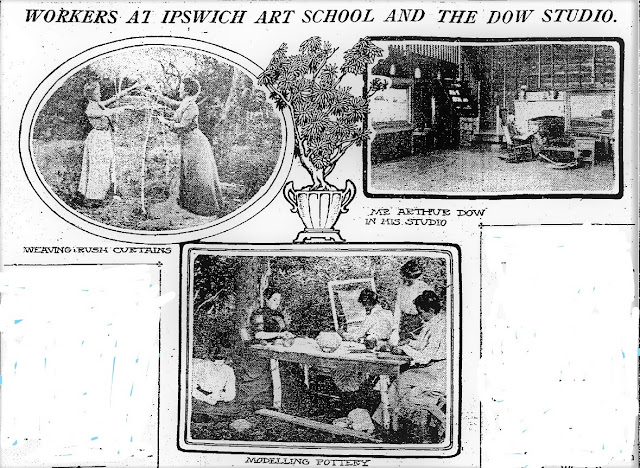 In 1934 Ipswich celebrated their 300th anniversary of its incorporation. The feature of the day was the unveiling and dedication at 3:30 of the boulder in memory of Arthur Wesley Dow formerly one of the towns most prominent citizens. Located on Bayberry Hill. Boston Herald August 13 1934 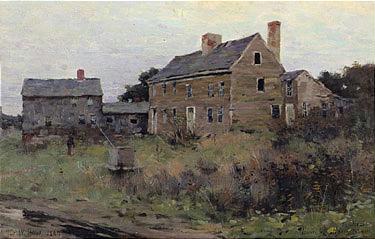 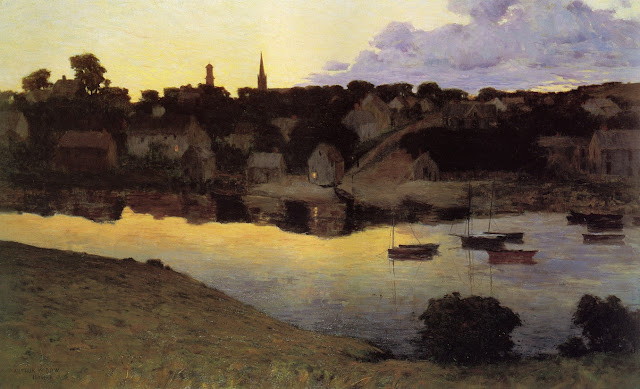 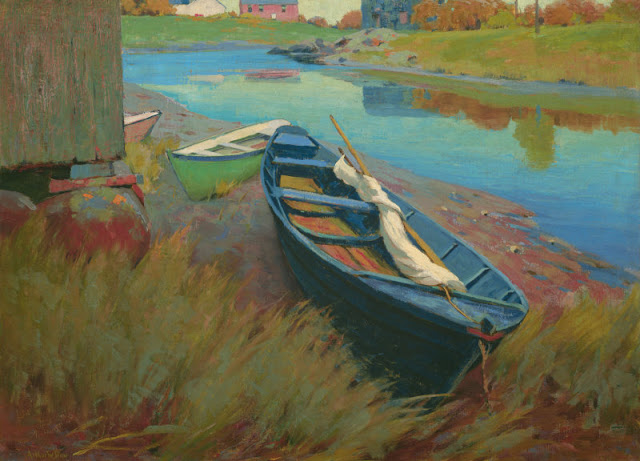 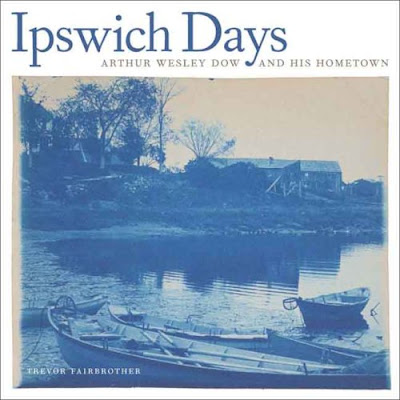 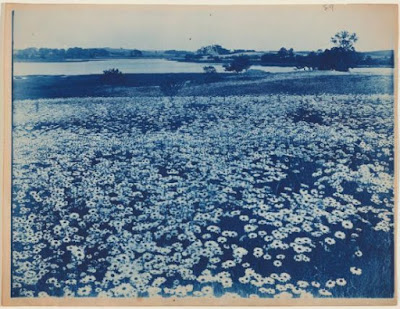 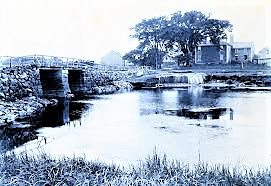 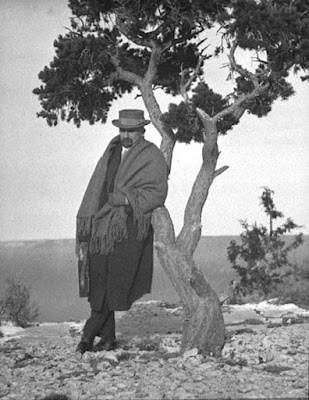 Heading far west to paint the Grand Canyon in 1911 and 1912, Arthur Wesley Dow was, as usual, thinking about the Far East. For 20 years, Dow had applied the forms and harmonies of Asian art to small New England scenes--Arthur Wesley Dow, Cosmic Cities, Grand Canyon of Arizona, 1912. Courtesy of the Paul G. Allen Family Collection From Minneapolis Institute of Art of Art Marlo J Kinney's article The Toa of Arthur Wesley Dow 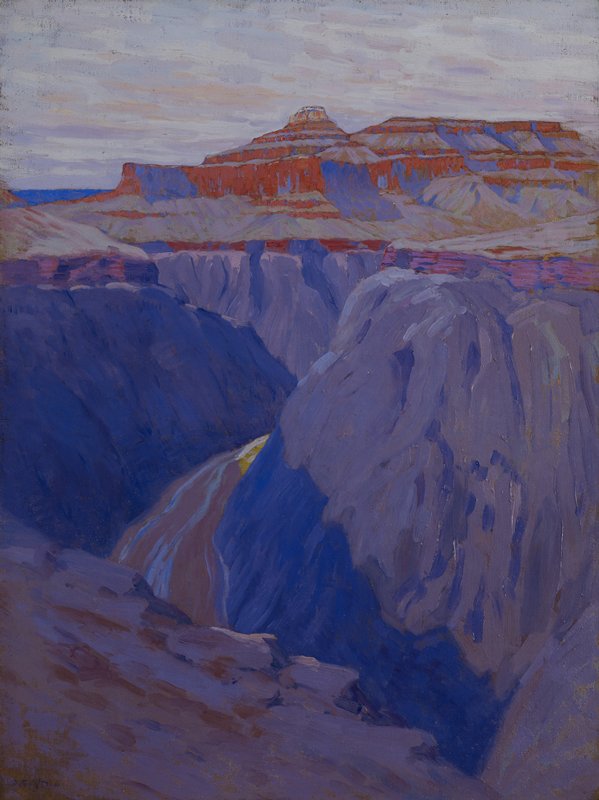 "The Destroyer" ca. 1913 On display at Minneapolis Institute of Art. Kinney notes: "Dow's unusual painting style fused an appreciation for Japanese woodblock prints—gained from his days as a curator of Japanese art in Boston—with the simplicity of the American Arts and Crafts movement. In this work, his use of color and visible brushstrokes emphasizes the immensity of the vast, exotic landscape of the Southwest." 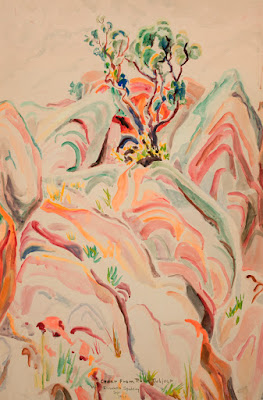 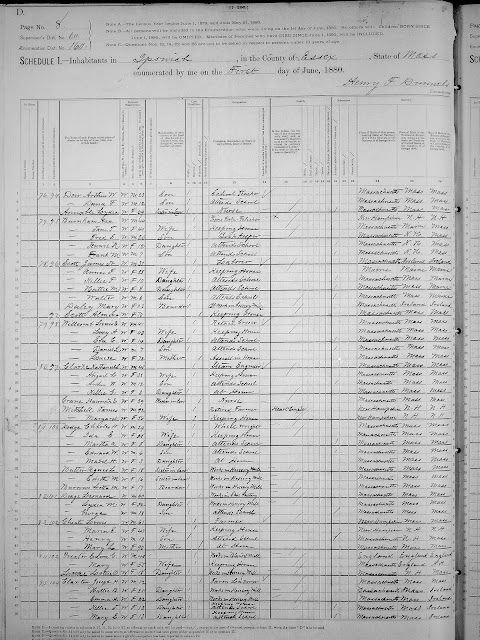 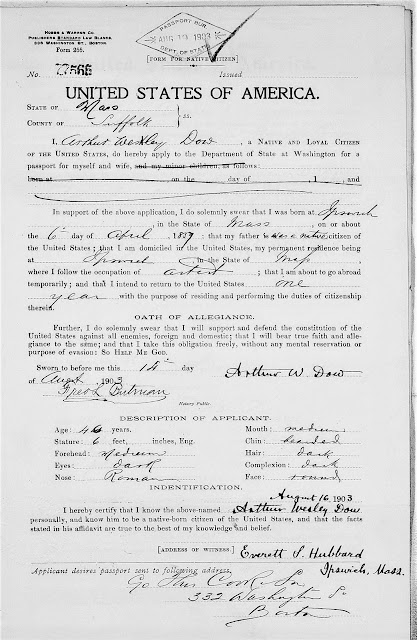 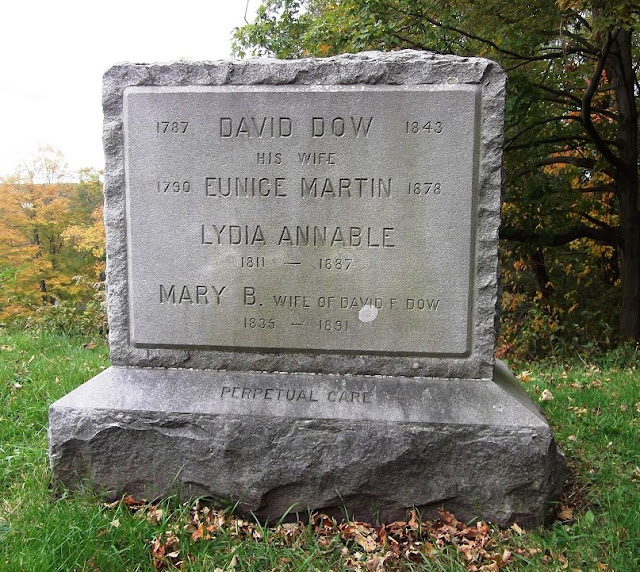 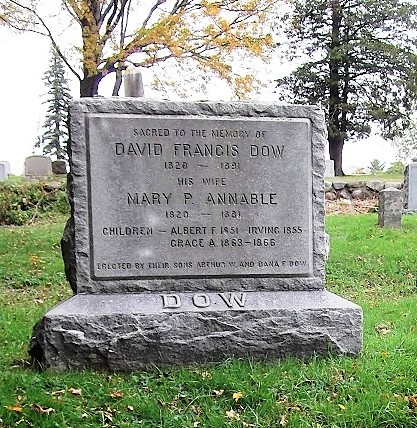 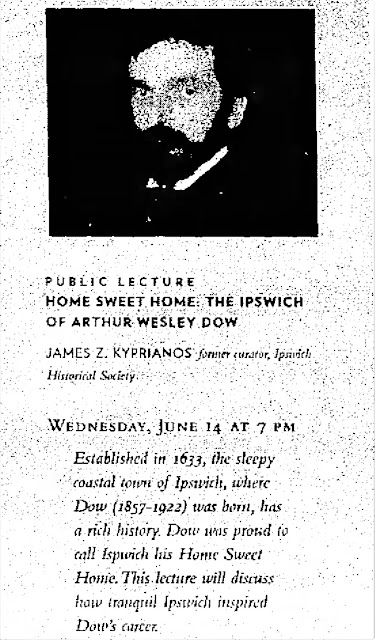 Posted by Melissa Davenport Berry at 10:52 AM