Legend and Lore of the Rood Family Line of Connecticut


One of Connecticut's first family settlers the "Rood" clan make for the Queer, Unusual, and Strange Ranconteuse list. (Please Keep Checking Back on this Post for more stories on Rood)
The “Micah Rood,” or “Mike” apple is extinct, but the legend behind it is still growing. The curse of Micah Rood (1653-1728) and his bloody apples started about 1693 when Micah Rood, youngest son of Thomas Rood and Sarah Leffingwell White settled in West Farms (now Franklin) area--known as Peck’s Hollow.  The apple with streaks of red running through the white flesh are highly symbolic..... 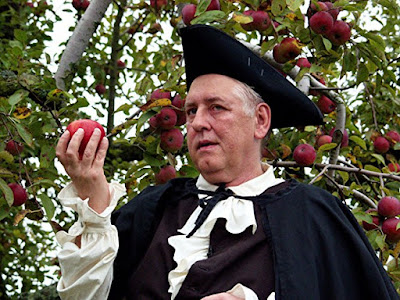 In of Micah’s orchards remains the remnants of a grist mill known as Franklin’s Crossing. Across the way still stands the Congregational church Micah obtained some local notoriety on account of a peculiar variety of apple that he brought to market It is an early species, has a fair outside, an excellent flavor, and each individual apple exhibits somewhere in the pulp a red speck, like a tinge of fresh blood. Several fanciful legends have been contrived to account for this peculiarity. The core of story of the Micah Rood curse was told by a Connecticut Correspondent in 1899 and featured in the New York Times:
The advent of a quantity of "bloody-heart" apples into the Windham markets from the back country town of Franklin has resulted in the unearthing of an eerie tradition about this singular fruit, which has found its way into print. They are called the "Micah Rood apples," and are of a delicious flavor, snowy interior, and cherry-red skin. In every one there is a large red globule near the heart of the fruit resembling a drop of blood.
This peculiarity has been made the subject of investigation, but no theory accounts for it as plausibly as the tradition of " Micah Rood's curse." Micah Rood was a prosperous farmer at Franklin in 1693. He was avaricious, but finally became indolent, spending his time in dreaming over coveted wealth.
One day a peddler, who carried a pack filled with valuable jewelry, passed his house. His dead body was found the next day beneath an apple tree on Micah's farm, where the latter was wont to sit. The skull was split open and the man's pack was rifled. Rood stoutly denied any knowledge of the crime, and, although suspicion attached itself to him, nothing was proved against him. He became morose and moody and never prospered afterward.
People wagged their heads when on the autumn following the murder Rood's apple tree commenced to bear the "bloodyheart" apples. They said it was a silent judgment upon him, and that the dying peddler's curse upon the head of his destroyer had come home to roost upon Rood's apple tree. Nothing like the apples had ever been seen before. Either the apples or the Suspicion wore the life out of Rood, for he died soon after they appeared.
Ever since then the tree has lived, but it has almost ceased to bear the strange apples. It is the fruit from other grafted trees that revives the story to-day.
In an interview Ann Ayer, a Franklin farmer notes that her grandfather owned a Micah apple tree as did several other farmers. There are dozens of accounts on Micah's story and a Facebook Page: The Curse of Micah Rood and Alec Asten  The Curse of Micah Rood (2008)
One of these townsmen who cared for Micah in his old age was Jacob Hyde (1700-1789) the son of Thomas Hyde and Mary Backus. Town Record:
July 5, 1727 two shillings per night and three shillings per day. And on  "December 17, 1728.  to Jacob Hyde for digging Micah Rood's grave, 4 s." 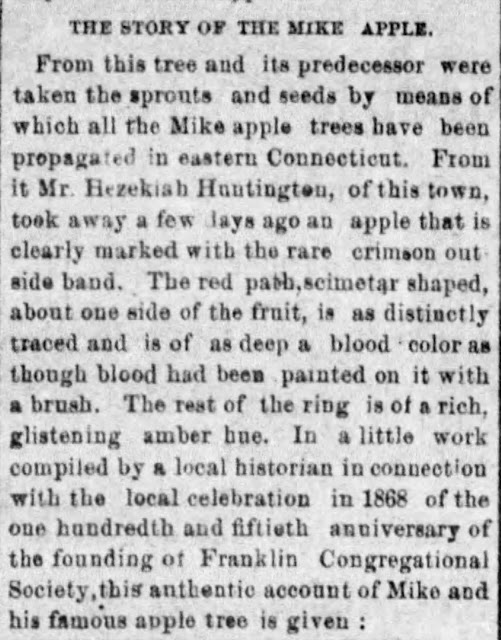 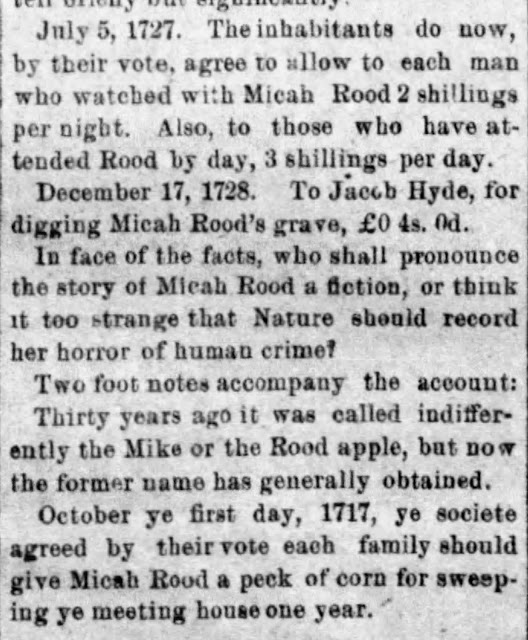 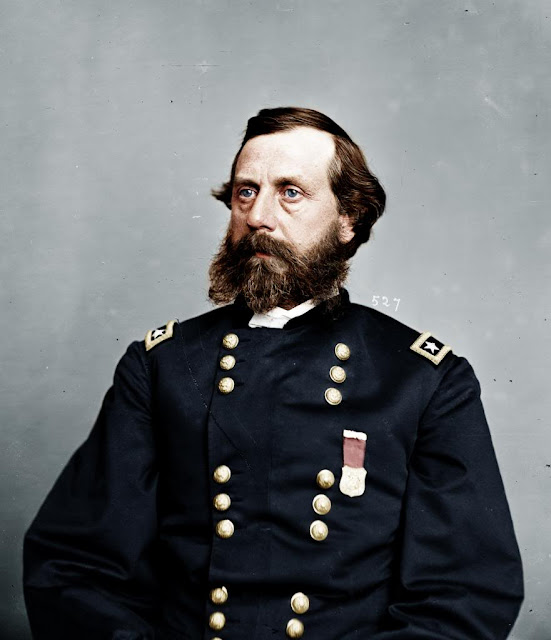 
There is more Rood drama coming and the old saying The proof is in the pudding and the apple doesn't fall far from the tree will certainly show this! Stay tuned!