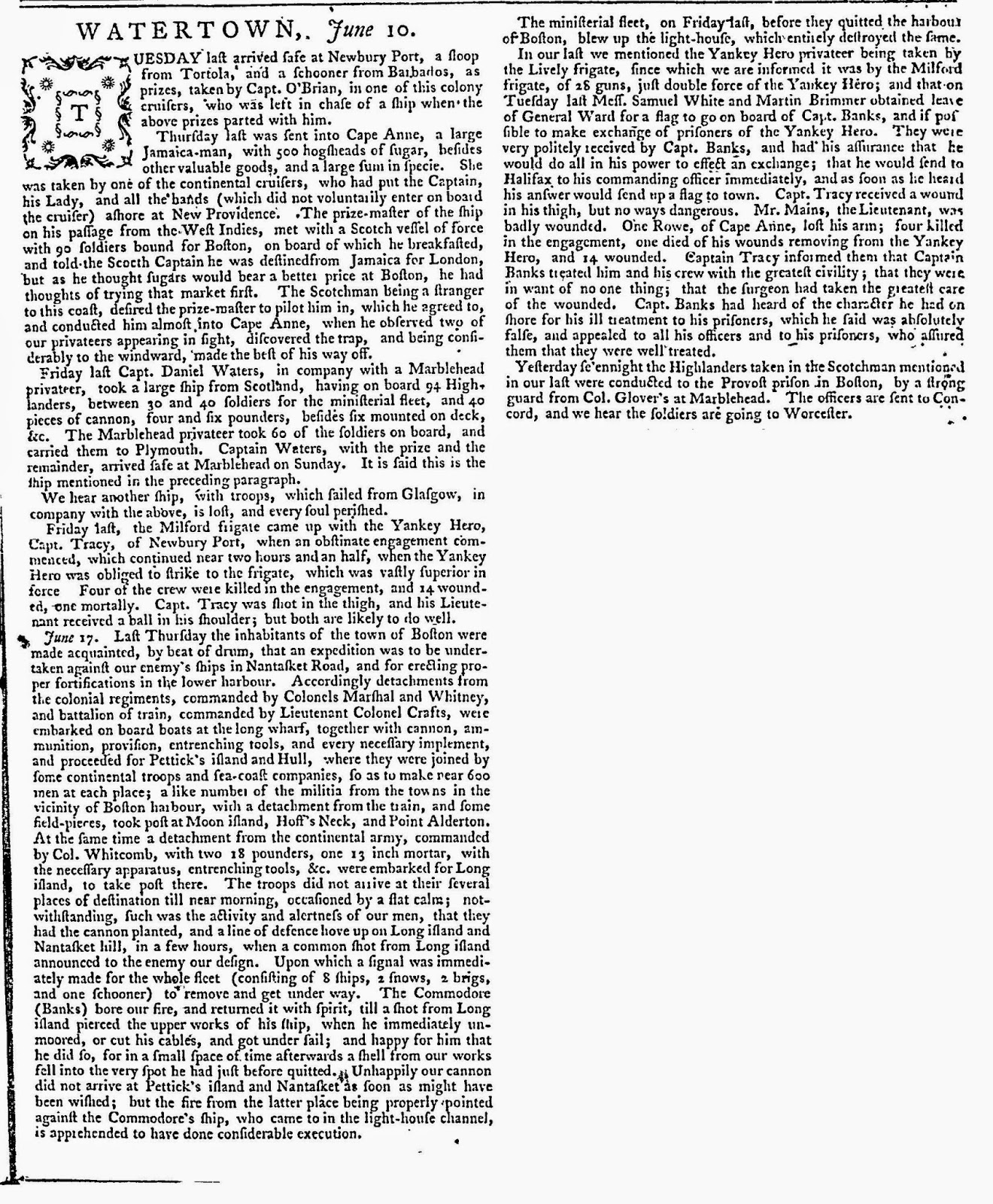 Captain Daniel Waters (June 20, 1731 – March 26, 1816) was a master mariner. Commanded the ship “General Putnam"
He was an officer in the Continental and appointed a captain in the Continental Navy on March 15, 1777.
Article: The LEE ship
Capt. Daniel Waters, in company with a Marblehead privateer, took a large ship from Scotland, having on board 94 Highlanders, between 30 & 40 sailors for the Ministerial Fleet, and 40 Pieces of Cannon, 4 and 6 Pounders, besides six mounted on Deck &c. The Marblehead Privateer took 60 of the Soldiers on board, and carried them to Plymouth; Capt. Waters, with the Prize and the Remainder, arrived safe at Marblehead on Saturday June 12.
Posted by Melissa Davenport Berry at 3:48 AM