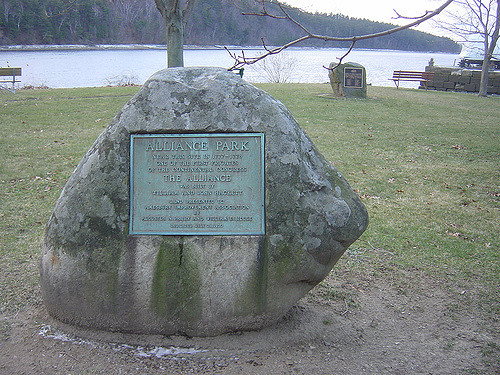 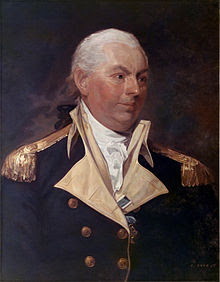 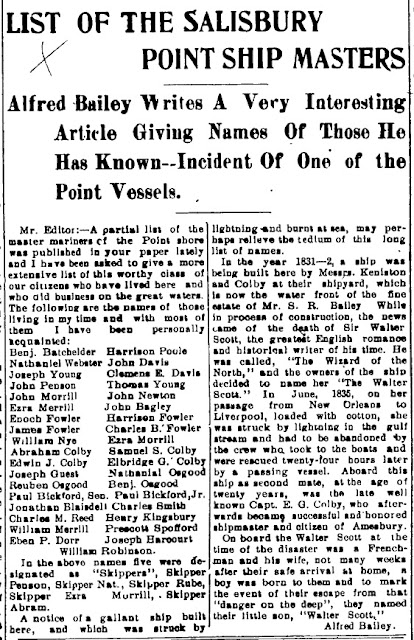 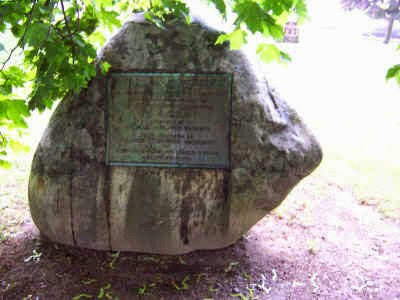 Memorial Marker at Alliance Park Named after the first Frigate Ship authorized by the Continental Congress in 1777. Built by William and John Hackett Photo from Amesbury City
The Josiah Bartlett Chapter of the Daughters of the Revolution organization represented the home (1896-1980) when  Moses Colby donated the house and property to the Bartlett Cemetery Association as a memorial to the Colby and Macy families, and to the people of Amesbury, Massachusetts. The DOR ladies compiled scrap books and from one of the treasures is this article from July 1930. Amesbury's dedication on July 22 1930 to the legendary frigate "The Alliance" forged on the banks of the Merrimac River by the Hackett family. A large scale celebration took place that included the DOR ladies hosting a reception representing another part of Amesbury's history-Quakers which inspired John Greenleaf Whittier. If you have not visited any of the landmarks in Amesbury check out Amesbury Historical Dates and Places of Interest to plan a trip.

From Standard History Of Essex County  Massachusetts By Cyrus Mason Tracy
William Hackett built the the frigate "Alliance," owned by the Federal government. The " Alliance ” was in the memorable battle of Paul Jones, but rendered no service, on account of the jealousy between the commanders. "She carried thirty-two guns and was the favorite of the whole navy on account of her great beauty and speed. This ship had a history. She was not only named for the alliance between this country and France, but was placed in command of a Frenchman, Capt. Landois, and her first service was to convey Lafayette to his home.” Hackett afterwards drafted and superintended the building of the frigate " Essex,” at Salem, Mass. He was the master-builder and superintendent of the twenty-gun ship “ Merrimac,” of 355 tons, which was completed in seventy-five days. The " Merrimac ” was the first and best vessel of her size furnished on loan to the government. Hackett built other vessels here for many years, and afterwards bought a place below, and built a dwelling on the site of Mr. Folsom’s new residence, and established a yard in front, and continued his business, contracting for many ships. He was also the founder of a family that has produced many eminent men. The late Prof. Horatio Hackett, known as the best Greek scholar in America, was a descendant, and native of the town. 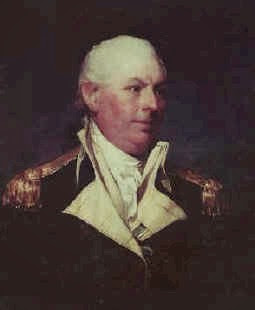 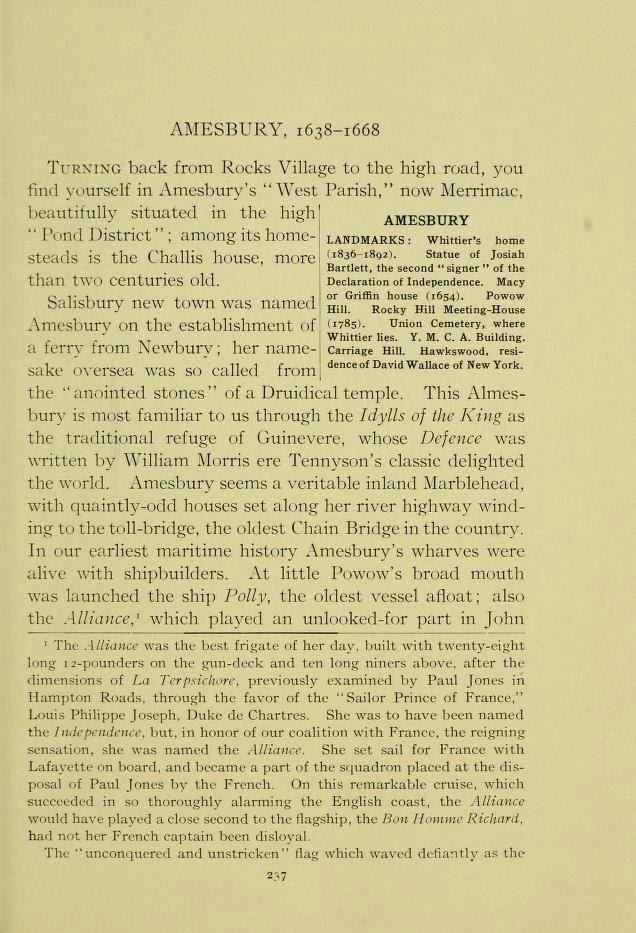 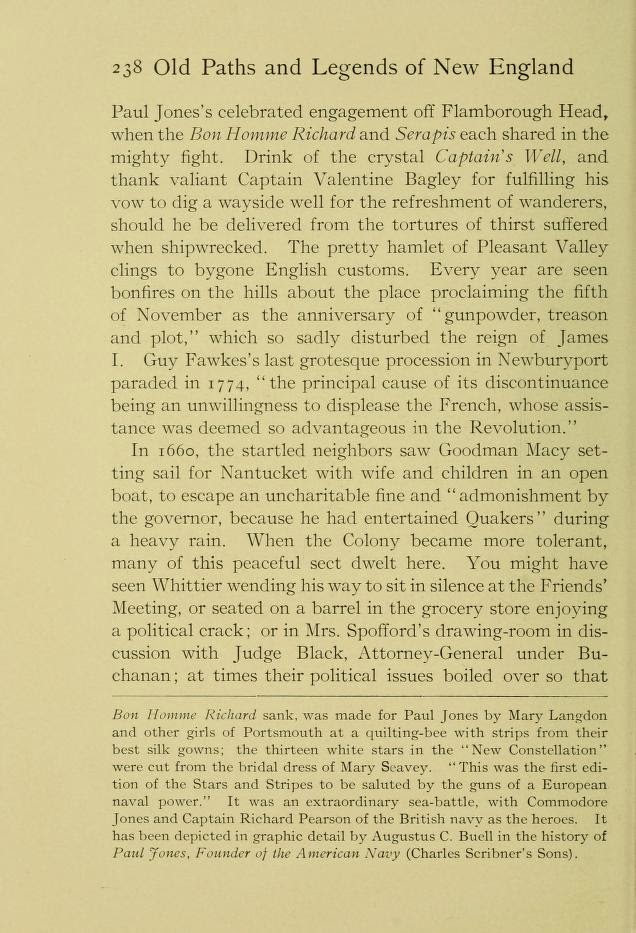 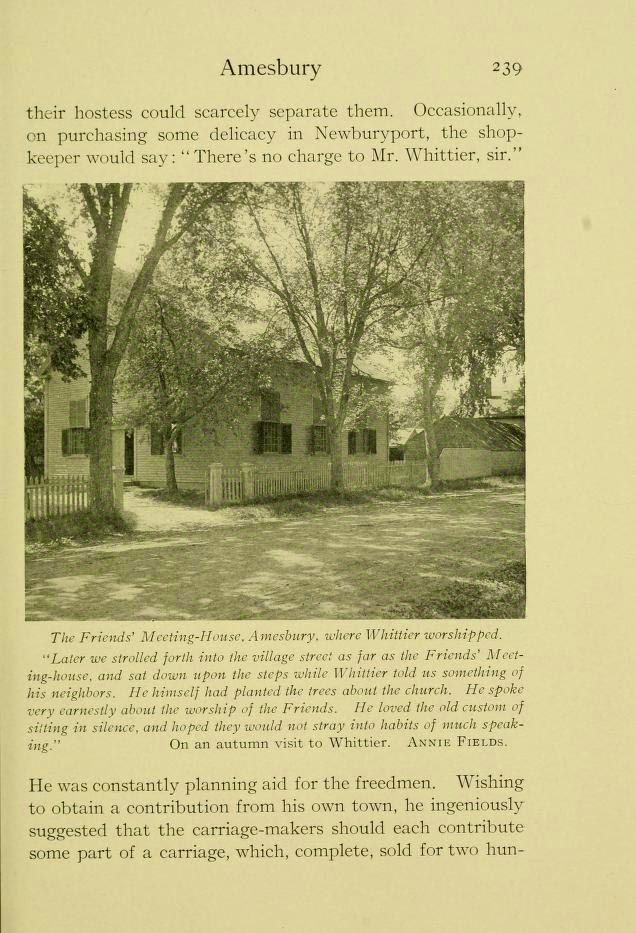 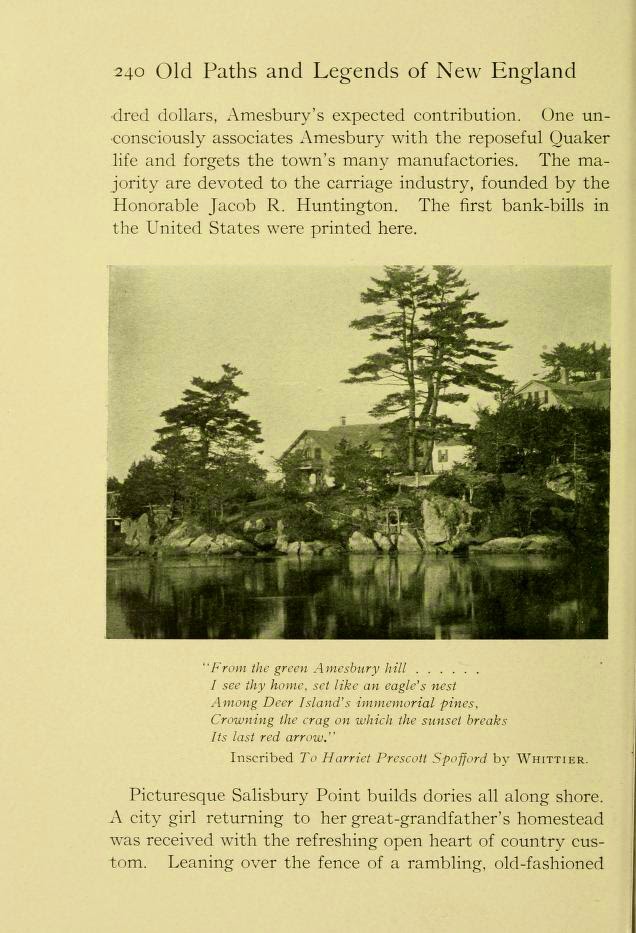 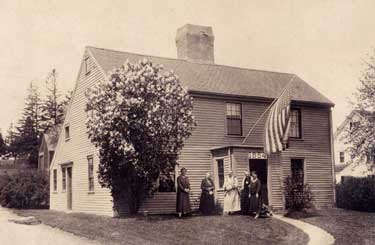 The Daughters of the Revolution at the Macy Colby House

Posted by Melissa Davenport Berry at 6:50 AM No comments: