Brandy Culp, curator of the The Wadsworth Atheneum Museum of Art furnished photographs and Grace Malloy, of the Connecticut Historical Society provided research materials on the Burnap family history.
All known early American musical clocks have been documented in Gary Sullivan's Musical Clocks of Early America, 1730-1830. To purchase see https://willardhouse.org/shop/musical-clocks-of-early-america
The clock was a gift of Erskine Burnap Hyde and Miss Mary Elizabeth Hyde, the children of Charlotte Elizabeth Burnap (1830-1906) and Thomas Colton Parmalee Hyde (1825-1900) grandchildren of the clock maker, Daniel Burnap. 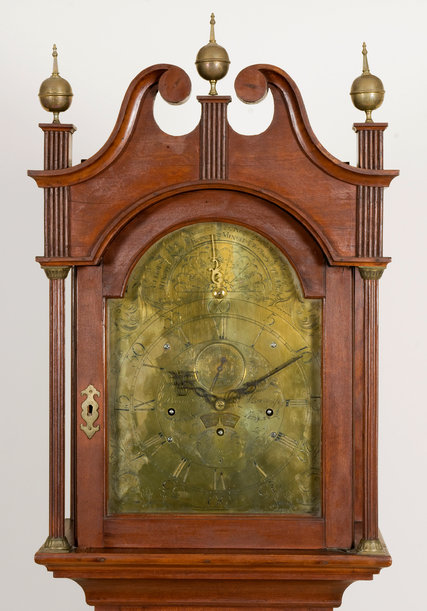 The clock was designed to chime six melodies (which can be heard using a link on the wall label). It is coupled with stanzas from Henry Wadsworth Longfellow’s “The Old Clock on the Stairs.” From Susan Hodara's feature piece, "Poets Give Voice to Art in ‘Sound and Sense’ at Wadsworth Museum." Published in The New York Times March 2016 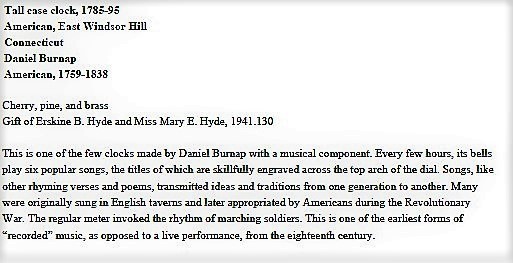 Others donations associated with the estate of Erskine Burnap Hyde were presented as a gift through the heirs, Grant and Sylvia Brown of Brookfield. The donation comprised of letters, account books and documents of Daniel Burnap. These items are extremely valuable and have made it possible for scholars such as Gary Sullivan, to research the history associated with Burnap's clock making career. Full text of "Connecticut Historical Society Annual Report" Content can be viewed here Papers of the Burnap, Brown, Post, Hyde, and Bushnell families 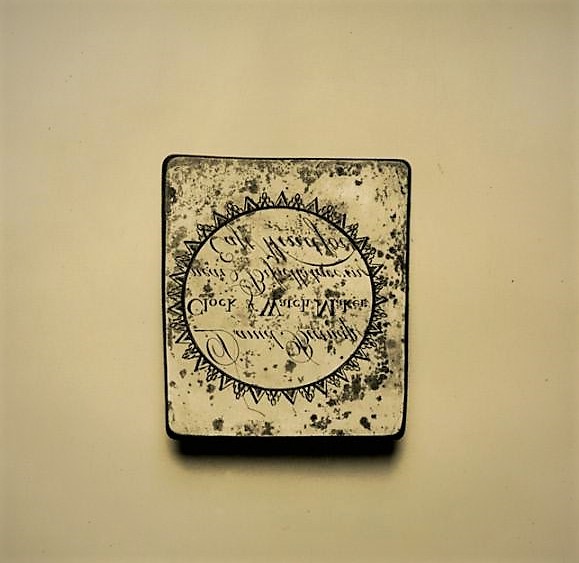 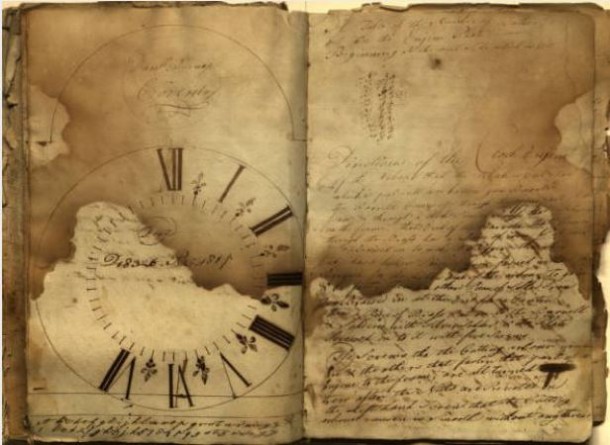 The donor of the clock Erskine B. Hyde lived on the homestead of clock maker Daniel Burnap with his wife Nellie and sister Mary Elizabeth. 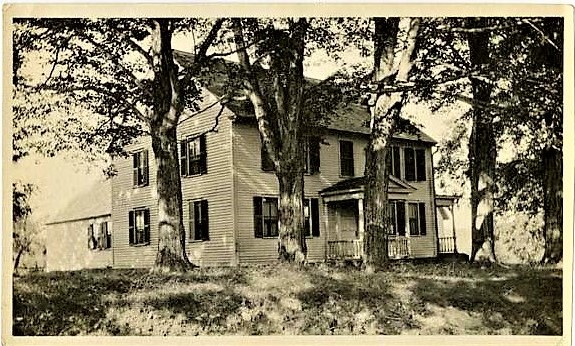 Photograph of the Burnap Farm house, also known as Burnap Brook Farm. As of 2015, it is still a farm, and offers a Community Supported Agriculture (CSA) box for subscribers. CHS 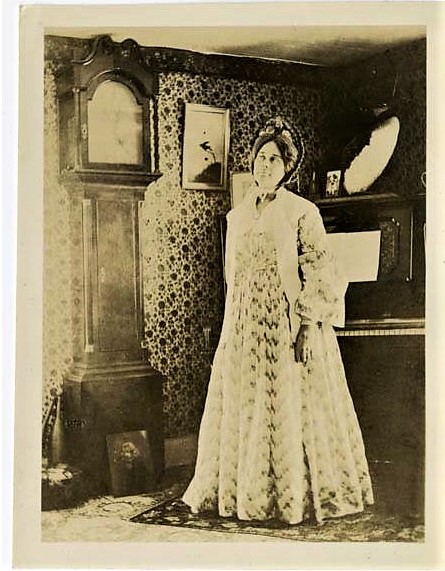 Photograph of Nellie Hyde, wife of Erskine Burnap Hyde wearing a floor-length floral dress standing in a room with the clock made by Daniel Burnap now at Wadsworth Atheneum. Photo from Connecticut Historical Society Digital Collection 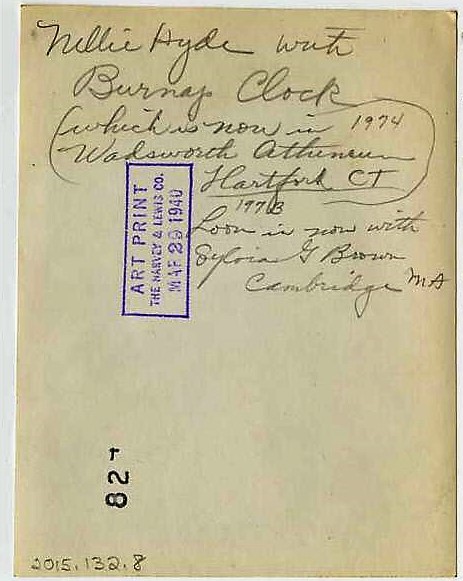 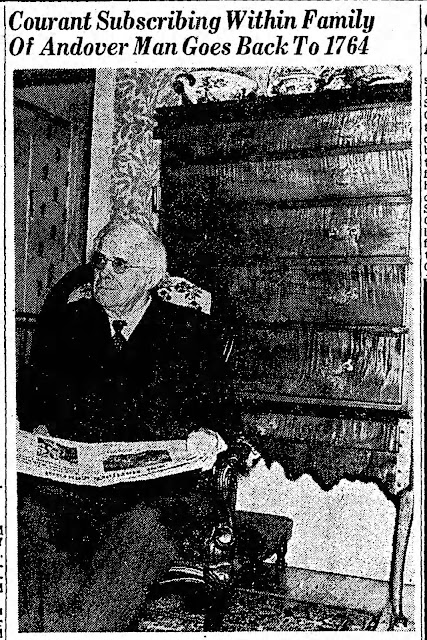 Photo of Erskine B. Hyde in Hartford Courant Sunday May 19, 1950 below article accompanied the photo. 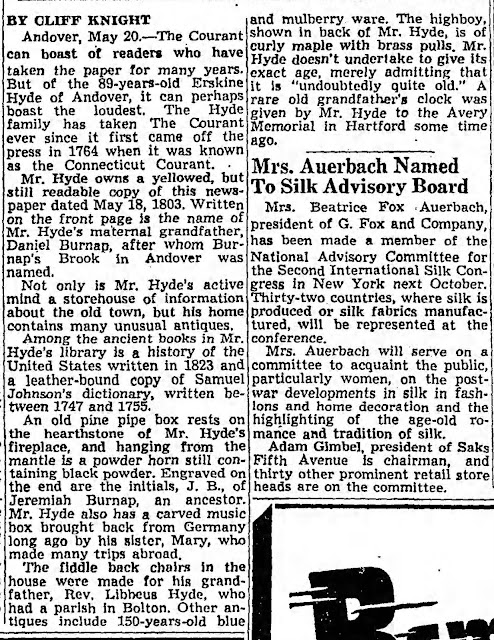 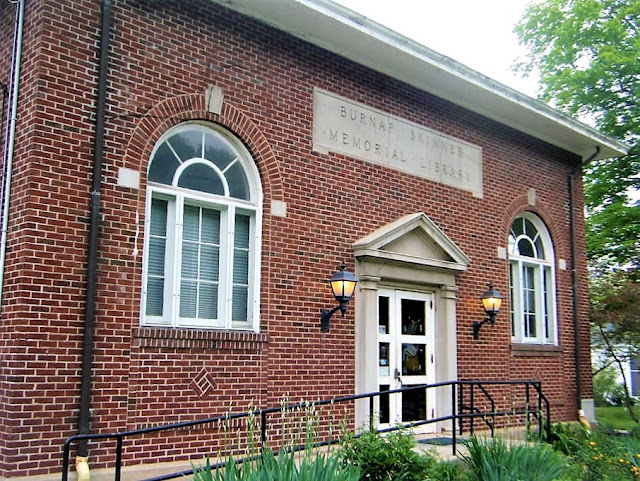 Burnap-Skinner Memorial Building: On November 12, 1927, a new building on the corner of Long Hill Road and Route 6 was dedicated as the Andover Public Library Andover, Connecticut.  In 1919, Elliot P. Skinner, a son-in-law of Daniel Burnap, added a codicil to  his will which laid the financial ground work for a new home for the library:

"I give to William B. Sprague and Erskine B. Hyde in trust, the sum of Five Thousand - 5000 dollars from my estate, and hereby appoint said William B. Sprague and Erskine B. Hyde trustees to use and expend said sum of money for the erection and equipment of a suitable building for the use of the Andover Library Association, said building to be known as the Burnap - Skinner Memorial building. When said building is fully complete it shall be turned over to the Town of Andover and become the property of said Town of Andover." 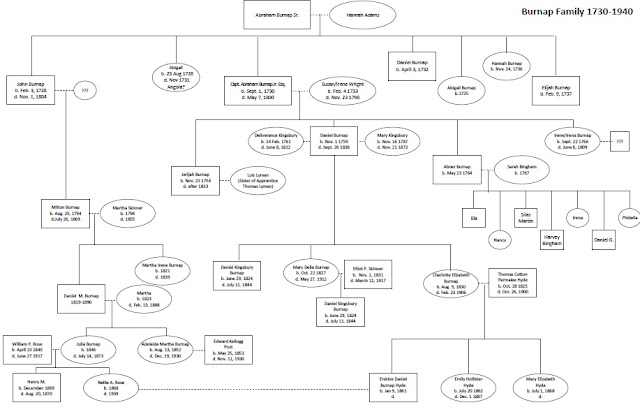 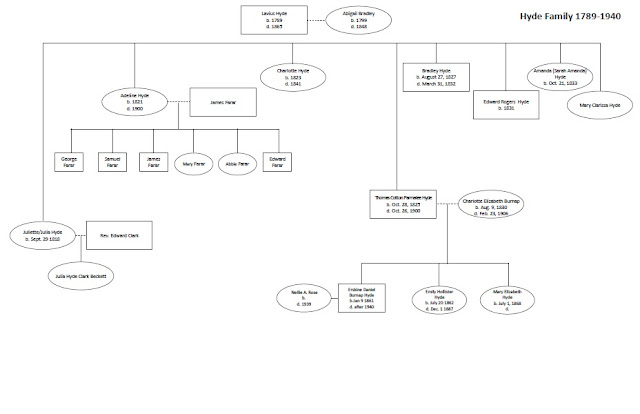 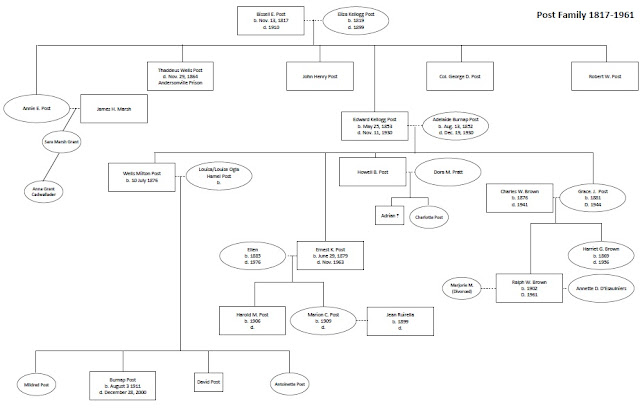 Genealogy of the Daniel Burnap, Clock maker and the Donors. 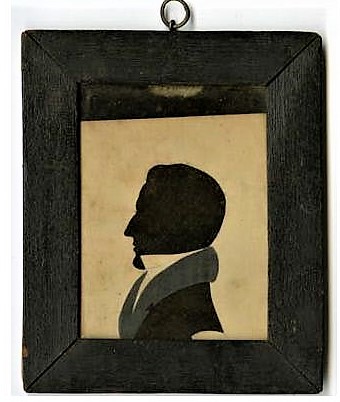 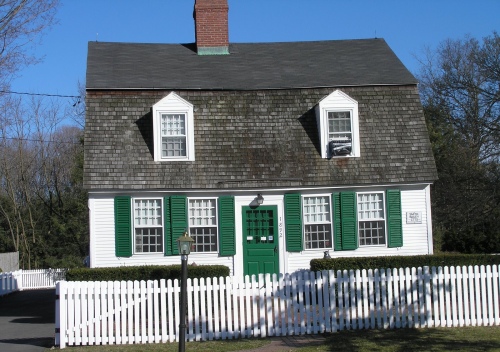 Built in 1772, on Old Main Street in East Windsor Hill for Smith Bailey, a goldsmith and silversmith. Bailey was married to a granddaughter of Timothy Edwards and had a shop in the building that is now the East Windsor Hill Post Office. His gambrel-roofed house was later owned by neighbor Lucy Webster, who sold it to Daniel Burnap in 1786. Burnap used as a workshop and also worked with silver and brass in his East Windsor workshop.

Children of Charlotte and Thomas Hyde: 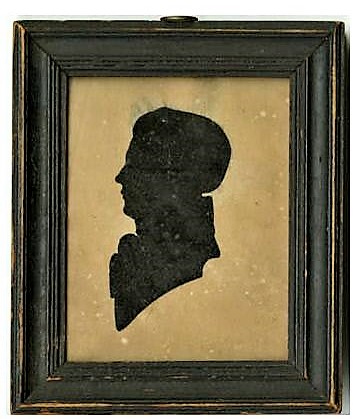 Silhouette of Daniel Kingsbury Burnap, son of Daniel Burnap, the clock maker. Burnap's only son died at age twenty six, He was a sophomore at Yale College. CHS 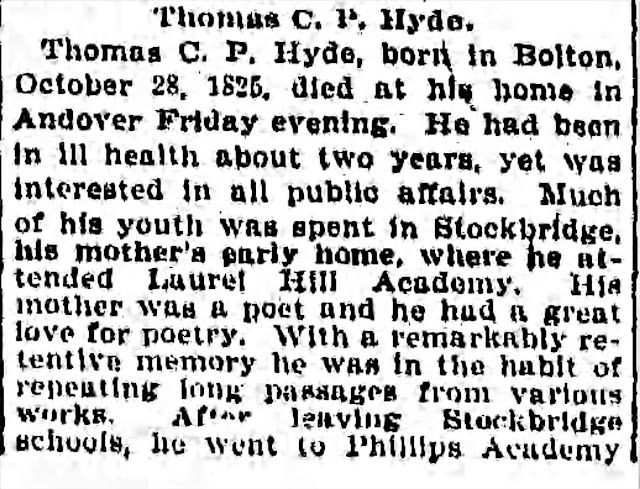 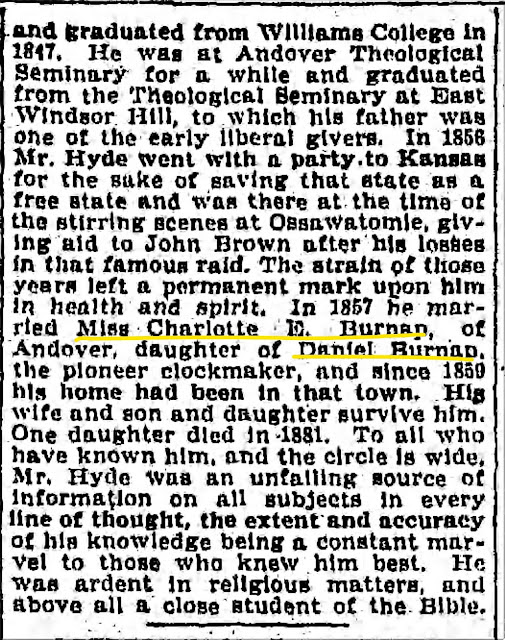 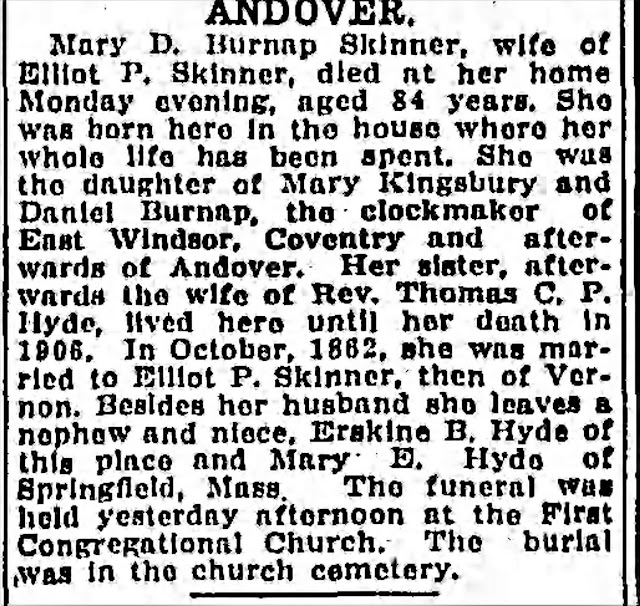 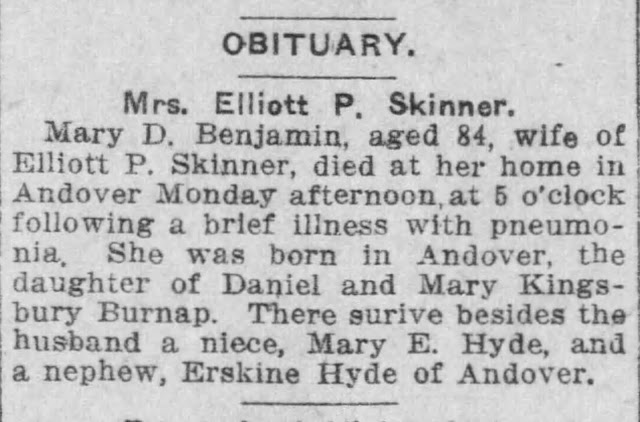 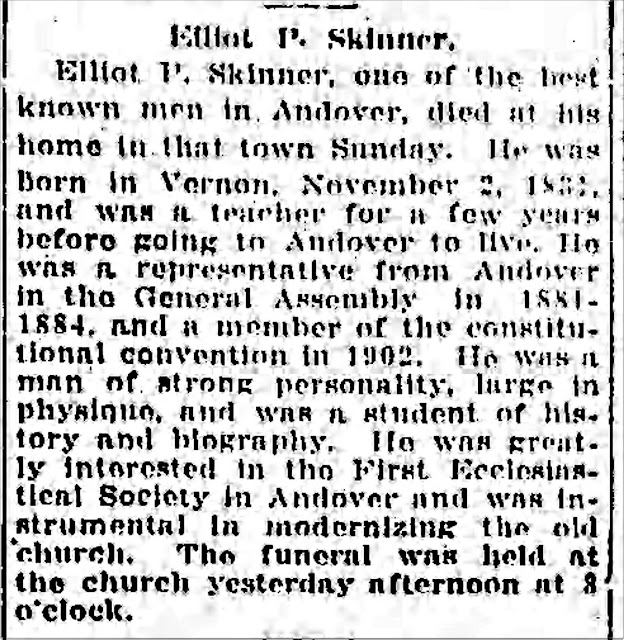 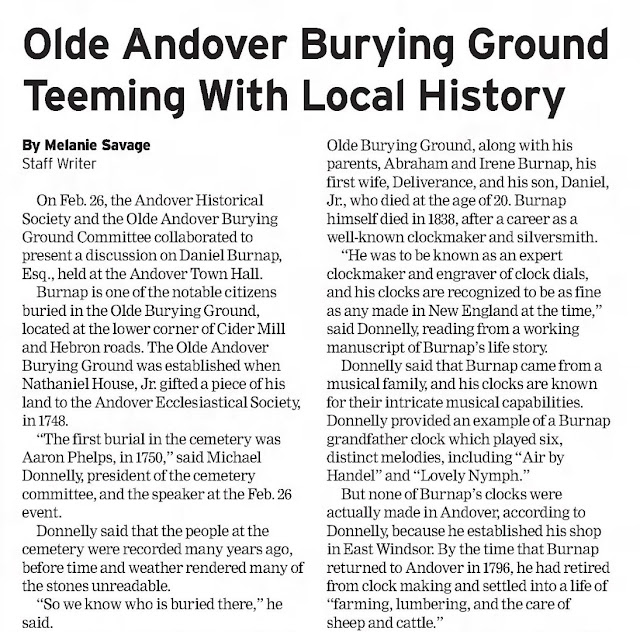 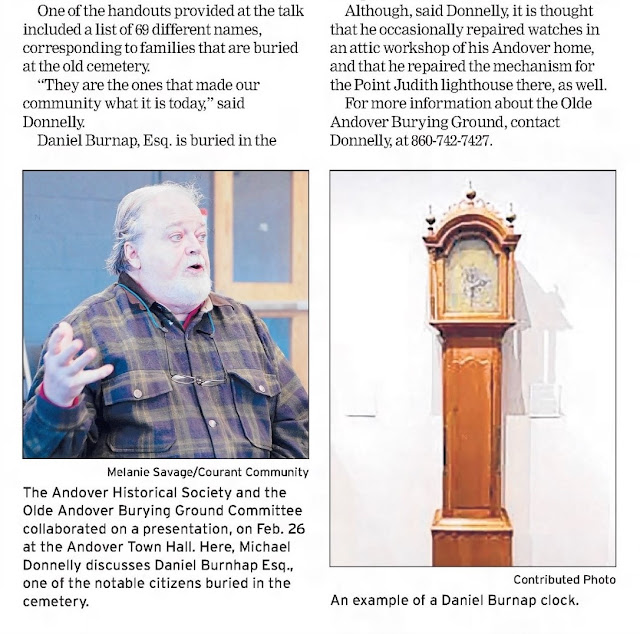 Inscription: "Daniel Burnap/E. Windsor" is engraved on the dial plate. The top of the dial arch is engraved with the names of six songs: "AIR BY/ HANDEL", "THE/ RAPIUR", "Maid of The/ MILL", "Over the Wat/ er to Charley", "FRENCH KING's/ MINUIT", and "MINUIT BY/ T. OLMSTED". 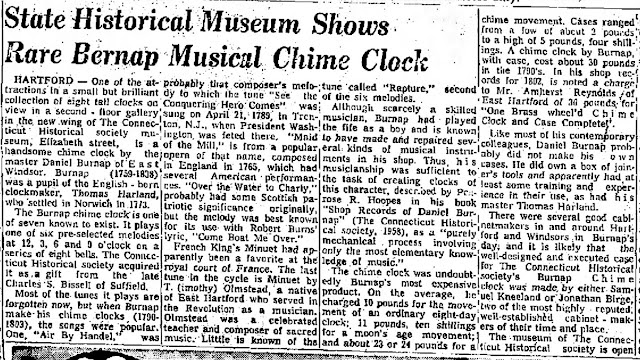 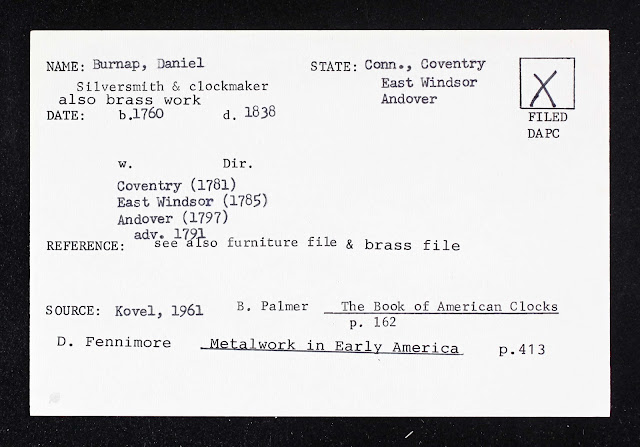 Posted by Melissa Davenport Berry at 10:00 AM No comments: