Children: By his marriage with Ruth Hooper he had ten children; four boys and six girls. Three of his daughters only lived to grow up. All of the boys and one of the girls died in childhood. The loss of his sons was a great affliction to him. In a letter written in 1790 to his friend Mr. Hodge, congratulating him on the safe return of his son John from a sea voyage, he says, " alas ! for me, I have no sons whose return I shall ever welcome." from Eben F. Stone 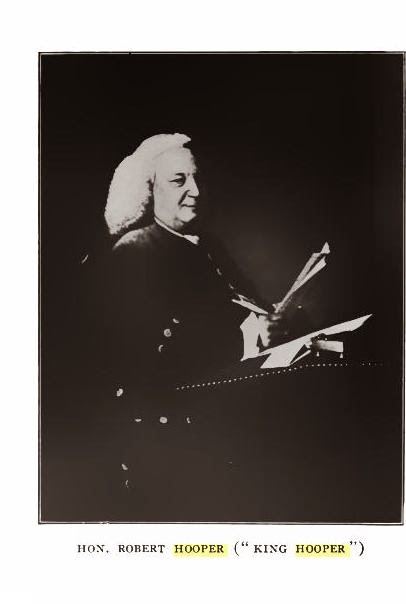 Robert Hooper became a merchant of very great extent of business and owner of large and somewhat widely separated properties. His control of the fishing business of Marblehead and other interests was so pronounced that he was popularly called "King Hooper." He owned lands in Marblehead, Salem, Danvers, and at Lyndeborough, N. H., and elsewhere. He had a large and elegant house at Marblehead and also a mansion at Danvers where he did "royal" entertaining. His vessels sailed to the fishing grounds of this coast and to foreign ports. In May, 1747, he agreed to pay the expenses of a school for poor children, which was established. He had a high reputation for honor and integrity in his business dealings, and for his benevolence. He presented Marblehead with a fire engine in March, 1751. One of his schooners, the Swallow, was captured at the West Indies in 1756. He was representative to the General Court in 1755; declined a seat in the Council on account of deafness in 1759.

Robert Hooper, Esquire, was one of the thirty-six persons appointed " councillers of the Province" in 1774, at the beginning of the agitation which led to the Revolution; and was one of twelve of that number who refused to accept the honor and participate in what they felt would be unjust to the people. He was, however, rather inclined to the side of the king during at least the early part of the war. He died May 20, 1790. From Hooper Genealogy 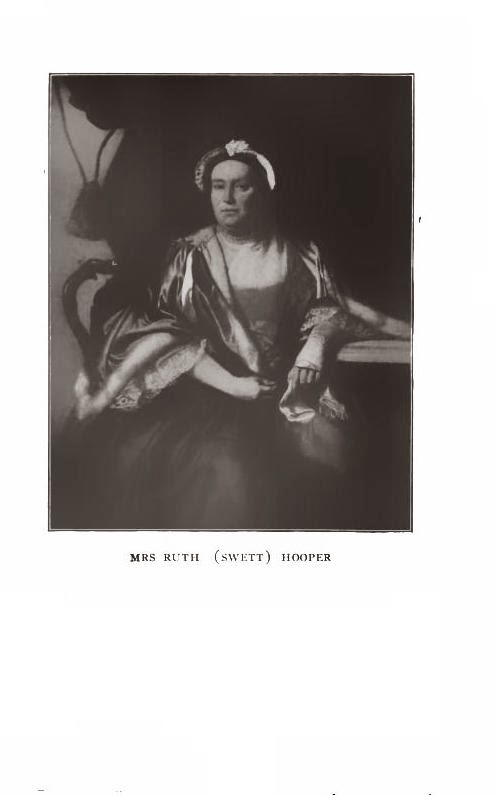 Michael Dalton was evidently a man of ambition, and held the English ideas of family pride and consequence. He died, in 1770, at the age of sixty-one, too early to enjoy the satisfactions which he naturally anticipated from his success in business. His widow, the mother of Tristram, and a most estimable woman, afterwards married Patrick Tracy, the ancestor, on the maternal side, of the distinguished Charles, James and Patrick Tracy Jackson, to whom the Lowells, the Lees, and others of distinction are related. She died Dec. 10, 1791, aged 78. Michael Dalton lived, during the early part of his life, en the northerly side of what is now Market square, near the head of Greenleafs wharf. His portrait is in the possession of a great-granddaughter. It indicates considerable force of character, and his figure, attitude and expression all impress one with the idea that he was a man of energy and self-reliance. from Eben F. Stone
After his death his entire property, with the exception of the widow's thirds, went to his only child Tristram. He made no will, and his estate was never entered in Probate Court, so that there is no satisfactory evidence to be obtained of the extent and value of his property at the time of his decease. It was apparently ample to satisfy his son's wishes and expectations, for it seems that after his father's death he gave his attention not so much to business as to other matters more congenial to his taste. In 1782, Tristram Dalton paid the largest individual tax in Newburyport, the amount being £131-5-6. The same year Jonathan Jackson's tax was £100-1-5 ; Stephen Hooper's,£98-10-8; Joseph Marquand's, £67-6-7; Thomas Thomas's, £56-14-1; William Bartlet's, £37-7-8 ; Moses Brown's, £22-5-11. Tristram Dalton was named for his maternal grandfather, Tristram Little, who was a successful trader in Newburyport, having his place of business in Market square near the corner of Liberty street, and he, too, was named for his maternal grandfather, Tristram Coffin, the ancestor of the English admiral, Sir Isaac Coffin, and an important man in his day. The name of Tristram has been handed down to the present time in different families which trace their descent to Tristram Coffin.    from Eben F. Stone 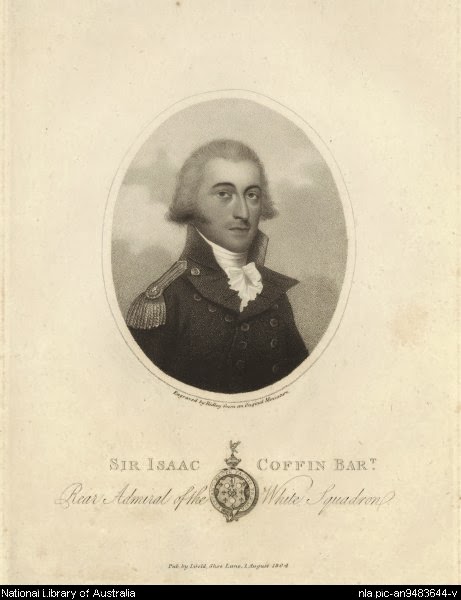 Tristram attended Governor Dummer Academy and went on to study law at Harvard College (1755) and in was in the same class with John Adams. After graduation he worked in Salem, but soon left law and joined his father in business in Newburyport.
Tristram had "a deep interest in agriculture and horticulture which was shown in the extensive garden of his residence on State street, and his estate on Pipestave hill. West Newbury."   from Sarah Emery 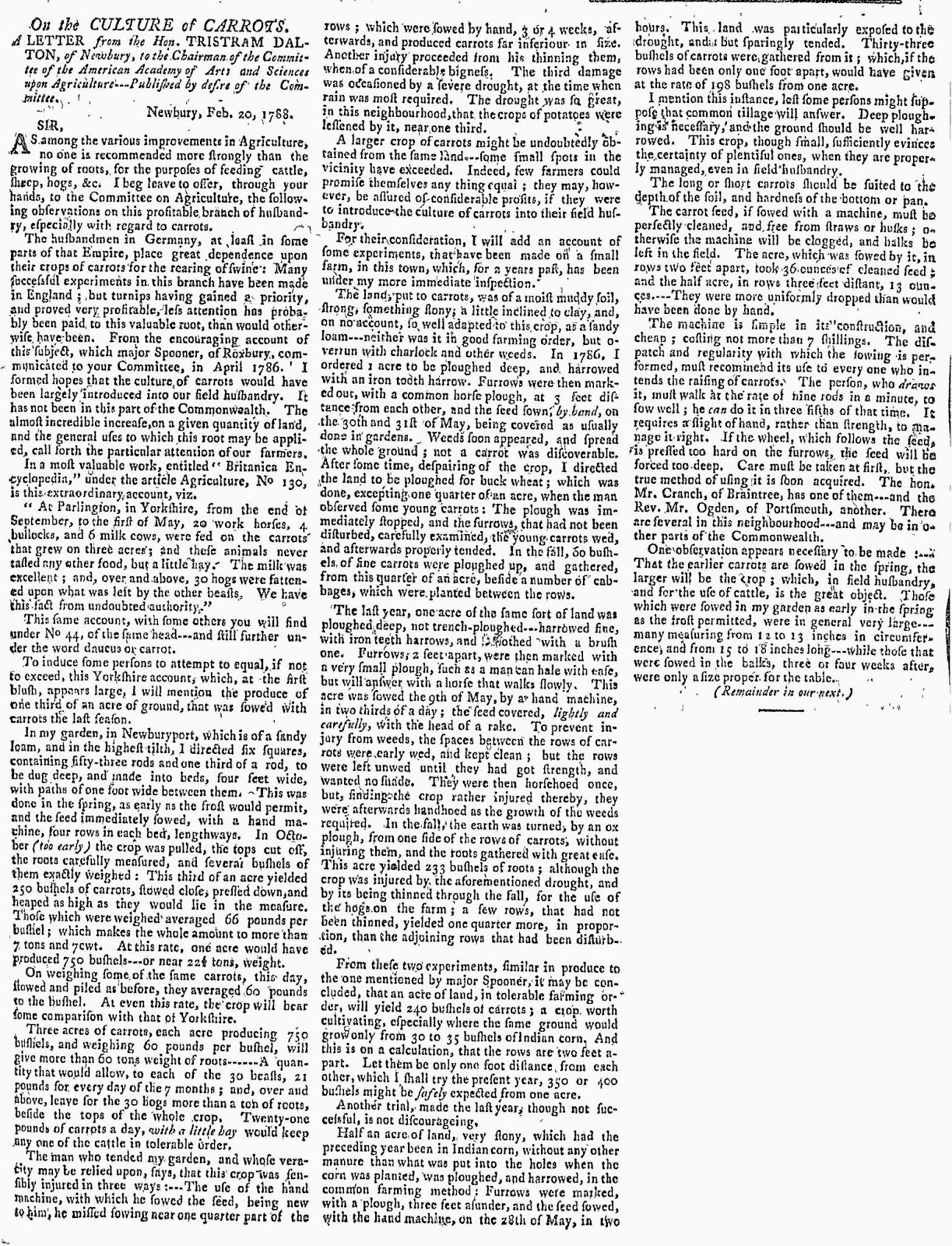 Tristram does not appear to have taken any special interest in public affairs until the commencement of the Revolution, when he unhesitatingly put his heart and soul into the cause of his country. With what strength and ardor of patriotism he congratulates his friend Elbridge Gerry, then a member of the Continental Congress, on the Declaration of Independence in the following letter of July, 1776
Dear Sir: I wish you joy on the late Declaration, an event so ardently desired by your good self and the people you particularly represent. We are no longer to be amused with delusive prospects. The die Is cast. All is.at stake. The way Is made plain. No one can now doubt on which side it Is his duty to act. We have everything to hope from the goodness of our cause. The God of justice is omnipotent. We are not to fear what man or multitude can do. We have put on the harness, and I trust It will not be put off until we see our land of security and freedom, the wonder of the other hemisphere, the asylum of all who pant for deliverance from bondage.
Wishing every blessing to attend you, I am dear sir with great regard,
Your Obedient Servant,
Tristram Dalton
Tristram served as a member of the Massachusetts House of Representatives from 1782 to 1785, and served as speaker in 1784. He was elected to the Continental Congress in 1783 and 1784, but did not attend. He served as a Massachusetts state senator from 1785 to 1788, and was appointed to the United States Senate in 1788. He served from March 4, 1789 to March 3, 1791. He spent his later years as surveyor Boston port from November 1814 until his death in 1817. According to records, Dalton lost all his fortune: he was induced by George Washington to invest in property about what is now Washington City. This did not prove for him a successful financial venture. Tristram Dalton was chosen vestryman of Fairfax Church, Fairfax Parish, Fairfax county, in 1789 (see page 268, Vol. I, Meade's Old Families and Churches of Virginia). 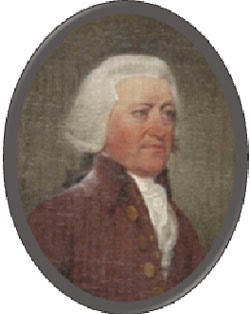 Below The Dalton Club built by Michael Dalton in 1746, was also the home of his son Tristram Dalton, merchant prince and Senator, who maintained a six-horse coach and an establishment that for luxury remains famous. According to legend At his death he left 1200 gallons of choice wines in his cellars. From Porter Sargent 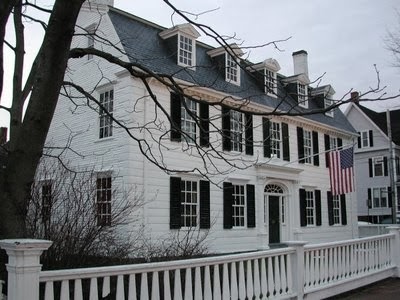 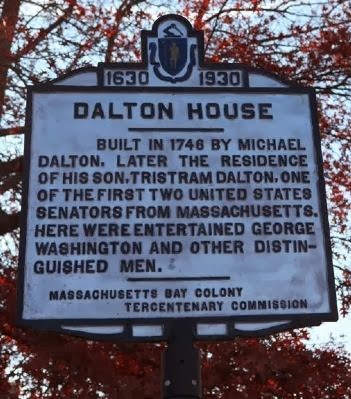 Below: Invitation From President and Mrs. Washington to Tristram Dalton and family Ink, laid paper March 1, 1793 from Mount Vernon Museum 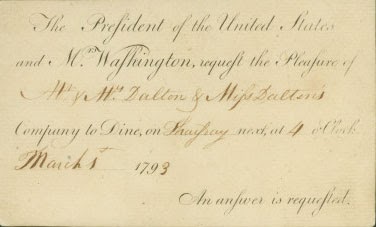 Posted by Melissa Davenport Berry at 2:21 PM No comments: