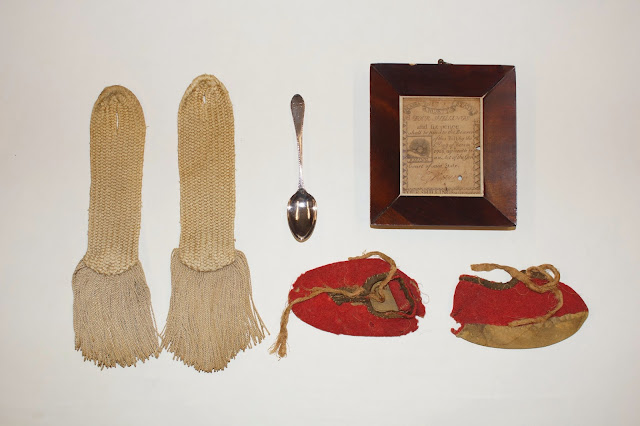 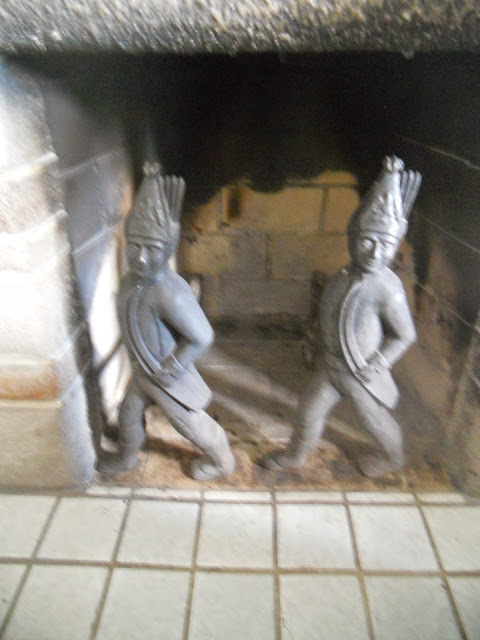 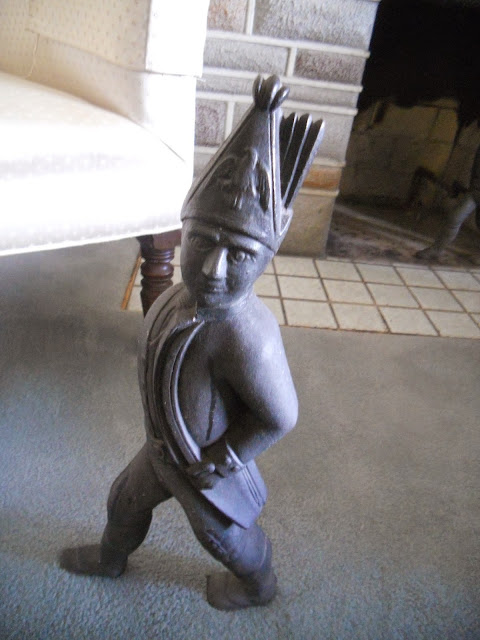 Dorchester Illustration of the Day no. 1929 Tileston House by Earl Taylor

The Tileston House at 13 River Street was built ca. 1770 and ranks among the oldest houses in the Lower Mills West area. Although altered by vinyl siding, this house's distinctive 5-bay, 2-pile, gambrel roof form provides clues to its early origins. During the 19th century, this building was owned and occupied by Charles Tileston whose stove, heating, and plumbing store was next door on the very busy corner of River and Washington Streets.

When we look at architectural features evident in the photo, the gambrel roof, single room depth, and 5 bay facade especially the early gambrel roof) all suggest ca. 1740-1780 18th century English Georgian Style features, compatible with the proposed circa 1770 first build date. The gambrel roof first made its appearance in Massachusetts in the early 18th century Georgian Style buildings [such as the Derby and Cabot houses here in Salem]--and then was later re-introduced most strongly in the Colonial Revival (also called Georgian Revival) period after the 1876 U.S. Centennial.

The 6/6 windows, and nice Federal Style fence were evidently installed later, in the ca. 1780-1830 period after America won the Revolutionary War, to give the Tileston House the more up-to-date Federal Style associations, which became the most preferred fashion once the United States achieved Independence. Charles Bulfinch in Boston and Samuel McIntire here in Salem were two of the most influential architects and designers who helped introduce and popularize the Federal Style after the Revolutionary War, although of course others like Asher Benjamin, Jabez Smith, Samuel Melcher III and Alexander Parris (who typically worked as housewrights and builders as well as architects and designers) were also influential. Jabez Smith is known mostly here in Salem, just as fellow Federal Style housewright and designer Samuel Melcher III who also helped spread the new fashion north of Boston is known now mostly in Mid-Coast Maine. Several of Asher Benjamin's pattern books have been reprinted and are easily consulted. For a nice web site devoted to interpreting Parris's work, see
--John Goff, September 2005 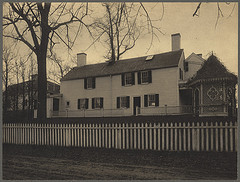 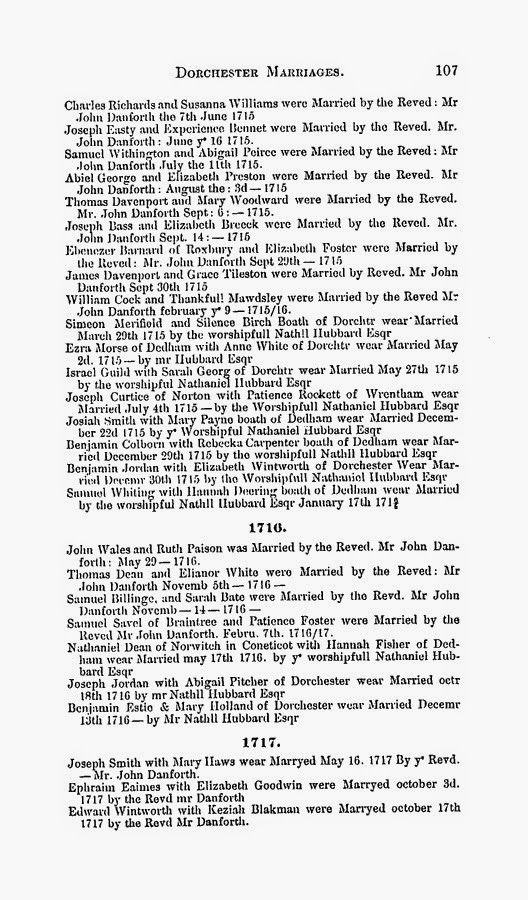 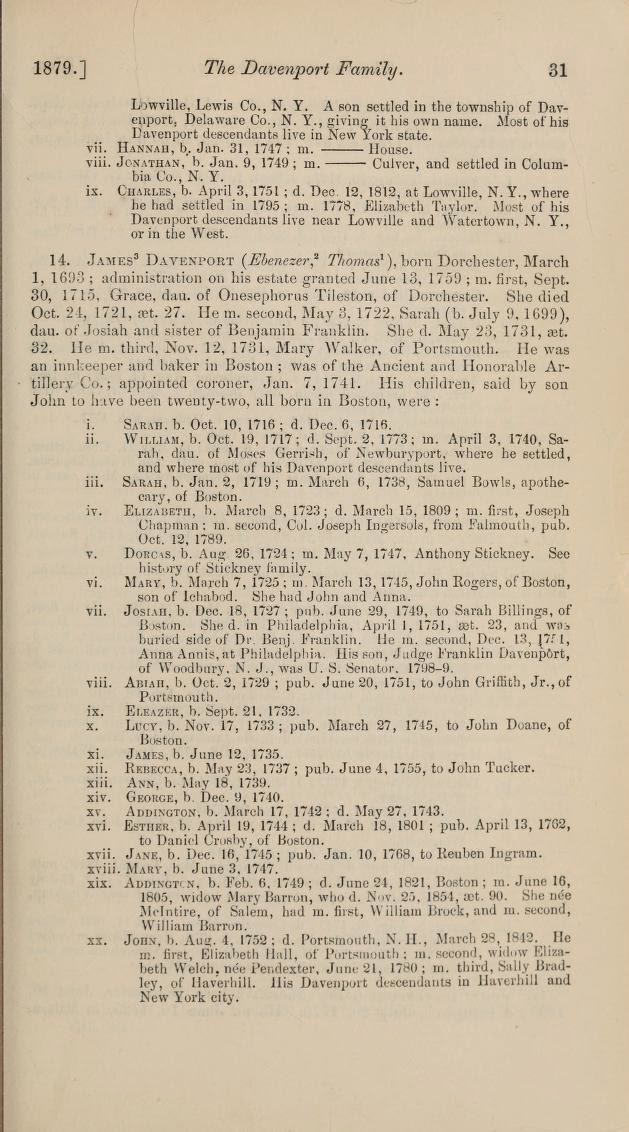 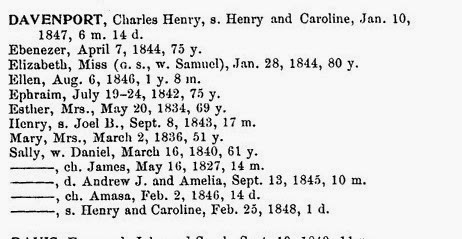 From  Historical Brighton : an illustrated history of Brighton and its citizens Volume 2 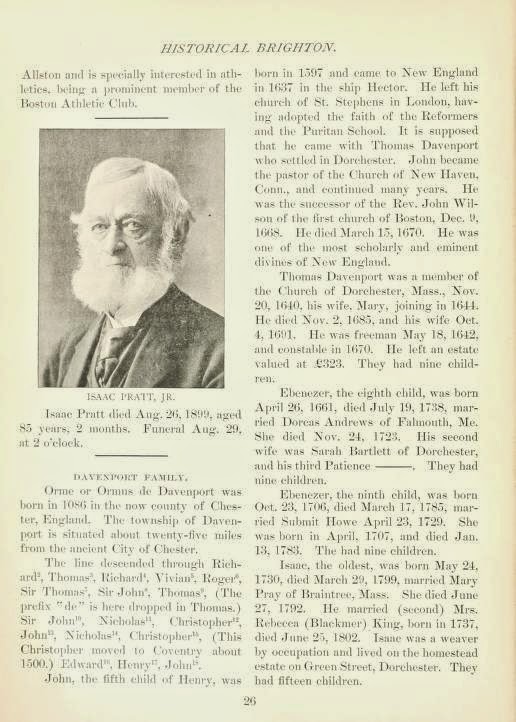 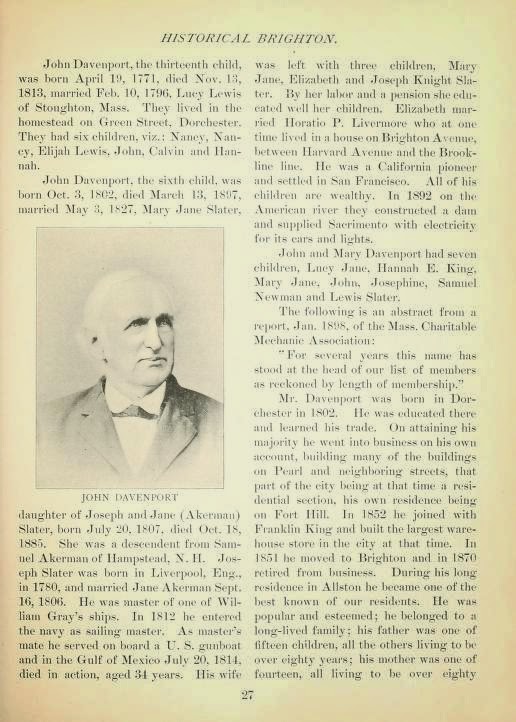 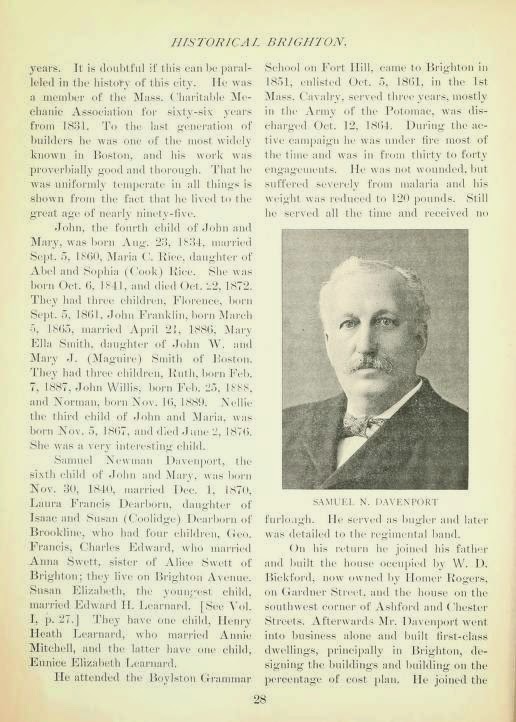 From Dorchester Antiquarian - Marriages and Intentions 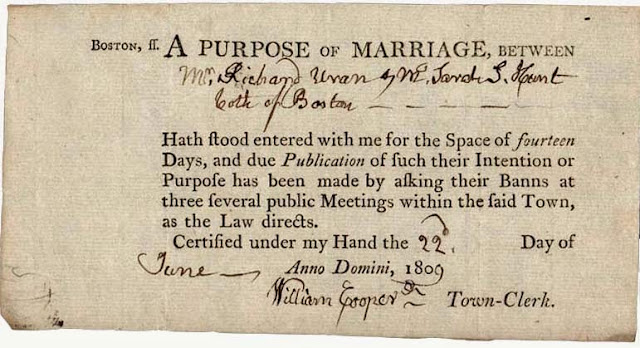 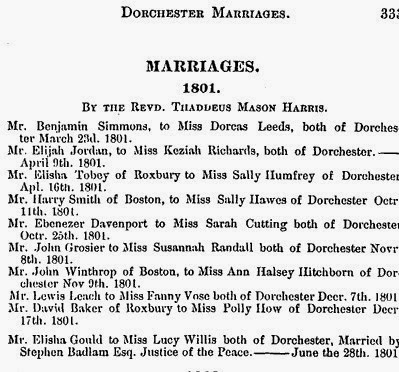 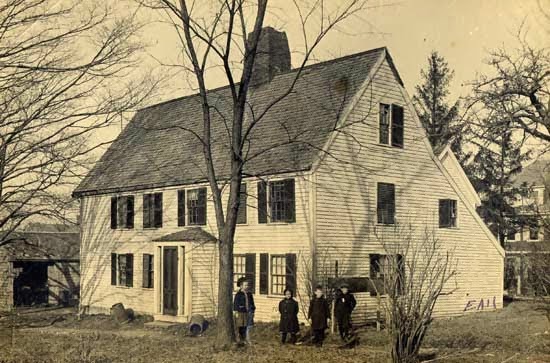 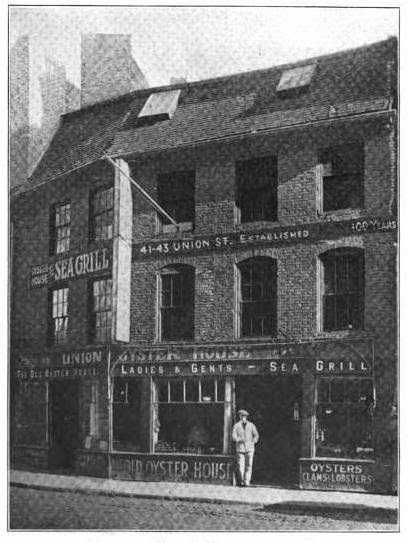 Posted by Melissa Davenport Berry at 8:32 AM No comments: 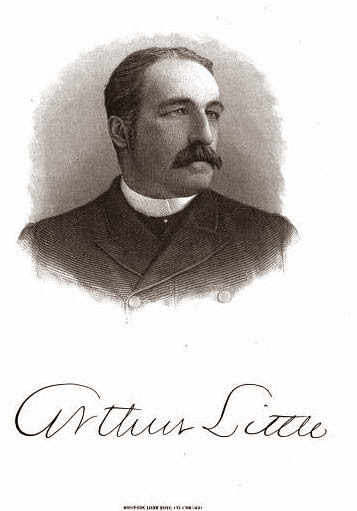 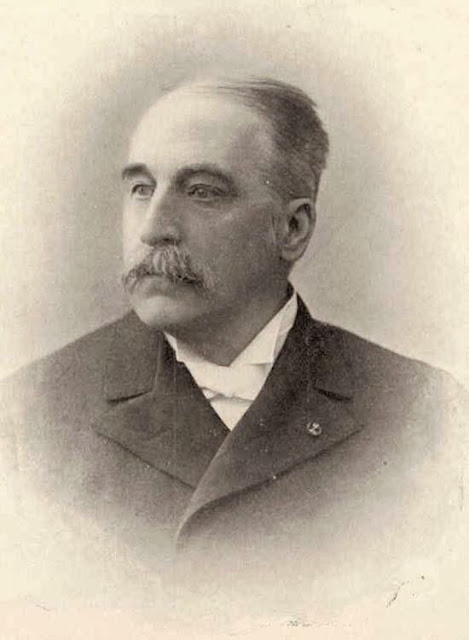 Posted by Melissa Davenport Berry at 8:16 PM No comments: 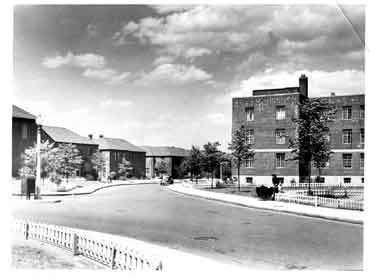 Story by Lauraine Alberetti Lombara submitted on August 2, 2013
Lauraine lives on the North Shore and enjoys reading, writing, and time with her family and friends. She is a member of a writers' group that meets at the Beverly Public Library. Her previous publications include an article about travel in National Geographic Travel Magazine.

My father and mother emigrated from Parma, Italy in 1923 and 1929. Their first home was a third-floor, cold-water flat with a shared bathroom in a cold hallway on Stillman Street in the North End. Looking at photos taken on the roof, I see a lovely al fresco dining and socializing spot with a great view, despite the hanging laundry, of Boston and the surrounding rooftops. Clearly, the market value of a rehabbed penthouse condo in the North End is sky-high and the cost, exorbitant!

Due to my older brothers' continuing respiratory and ear infections, the family doctor advised my parents to move. In 1938, they left friends who were like family -- many from the same province in Italy -- and moved to the newly built Old Harbor Village project in South Boston. My parents were doubly fortunate: first, to be accepted into this landmark housing development, and second, to score a single-family row house, complete with three floors, four rooms, a bathroom, a basement, a small garden in front with many trees, a quick walk to Columbia Park and -- joy of joys-- Carson Beach.

As I was the youngest child, this was my first home. We children grew up surrounded by good neighbors of all nationalities, sharing old-world cultures and values, and forming new, lifelong friendships.

Summers meant days at the Carson and L Street Beaches. My mother trekked across Columbia Park to bring us lunch in her wooden picnic basket, filled with freshly steamed hot dogs in warm rolls, ice-cold drinks and yummy treats baked that morning. Papa ate only day-old, crusty Italian bread with coppa or salami -- no "uncooked white bread" or frankfurters for him.

Winter brought ice skating on the frozen, flooded park, sledding on any available hill -- too often a street -- and listening to records on the Victrola in our toasty basement. Spring and fall were outdoor play times: we dabbled in hopscotch, tag, double-dutch jump rope, releevio, hide and seek, especially at the statues in Sterling Square, and all types of ball games.


Living in South Boston made it possible for my father to walk to Andrew Square and travel by the Massachusetts Transit Authority to work. Papa was a salad chef at Warmuth's Restaurant, known for its Boston scrod, B-Deck salad bowl, and scrumptious prune muffins. My parents never owned nor learned to drive a car. This necessitated living close to public transportation, so when we moved next, it was to another South Boston location close to St. Augustine Church. My parents purchased the former home of family friends who had "moved up" -- and out -- to Arlington, Massachusetts. Now my parents became homeowners of a rambling, old, three-decker row house, larger by far than our previous home, and with a bigger back yard that we shared with close family friends to whom our house and lives were attached.


Our lives were changing: my older brothers finished high school and went on to apprenticeships and college. I continued to commute to Girls' Latin School in the Fenway, then to Codman Square in Dorchester for seventh through twelfth grade, and then to Boston College School of Nursing at Newbury Street and in Chestnut Hill. 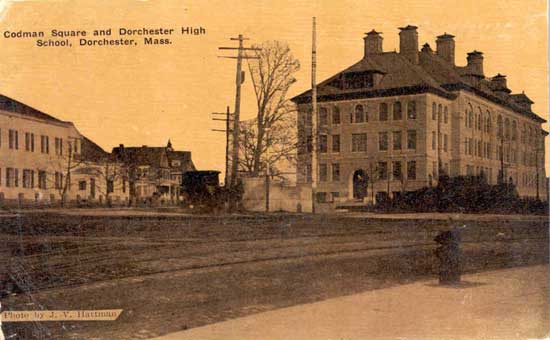 Surely, this last home commands another sky-high price in today's gentrified South Boston. However, by young adulthood, we had moved on, leaving behind three family dwellings, all with unique histories, and bringing with us many sweet and priceless memories. 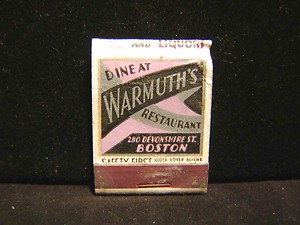 More Stories
Posted by Melissa Davenport Berry at 6:37 AM 6 comments: