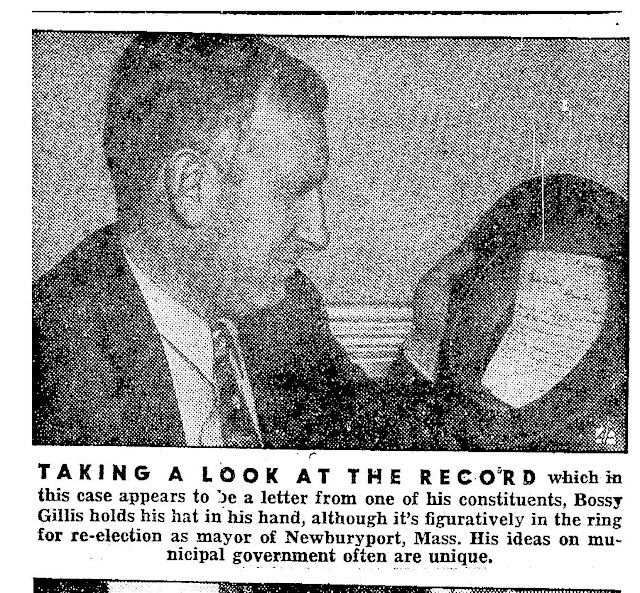 From the Harvard Crimson February 25, 1936
Bossy Gillis, Newburyport Mayor, Thinks Oath Bill Will End Socialism of Harvard Teachers
"I Like the Horse More Than Sullivan" Explains Mayor in Telling of Mounted Police

"If somebody don't do something about it, we're going to have a revolution," prophesied Andrew J. "Bossy" Gillis, spectacular mayer of Newburyport when interviewed at his cut-rate filling station.
"Things are getting like they are in Russia, and we don't want to get in that condition," he went on to say, although as to just what the existing conditions he referred to were, Mayor Gillis was a little hazy.
"That's why I'm in favor of the Teachers' Oath Bill. There's no reason why a professor shouldn't take an oath--I took one when I swore in as mayor, and I think everyone should. Now up there at Harvard you know how many radical teachers you've got; well, this oath bill will do away with them, and they won't teach you any more of that socialism stuff!
"This is my third term as mayor," went on the people's choice as he overlooked mentioning his prolonged visit in jail during his first term, "I isn't polished, but I'm honest. That's why I get the votes, people know where they stand with Gillis!
"You've read about this mounted police business in the papers, haven't you? Well, I'll tell you what really happened. I had a shakeup in the department, just to keep the boys on their toes, you see. I put down that Sullivan, the Marshal's brother, was to be mounted.
"It was just a joke between me and Sullivan, but he made a mountain out of a mole hill and let it get into the papers. Now I've got to get him a horse somewhere. I have a couple of plugs up at the poor farm that sin't doing much, so I guess I'll let him have one of them. The trouble is, though, that I think more of the horse than I do of Sullivan, and I don't want to send it out in the cold to catch pneumonia."
"You see this paper," said the vitriolic mayor, changing the subject and pointing at the headlines of the local evening paper, "I've cut every city employee's pay 25 per cent. They can't expect to get as much when we've got the highest tax rate since Newburyport was incorporated. It can't be helped with this Roosevelt as President," Gillis said, as he lapped into an unprintable tribute to the first executive.
Posted by Melissa Davenport Berry at 6:02 AM 2 comments: 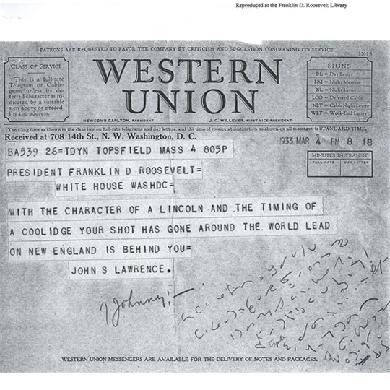 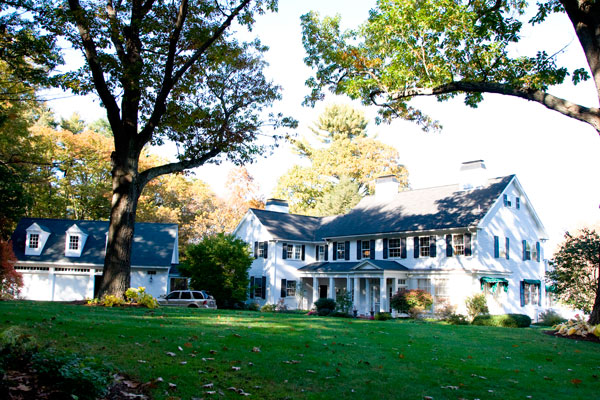 Posted by Melissa Davenport Berry at 6:49 PM No comments: