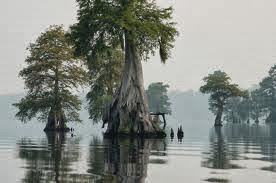 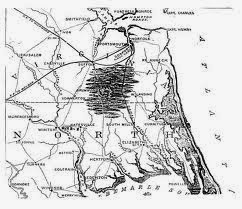 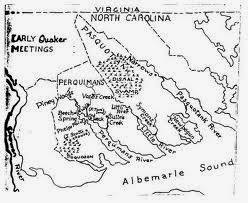 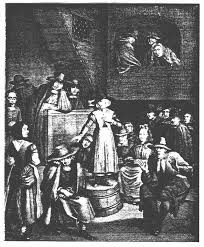 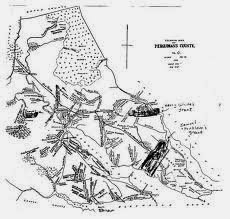 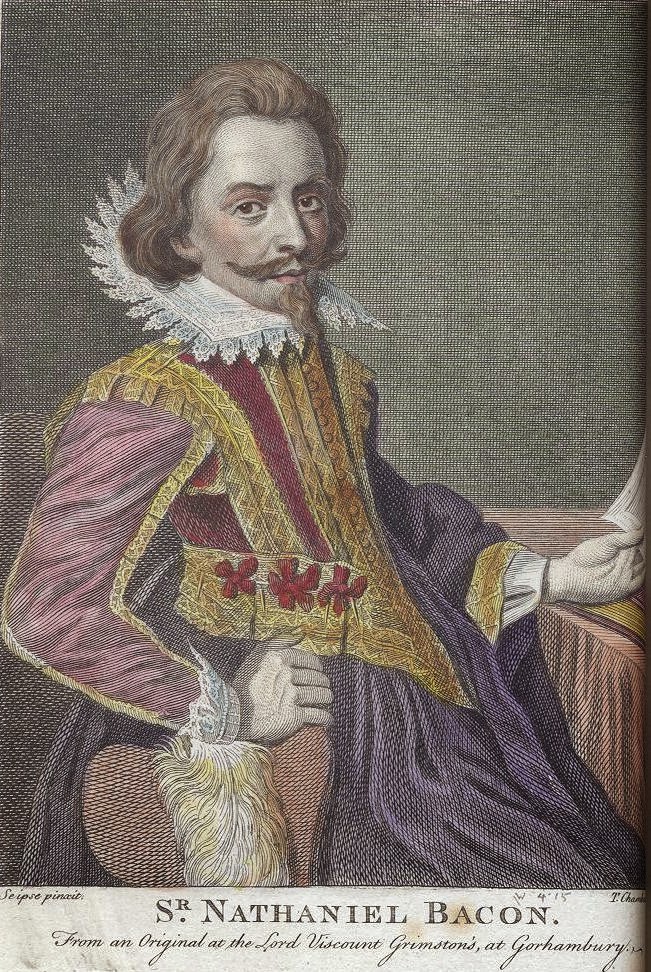 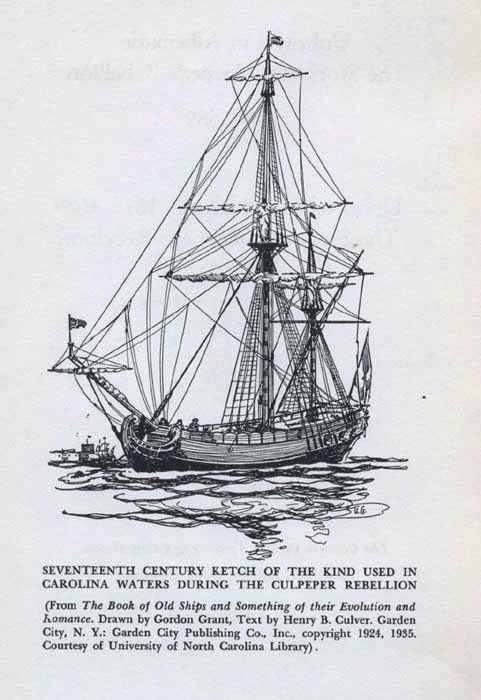 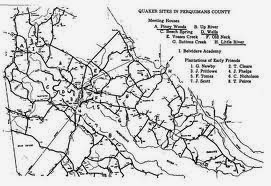 Figure 16.  Map of Quaker Meeting Sites in Perquimans County.  Marked are the sites of Meeting Houses and the Plantations of early Friends living nearby.  From: Perquiman’s county Historical Society Year Book, Hertford, NC., 1973.
Concerned with the question of slavery, they knew they could not operate their farms without slave help.  They preferred living in frontier areas where they were free of the social pressures of concentrated population.  Albemarle was becoming quite populated.
HENRY WHITE
One of the earliest Quakers in Pasquotank County was Henry White who had come from Isle of Wight County, Virginia, around 1670.  He had purchased lands at the head of Little River where a preparatory meeting had been established as early as 1663.  White served as Registrar for Little River Meeting and for the Pasquotank Monthly Meeting which included four other meetings besides Little River.  He served on the North Carolina Higher court and for short periods of time on the Precinct County Court.
White gave land for the building of a school alongside the meeting house which was the first school built in North Carolina, and he taught in that school.  A poem White wrote in 1698 as a teaching tool for his students came to light at Guilford College in Greensboro, NC.  This long poem is said to be the oldest extant work of poetry from the southern states.  It apparently was used as a form of communication with other Quaker meetings in various regions and to instruct his pupils with a religious message of the Quaker faith at the same time.
As a young man White had attended school in Isle of Wight County, where his father made a living as a cooper and served as Justice of the Peace.  His grandfather, Henry White, had lived on Queen's Creek in York County, north of Williamsburg.
In 1631 Governor John Harvey determined to secure the area between the James and York Rivers by building a palisade across the peninsula between Archer's Hope (College Creek) and Queen's Creek.  Incentives were offered to any settler who would relocate to that area to defend and protect the development of the area.  Fifty acres were offered to each man who would relocate there for the first year, twenty-five acres for a second year.  This may have been the incentive for families like the Whites and the Hills to spend a short period at Queen's Creek in York county, later returning to the counties south of the James River.
Posted by Melissa Davenport Berry at 5:54 AM 1 comment: