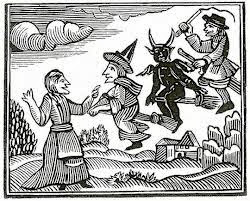 
Sadly the book collection is more than a little disappointing in this respect, although we do have lots of works on alchemy, including one about the Philosopher’s stone. I did, however, manage to track down An essay on apparitions, written by Sir James McGrigor FRS and published in 1823. This takes a much more scientific approach to its subject matter, as is set out in the introduction:
The following Essay was written originally for a Literary Society to prove the reality of Ghosts, and by accounting for their appearance from natural causes, to remove those impressions of terror which are made upon the minds of youth, when apparitions are supposed to be preternatural.
This subject was illustrated by a number of cases, drawn from the author’s own experience, and which cases were all of them capable of being authenticated at the time by members of the Society.
Moving into the rather more recent past, and turning to “the minds of youth”, our extensive collection of Howard Florey’s papers and correspondence contains a charming Halloween letter (pdf) from his 8 year old son, Charles. Written on 31 October 1942, Charles describes the hybrid dwarf/clown/monkey outfit he plans to wear for Halloween, and mentions a school party involving cookies and candy. No “impressions of terror” there.
At least one current Fellow has taken an interest in this sort of thing too: David Dolphin put forward an interesting theory about vampires, published in New Scientist in 1988.
With the nights getting longer and darker as winter approaches, and as wind and rain fill the black hours with unfamiliar and unexpected sounds, it is perhaps little wonder that even the most cynical amongst us might experience an occasional frisson of unease at this time of year. In the words of one of my favourite poems:
And the silken sad uncertain rustling of each purple curtain
Thrilled me – filled me with fantastic terrors never felt before.
Posted by Melissa Davenport Berry at 2:07 PM No comments: