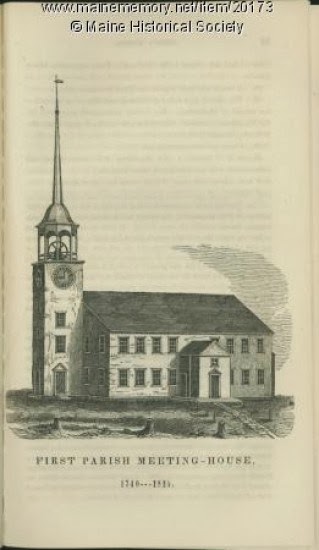 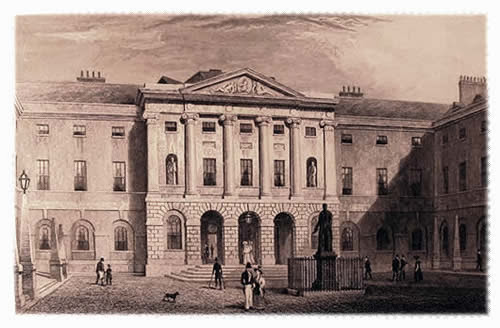 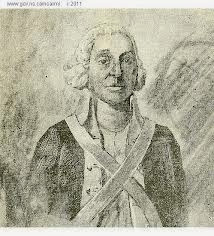 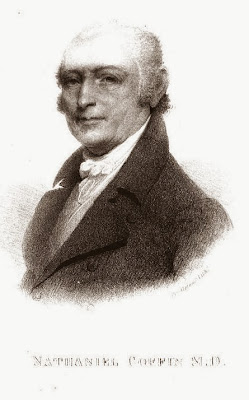 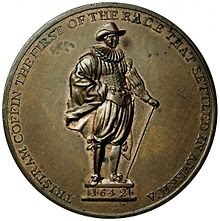 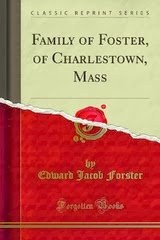 
PORTLAND, ME.
By Surg. Chari.es E. Banks, M. H. S.
The Marine-Hospital Service was established by act of Congress in 1798, but how soon it extended its operations to Portland is not known. The probability is that it did not attain any importance for several years, as the first record of the treatment of sick seamen appears in a small volume in the hospital archives and begins in 1805. The heading of the record is "A list of sick and disabled seamen receiving assistance from the agent of the marine hospital at the port of Portland." This " agent" was the collector of the port for the time being, but there was no marine hospital building, properly speaking. The agent of the fund selected a local physician to attend the patients, and rendered accounts of his transactions direct to the Secretary of tbe Treasury. The first marine-hospital physician was Dr. Nathaniel Coffin.
Dr. Coffin was the son of Dr. Nathaniel and Patience (Hale) Coffin, of Newburyport, Mass., where he was born April 20,1744. He was brought to Falmouth as a young child by his parents, and his father died here January 11,176G. Nathaniel, jr., was sent to England by his father in 1763 to study medicine at Guy's and S. Thomas hospitals, London, and when he returned to Falmouth in 1765 he entered upon a lucrative practice, which he enjoyed for over half a century. He was the leader of his profession in this section of the country, a position which he did not forfeit during the troublous Revolutionary times on account of his sympathies with the loyalists. He married Eleanor Foster, of Charlestown, Mass., by whom he had a large family. The doctor and his wife are described as a markedly handsome couple, characterized by graceful and dignified manners, gifts of person which all their children inherited. He died October 21,1826, at the advanced age of 84 years. His portrait hangs in the office at the hospital.
It is not known whether Dr. Coffin retained the position of attending physician to the day of his death, but if so, there is an interregnum which I am not able to fill.
Posted by Melissa Davenport Berry at 7:00 AM No comments: