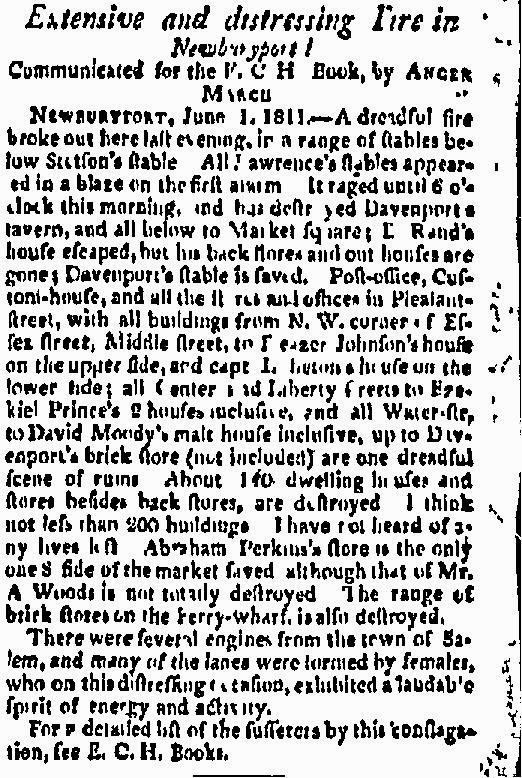 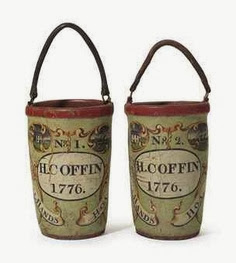 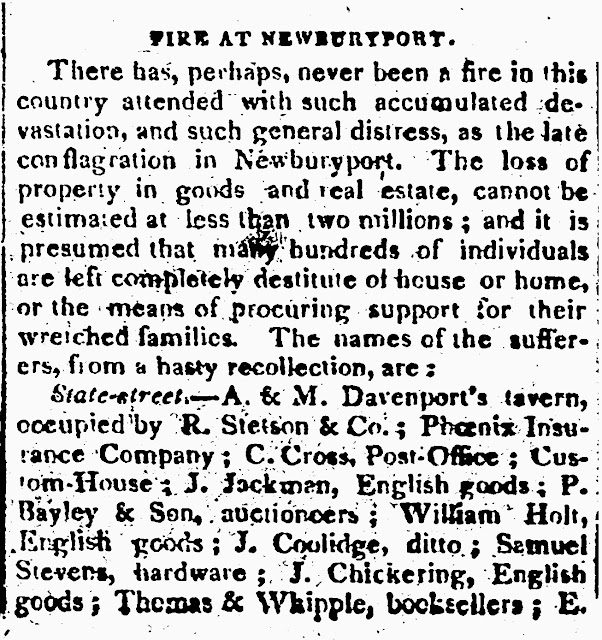 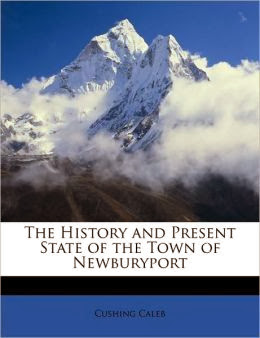 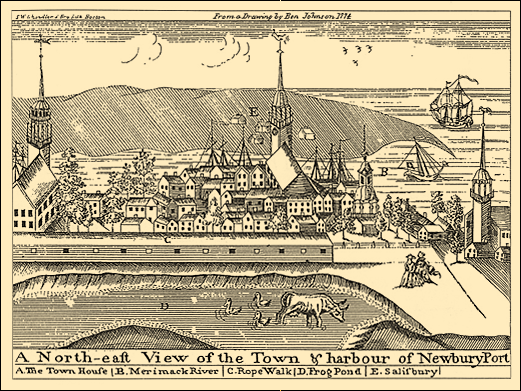 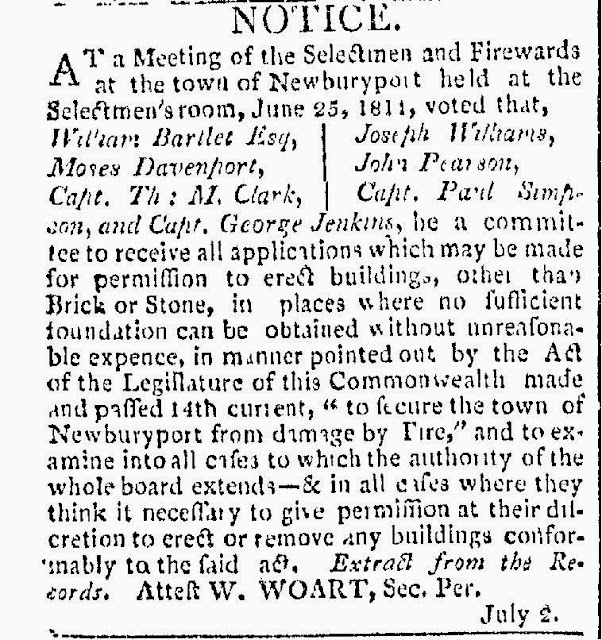 from The Panoplist, and Missionary Magazine United, Volume 4; Volume
FIRE AT NEWBURYPORT,
Thanks correspondent, who furnished the list of donations to the sufferers by the fire at Newburyport, has transmitted some corrections of that list, and several additions, which we here subjoin: Becket $12 99 Blandford 31 00 Belchertown 16 00 Boylston 40 U0 Berkshire \Vash. Ben. Society 80 00 Berwick, Rev. N. Lord’s Soc. 6 69 Carried forward 186 68
Posted by Melissa Davenport Berry at 10:18 AM No comments: