Abel attended Lawrence Academy in Groton MA graduated 1820 from "Catalogue of the officers and students of Lawrence academy: from the time of its incorporation." 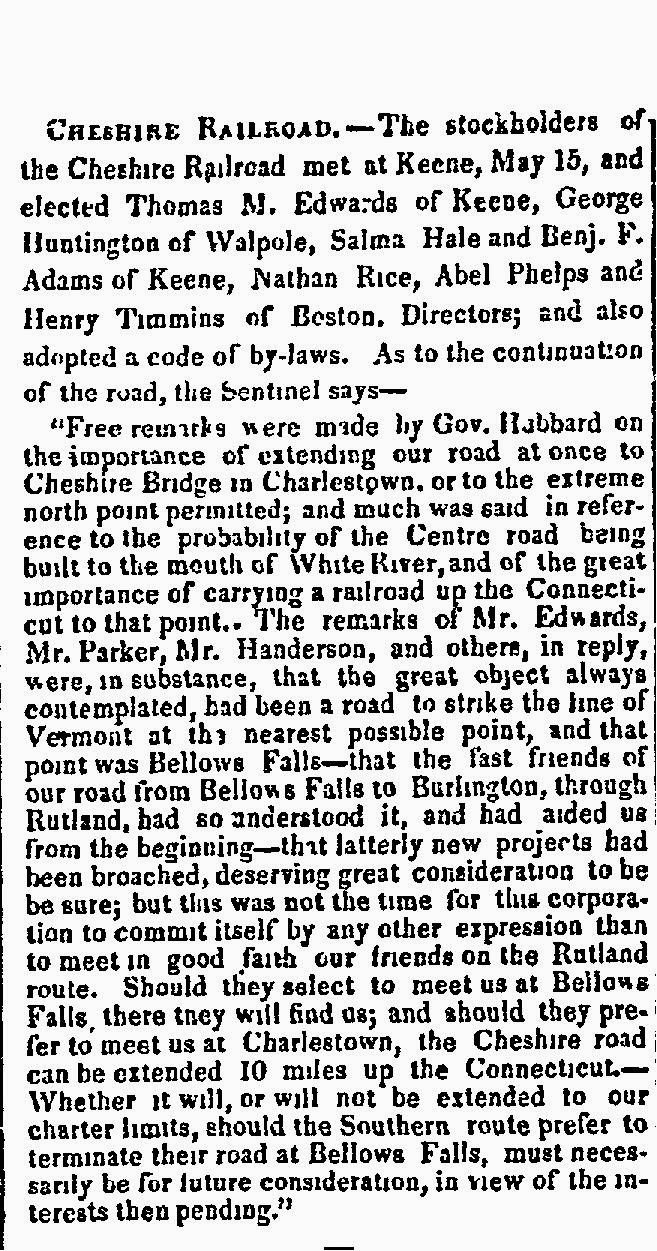 David Wilder book: "The History of Leominster, Or the Northern Half of the Lancaster New Or Additional Grant: From June 26, 1701, the Date of the Deed from George Tahanto, Indian Sagamore, to July 4, 1852"
On the 3d of March, 1842, a charter was granted by the General Court, whereby N. F. Cunningham, a native of the adjoining town of Lunenburg, Abel Phelps and Alvah Crocker, two native sons of this town, but residing, the one in Boston and the other in Fitchburg, together with other business and persevering men, were authorized to construct a rail road from Charlestown through the Northeasterly part of this town to Fitchburg. The capital stock (not to exceed $1,500,000) was taken up, and generally by those who were able to pay, the road was judiciously located and thoroughly made, the land damages were seasonably and honorably adjusted, and in little less than three years, viz: in the forenoon of Feb. 10, 1845, the road was opened, the " iron steed" came puffing, snorting and smoking along, and the joyful sound of the whistle was heard for the first time at the depot in the North Village, by the multitude there assembled as witnesses.
At that moment an important change took place in relation to the temporal affairs of the inhabitants of this town. From that moment we were placed within two hour's ride of the city of Boston. Since then men and their families may breakfast at home, go to the city and transact business, or dine with and visit their friends, and be home to tea. Truly, as was written by another on a very different subject " Old things are passed away: behold, all things are become new." 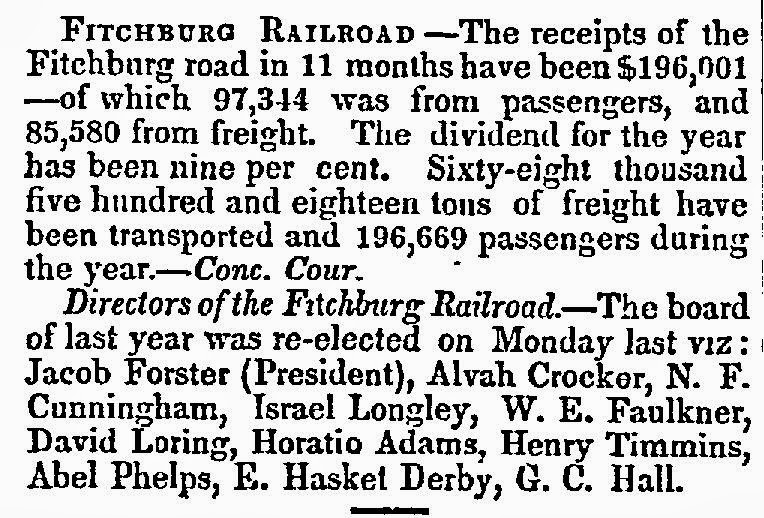 From The New England Farmer, Volume 4 By Thomas Greene Fessenden

real estate of Abel Phelps late of Leominster, dec'sd, in the county of Worcester, as will raise the sum of 1500 dollars, for the payment of debts and charges-—Said estate is pleasantly situated in the north part of said Leominster, on the road to Lunenburg, and would accommodate both the farmer and the mechanic. For particulars, inquire of Wilhingtoo Ic Phelps, Congress street, Boston, of Sumner Phelps living on the premises, or of the subscriber. DAVID WILDER, Adm'r. Leominster, Dec. 6, 1825.
Posted by Melissa Davenport Berry at 4:01 PM