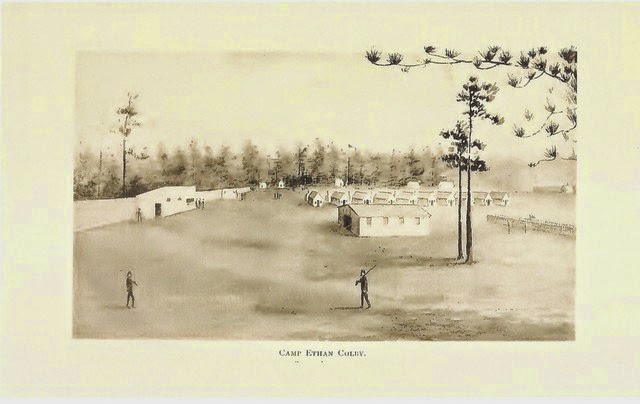 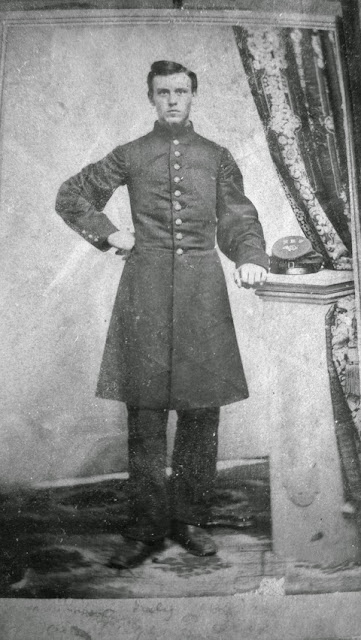 Photo: Don E. Scott (Dave Morin)
See Putting a Face to a Story
From Fredericksburg to The Crater till the war's end, Private Don E. Scott believed God was by his side
Camp Colby
Concord, NH
Sept. 2nd, 1862

I cannot stop to write much this morning only a few words that you may know that I am well. I have been very well with the exception of a large boil on my arm. It is coming to a head now and will be better soon. I have opportunity to come home but will not for I have already bidden the good people of Warner goodbye and don't care to see them till I come home from the war a timeworn and honored patriot. When you come down on Saturday please bring me some money for I want to get several things. By the way there is other money besides the $1.50 offered by the town, which all say I am entitled to. Mr. Dorr offers $5.00, Mr. Ordway $2.00, and some others say $100 to every recruit. Will Father please look into it & get all that belongs to me. I don't think of anything else that I shall want.

Give my regards to all the people who may inquire of me. I promised to write Mrs. Davis but tell her I hardly think I can find time till I get down in Dixie which will be very soon according to all accounts. The Governor has said we must go a week from today. Be sure to come down Saturday.

This in affection
From your son,
Don 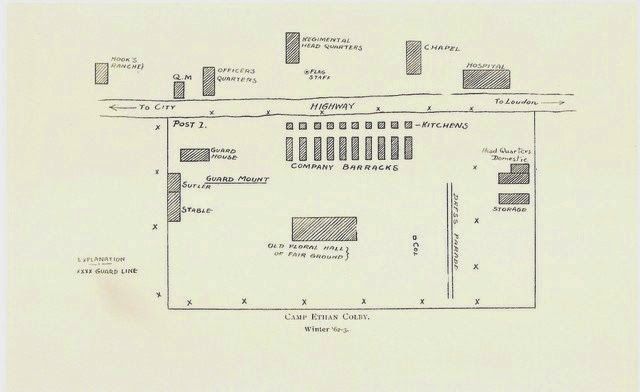 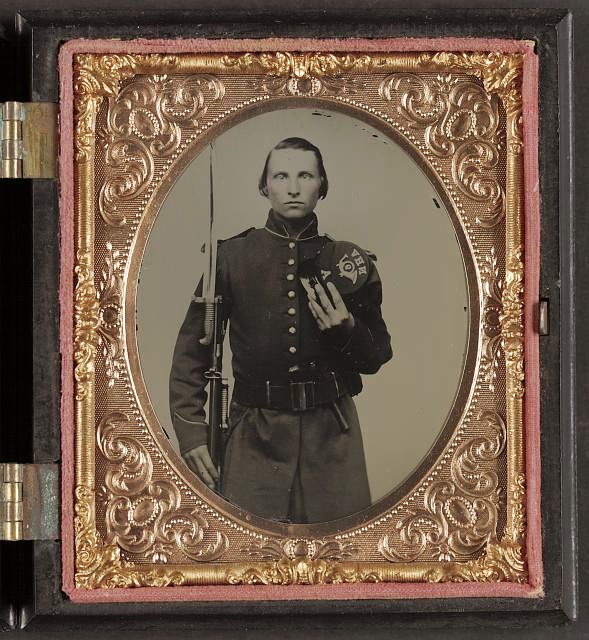 Private Charles M. Judkins of Company A, 9th New Hampshire Infantry Regiment, and Company G, 6th U.S. Veteran Reserve Corps Infantry Regiment with bayoneted musket
Inscription on handwritten note: "To my sister Addie. When this you see remember me from Charles M. Judkins, Co. A, 9th Regt., Camp Colby N.H.V., Concord, N.H."
The Thirteenth was at Camp Colby from September 11-15 to 4 a. m. of October 6. The Thirteenth New Hampshire was organized at Camp Colby, Concord, in September, 1862 Thirteenth Regiment of New Hampshire Volunteer Infantry in the War of the Rebellion, 1861-1865: A Diary Covering Three Years and a Day

Below contains many letters from Camp Colby Posted by Melissa Davenport Berry at 7:51 AM