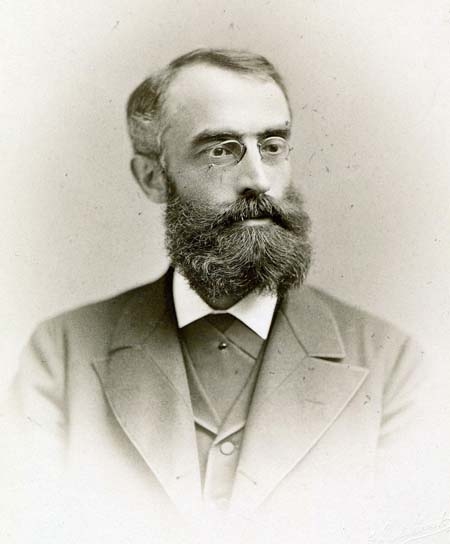 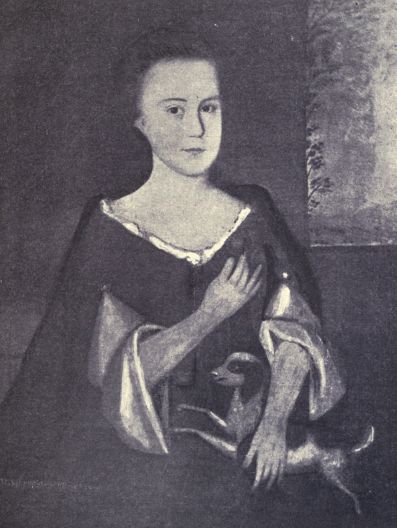 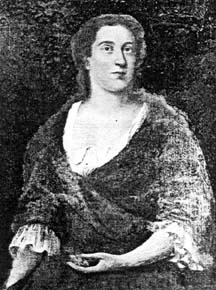 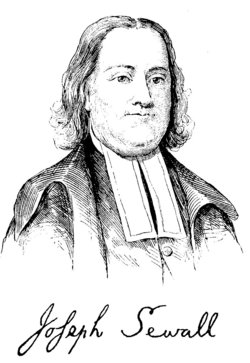 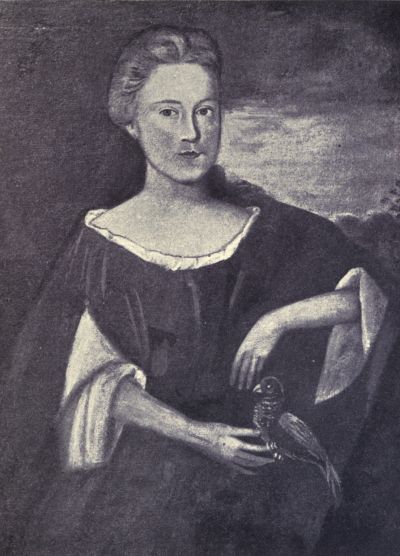 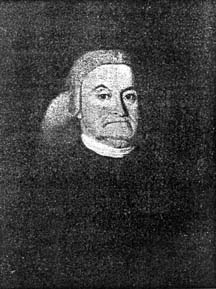 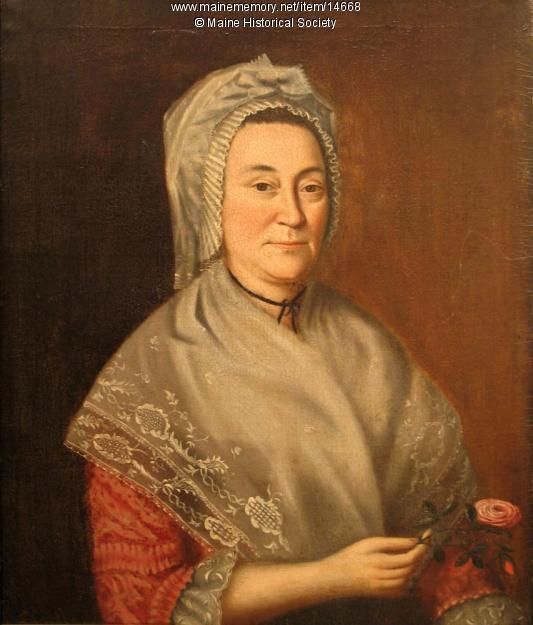 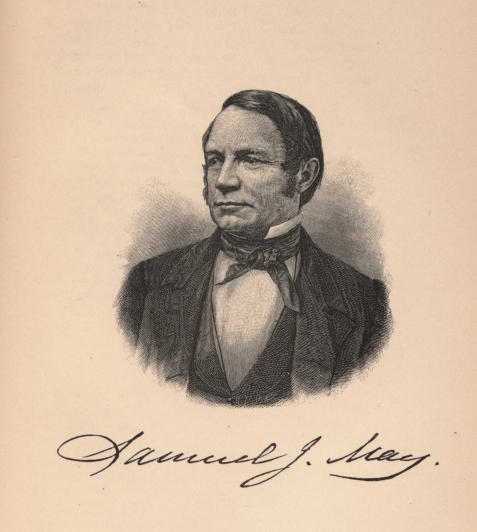 Samuel Joseph May, at age of 50, about 1847--early supporter of Garrison, and senior colleague and confidant. From The Liberator Files Photo Collection

Joseph May received an AB from Harvard in 1857. After several years in Europe, he entered Harvard Divinity School and graduated in 1865. He was ordained by the First Unitarian Church in Yonkers, N.Y., on September 14, 1865, and served this church until September 1867. From July 1868 to December 1875, he served the First Religious Society of Newburyport, Massachusetts.

In January 1876, he became minister of the First Unitarian Church in Philadelphia, which he served for 25 years. After his retirement, he became pastor emeritus until his death on January 19, 1918. In 1886 he helped establish a community center for boys in Philadelphia known as the Evening Home and Library Association. He was a strong supporter of education for African Americans throughout his life. Jefferson Medical College LLD degree in 1887, and  DD degree from Meadville Theological School in 1914.
For more information, see Heralds of a Liberal Faith, ed. by Samuel A. Eliot. Boston: American Unitarian Association, 1910. Vol. 4, p. 186-189. [Cabinet card photo (credit: F. Gutekunst Co., Philadelphia)] Andover-Harvard Theological Library
He published a volume on The Miracles and Myths of the New Testament, two volumes of The Life and Letters of Samuel Longfellow, brother of the poet, as well as a number of pamphlet sermons. 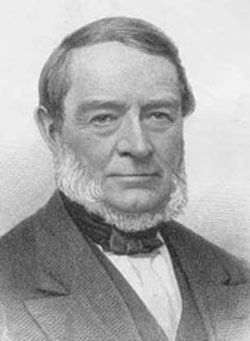 Eastman Johnson, famous genre and portrait painter was brother of Harriet. Eastman was Co-Founder of the Metropolitan Museum of Art, New York City, with his name inscribed at its entrance. Best known for his genre paintings, paintings of scenes from everyday life, and his portraits both of everyday people, he also painted portraits of prominent Americans such as Abraham Lincoln, Nathaniel Hawthorne, Ralph Waldo Emerson, and Henry Wadsworth Longfellow. His later works often show the influence of the 17th century Dutch masters whom he studied while living in The Hague, and he was even known as The American Rembrandt in his day.
Below is Commodore Philip Carrigan Johnson - (father of Vice Admiral Alfred Wilkinson Johnson) was followed by his beloved sisters Harriet, Judith, Mary, Sarah, Nell and his brother Reuben. Eastman grew up in Fryeburg and Augusta, where the family lived at Pleasant Street and later at 61 Winthrop Street. 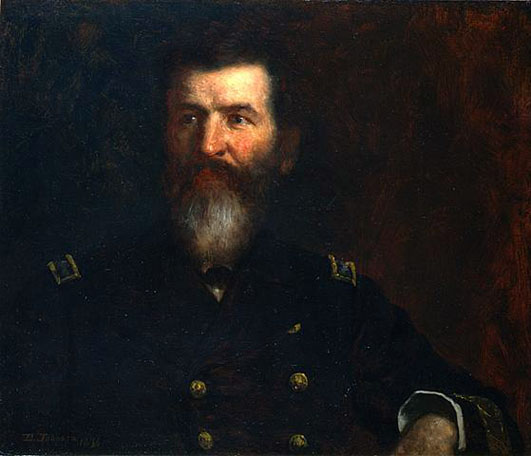 Looking for any information on John Hancock Seal please post or e-mail me. Thanks 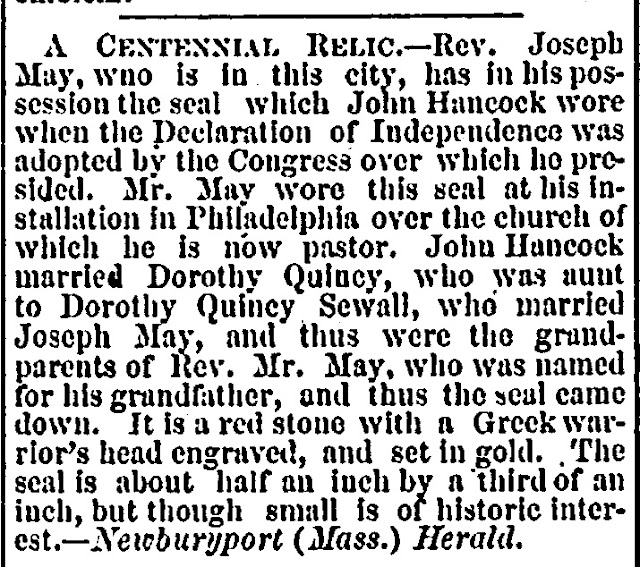 Also noted in Ballou's Monthly Magazine, Volume 55 by George Bancroft Griffith "New England Relics" page 474 1882
At a meeting of the members of the First Unitarian Congregational Society of Philadelphia, held on Wednesday evening, Dec. 8th, 1875, for the purpose of considering the subject of choosing a pastor, it was decided to invite the Rev. Joseph May, of Newburyport, Mass. The Chairman of the Trustees was instructed to notify him of his election, and to ask his acceptance of the position. The invitation and acceptance were communicated in the following correspondence:
Mv Dear Sir:
At a meeting of our Unitarian Society on Wednesday (yesterday) evening for the purpose of deciding whom we would invite to become the settled pastor of the Society, the choice, after an informal ballot, fell, on a regular vote, by a large majority, on you. The Chairman of the Trustees was thereupon instructed by vote to inform you of the action of the Society, and to invite you to become its settled pastor, at an annual salary of four thousand dollars. On behalf of the Society, I therefore give you this " call," and I will only add, that
in doing so, I have personally great satisfaction.
Very respectfully yours, Henry Winsor
Chairman of Trustees. Rev. Joseph May, Newburyport.
Dec. 16th, 1875. Henry Winsor, Esq.,
Chairman of Trustees, Unitarian Church, Philadelphia.
Dear Sir:
I now respectfully inform you that I accept, with high appreciation of the honor done me by their choice, the invitation of your Society to become their minister.

I do so with unfeigned diffidence also, and under a sense, almost oppressive, of the responsibilities I incur. I am, indeed, upborne by the cordiality with which I am invited to the service, and by my assurance of the many encouragements which will certainly attend my efforts. But I feel deeply that I need abundantly the blessing of God upon me in accepting such a trust, and that only by His help, for which I pray, can I hope to be equal to my task.

May I, as I proceed, inherit some portion of the spirit of your late pastor—honored and beloved by me, as by yourselves—whose relation to you can only in form be severed, and whose affectionate welcome of me as his successor renders the prospect of taking up the responsibility he has well earned the right to lay down, so peculiarly inviting.

With earnest prayers that I may be enabled to attain to even a degree of that which your people doubtless hope for in me, and that the best interests of the Church may be prospered in our united hands, I remain, with most agreeable personal anticipations.

Faithfully yours, Joseph May.

INSTALLATION OF REV. JOSEPH MAY. 9

Accordingly invitations were sent only to the two Societies over which our pastor-elect had previously been settled---the Unitarian Society in Yonkers, N. Y., and the Society in Newburyport, Mass.; also to the Unitarian Societies in Wilmington, Del., and in Baltimore, asking them to be represented by pastor and delegates, and to the pastor and members of the Society in Germantown, which we consider the child of our church.

At the hour appointed the church was filled with an eager and deeply interested audience. The edifice was beautifully decorated under the supervision of some of the ladies of the Society. Festoons of laurel, evergreen and smilax were hung from the ceiling along the front of the Pulpit. The pillars on either side were arrayed in ascending terraces with ferns and flowers, while in front, covering the communion table and all the approaches to it, were arranged growing tropical plants, amid a profusion of other natural flowers.

The music was excellent,—the organ under the charge of the organist, Mr. William H. Dutton, being accompanied by a piano, a violoncello, and the regular quartet choir of the church, increased for this occasion by an additional quartet from the Cathedral and other churches.

The services continued until ten o'clock, after which the guests of the Society, with the Trustees and their families, attended a reception given by Dr. and Mrs. Furness at their residence.

THE RECEPTION ON THURSDAY EVENING.

On the following evening Mr. and Mrs. May received their friends at the house of Mr. James T. Furness, No. 1420 Pine Street—Mr. and Mrs. Furness having kindly placed their parlors at the disposal of the Trustees. Invitations were sent to all who are members, or who have been accustomed to worship with the Society—extending to them a cordial invitation to come. Essex-County Conference of Liberal Christian Churches. Organized Dec. 11, 1866, at Salem, Mass. Officer-Vice President.
Posted by Melissa Davenport Berry at 6:24 AM