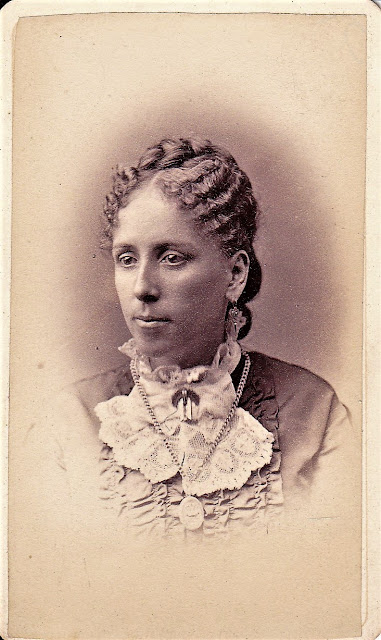 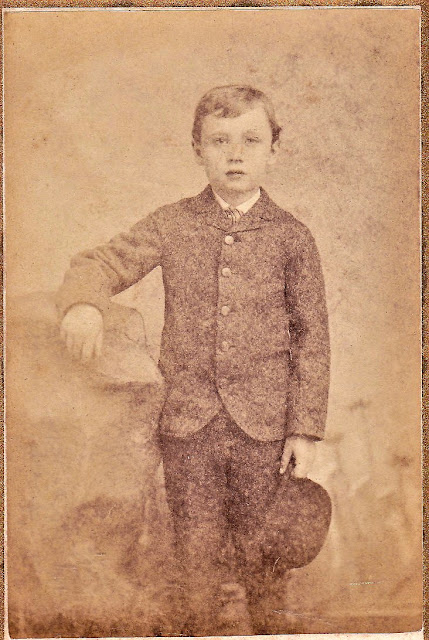 Stanley H. Coffin Son of Clarence Coffin 1875-1952 and Eudora Bassett. Born in Boston, Married Esther Smith Coffin in 1902 and had one daughter Irma B Coffin 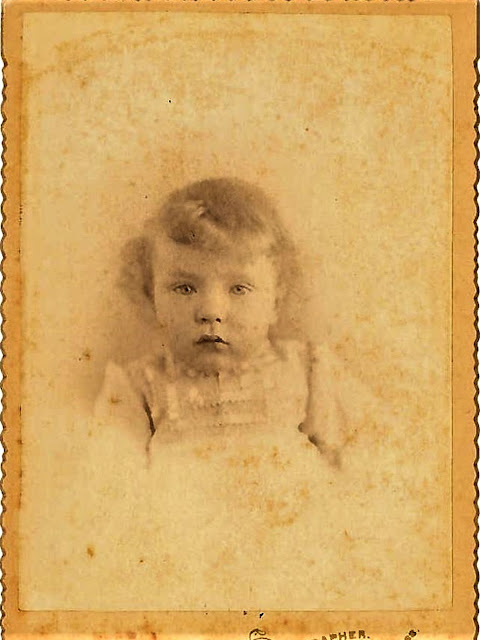 Irma B. Coffin 1908-1942? Daughter of Stanley Coffin and Esther Smith Coffin. She lived in Boston up to 1942 and no record of marriage of children. 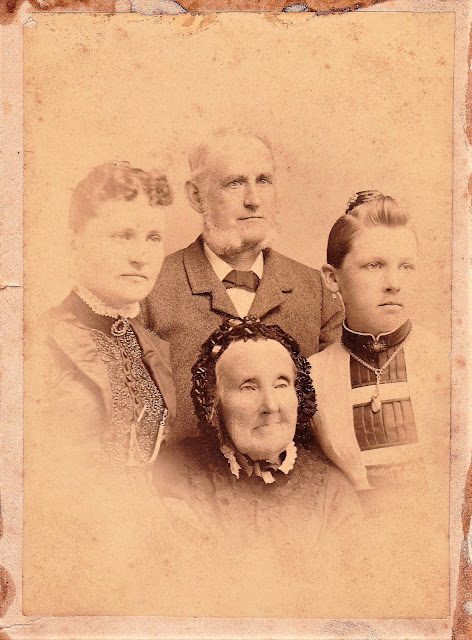 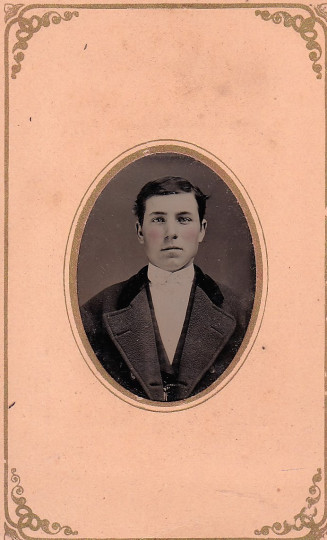 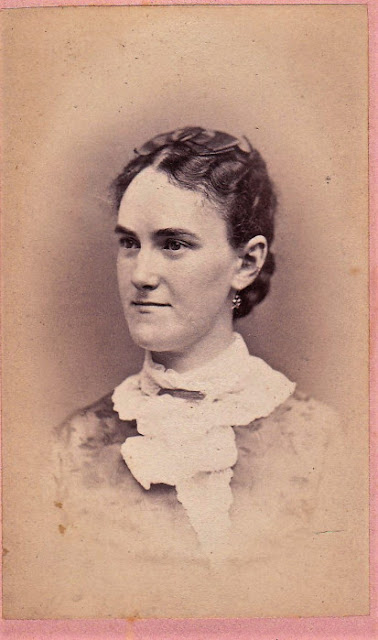 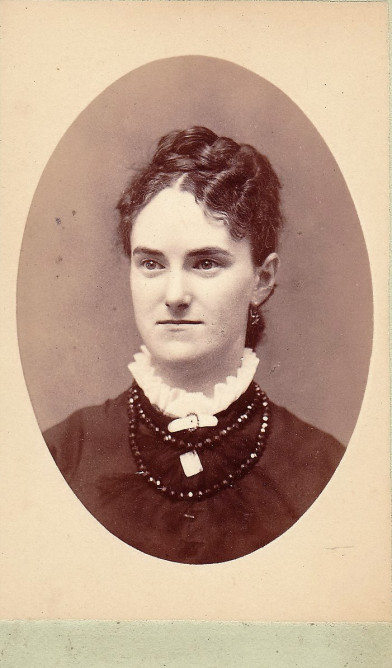 Two Photos of Esther Coffin 1854-1907, daughter of Joseph Coffin and Elizabeth Gorham. Born and Died in Barnstable. She also did not marry. 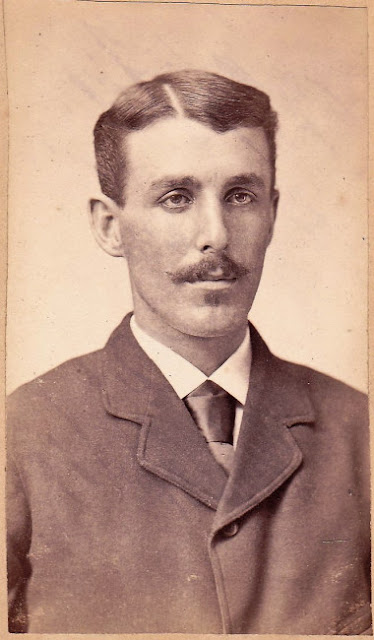 Edgar Homer Coffin 1859-1949 born in Barrington NS to Thomas Homer Coffin and Sarah Doane. He moved to Boston in 1859.  He married Eva Crowell in 1859 she died in 1907 they had no children, He later married 2nd Henrietta Burbridge in 1909 and they also had no children. 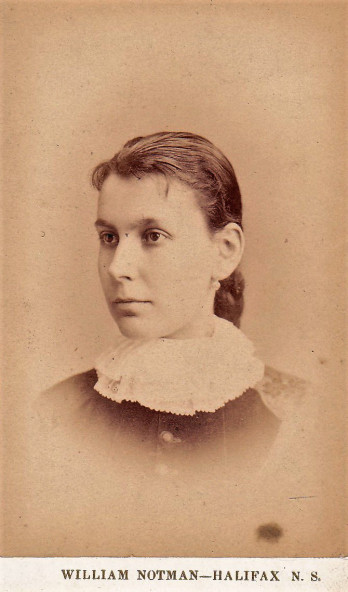 Ella Sarah Coffin 1866-1886 daughter of Thomas Homer Coffin and Sarah Doane. She was born in Barrington NS and did not marry.


Below Photos of The MAYO Line 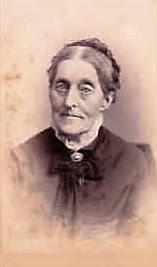 Elizabeth C. Mayo 1806-1880 she was the daughter of Herman Mayo and Elizabeth Crosby of Eastham MA. She married Nathan Smith Knowles in 1829 and together they had 11 children. She died in Eastham in 1880 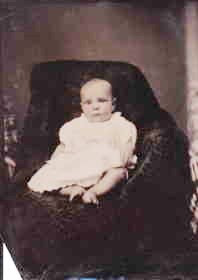 Elizabeth Mayo 1864-1933 she was born in Provincetown MA to Joseph Mayo and Eliza Turner. She married Augustus Aiken in 1885 and had 2 children. she died in Saugus in 1933. 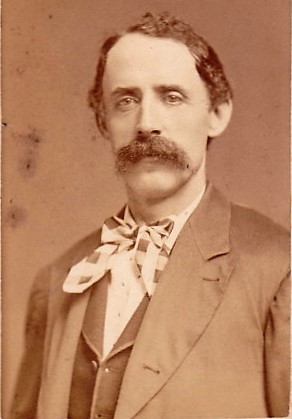 Elisha Cobb Mayo 1848-1899 Born in Eastham to Matthew Mayo and Martha Snow. He married Louise Doane Brown in 1868. He was a life long Cape Cod fisherman. He and his wife had no children. 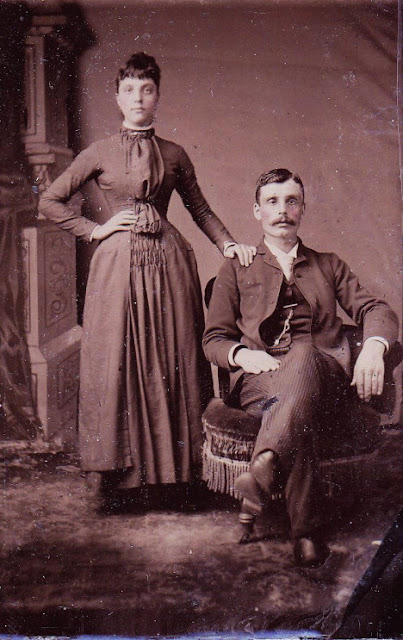 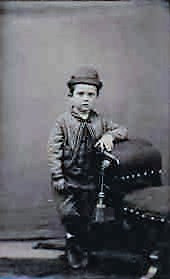 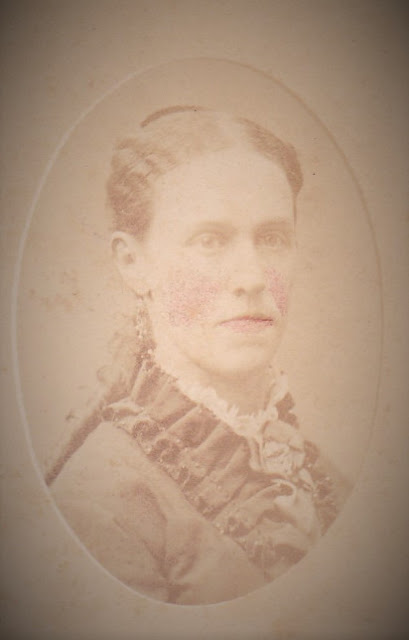 Marietta Mayo 1836-1879 born in Brockton MA to Watson Gould Mayo and Elizabeth Cambridge. She married a shipping merchant Thomas S. Knowles in 1866 and together had 3 children. 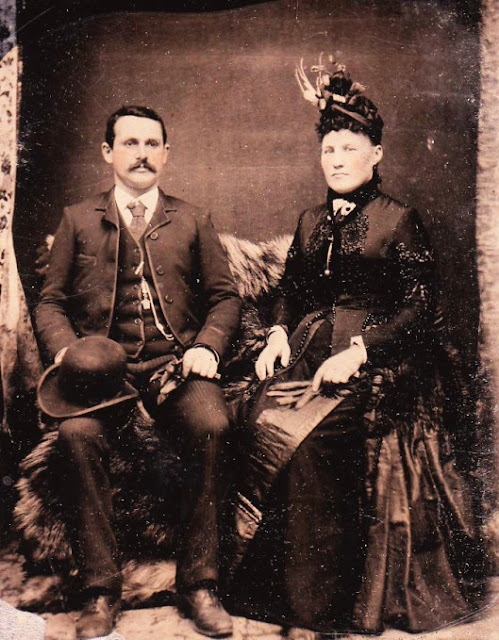 John Mayo 1833-1900 and Ellen Commons 1834-1890. He was born in Provincetown to Joshua Atkins Mayo and Elizabeth Small. She was born in Ireland to Robert Commons and Alice Dunn. John and Ellen married in 1855. The later moved to  Big Stone Minnesota where he worked as a farmer. Ellen and John had 1 daughter Adelaide. 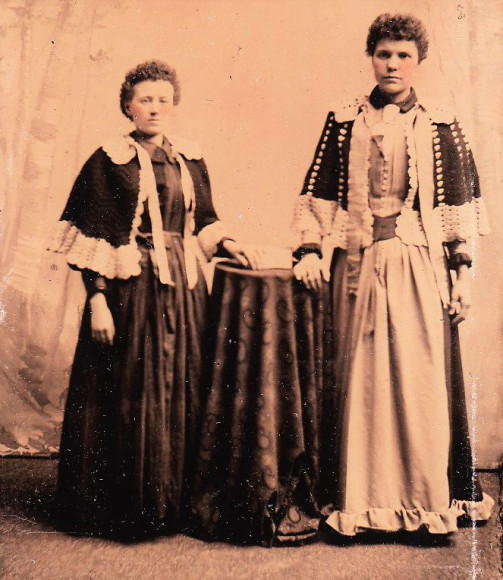 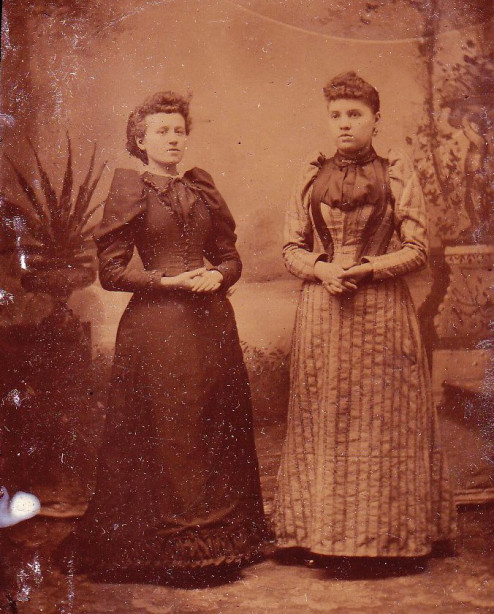 Izetta Mayo 1854-1873 Georgiana Mayo 1850-1932 they were the daughters of Isaac Mayo and Esther Small of Truro MA. Izetta married a sailor, Richard Arrow Smith Rich in 1872. The had one child before her death in 1873. Georgiana married a insurance salesman, Wallace Collins in 1881 they later moved to Orange NJ. They had no children. 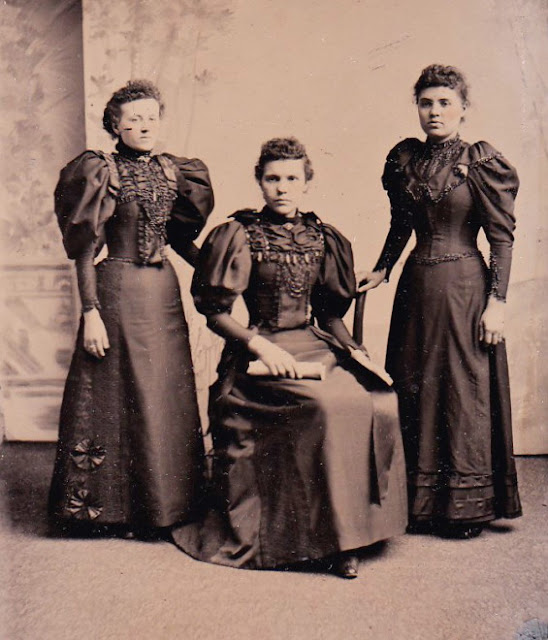 Izetta Mayo, Geogianna Mayo (see above) and their cousin Adelaide Mayo 1856-1945. Adelaide was the daughter of John Mayo and Ellen Commons of Provincetown. She married Johnathan Sparrow Jr. in 1878 and they had 8 children. 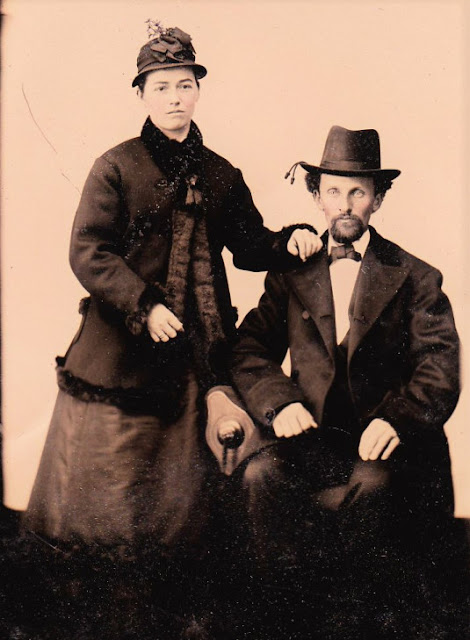 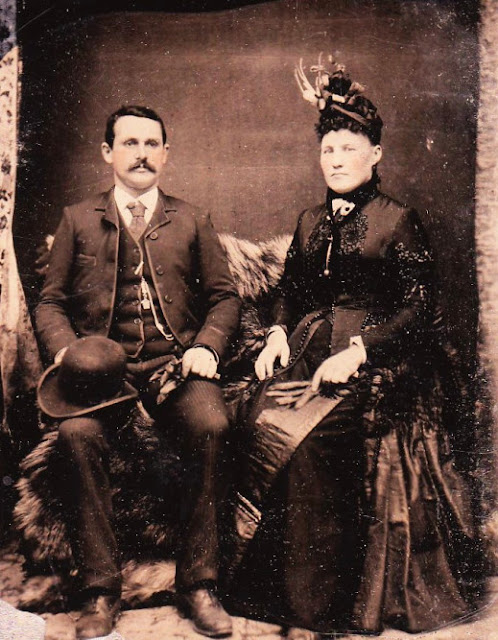 Isaac Mayo 1826-1912 and Esther Small 1820-1914. He was the son on Joshua Atkins Mayo and Elizabeth Small. She was the daughter of Nathaniel Small and Peggy Goddard. the married in 1848 and had 4 children. Isaac was a surfman of the United States Life Saving Service (pre Coast Guard)
On April 4, 1879, he led multiple and eventually successful efforts to rescue seamen stranded in an offshore wreck at the height of a violent storm.
The schooner Sarah J. Fort was wrecked on a sandbank just off Cape Cod Initial attempts to row a rescue boat out to the wrecked and disintegrating schooner failed, with two boatmen lost overboard. By the time the tide had gone out the initial rescue crew was exhausted, and Mayo was part of a second boat crew. The boat was swamped and wrecked. Mayo rallied and led a third rescue attempt in a smaller rescue boat that was ultimately successful at rescuing the last four survivors of the schooner’s crew.
To honor his bravery and leadership, the Life-Saving Service honored Mayo with a Gold Lifesaving medal The Humane Society of the Commonwealth of Massachusetts awarded Mayo and the rest of the rescue boat’s crew Silver Medals.[7] As the captain of the rescue boat, Mayo was also awarded what the Humane Society called a “Diploma.”
Esther and Isaac later moved to Oriska North Dakota where he took up farming. In 2010 the Coast Guard named one of their new Sentinel cutters after him. 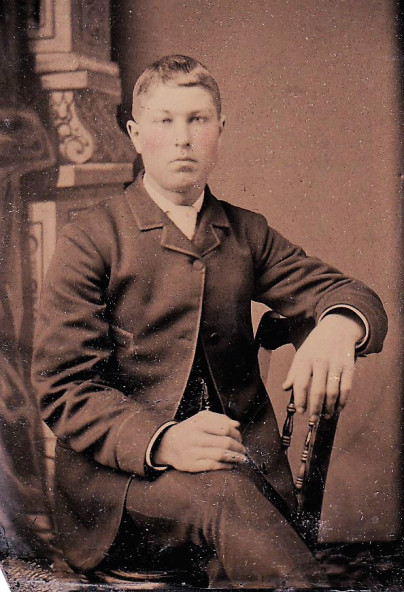 Herman Lester Mayo. He was born in Provincetown to Joseph Mayo and Eliza Turner. He marries Annie McKenzie in 1887 and had 4 children He was employed as a lifelong Cape Cod fisherman. 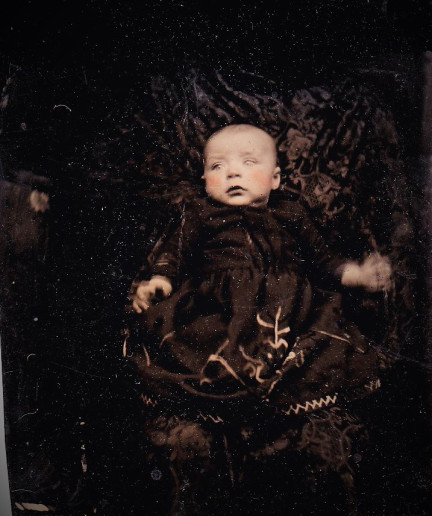 Betsy Mayo 1860-1931. She was the daughter of Joseph Mayo and Eliza Turner of Provincetown MA She married Hollis Perkins a sailor from Maine 1880. 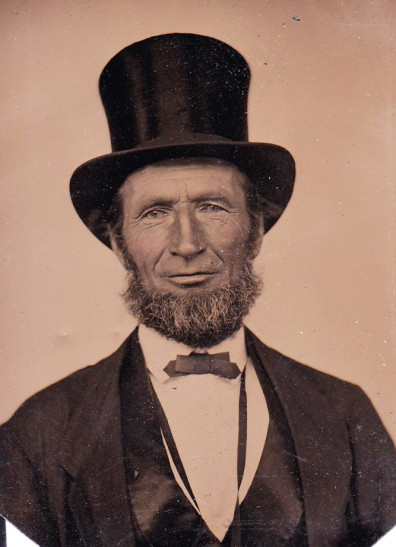 Stephen Atwood Mayo 1796-1876 He was the son of Joshua Atwood Mayo and Martha Nickerson of Provincetown MA. He married Jerusha Sawtell in 1824 and had 5 children. 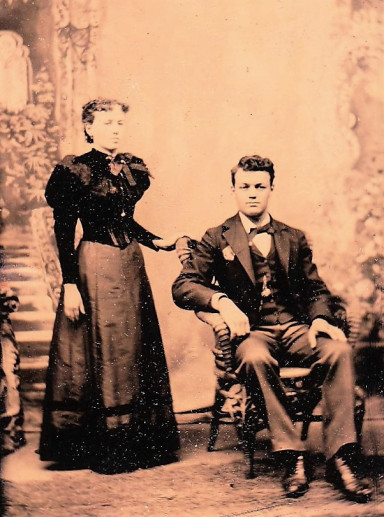 Reuben Mayo 1840-1916 and Selina Doggett 1846-1914. He was the son of Matthew Mayo and Martha Snow of Eastham MA. She was the daughter of Lathrop Doggett and Janet Huphman of Liverpool Nova Scotia. They married in 1869 and had 4 children. 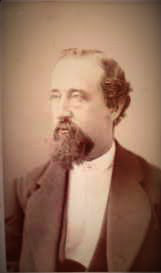 Matthew Frank Mayo 1840-1916. He was born in Eastham and was the son of Matthew Mayo and Martha Snow. He married Sarah Brown in 1870 and had 3 children. He was a lifelong fisherman.

Mary Malvina Mayo 1841-1892. She was born in Eastham MA and was the daughter of Matthew Mayo and Martha Snow. She married Henry Harrison Paine, a sailor from Wellfleet in 1862 and together had 1 child. 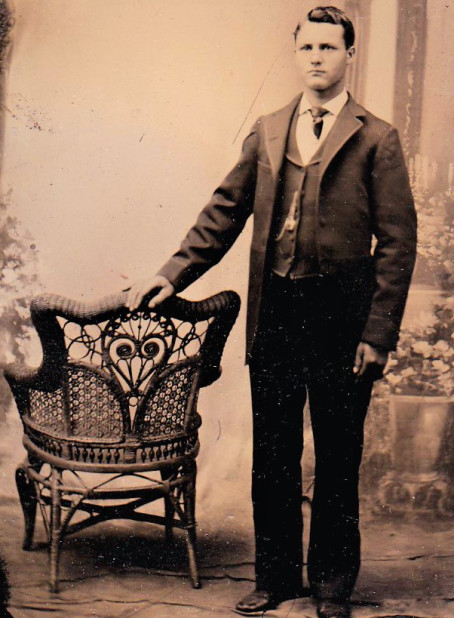 Joseph A Mayo 1822-1886. He was born in Provincetown to Joseph Mayo and Eliza Turner. He was a lifelong fisherman. He married twice once to Adeline Sears in 1885 and they had one son Charles and again to Elizabeth Young in 1901 they had no children.
Posted by Melissa Davenport Berry at 7:27 PM