My story in Newburyport News with added news clips and pictures 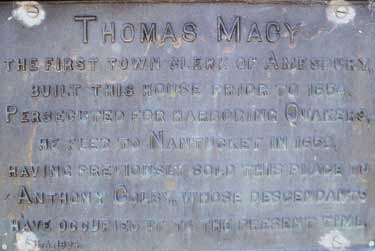 Powow preacher spats with Puritans
During preparations for a visit to the Macy-Colby house in Amesbury next month, research led to some intriguing court documents that divulge the spiritual squabbles surrounding Thomas Macy, the first to occupy the dwelling in 1649.

Although listed in early deeds as a “merchant” and “Clothier,” Macy’s “great energy and determined will” earned him multiple positions of rank including that of town clerk, deputy to the General Court, and overseer of highways and schools. Macy also received a grant for a sawmill on “the west side of the Powow, with the privilege of using all the timber on the common.”

By all accounts, Macy appeared to be a golden boy with the Puritan power heads, except on matters of prayer. In fact, he openly defied them by preaching with Joseph Peaslee in separate assembly from the authorized Sabbath. This did not go over well with Puritan officials, who deemed it “unfit preaching” and charged the two provocateurs with “exhorting the people on the Sabbath in the absence of an ordained minister.” The General Court had passed a law in prohibiting preaching “except by leave of the authorities.”

Since Master Macy was not the sort of fellow to be trifled with, he made it very clear that his faith would not be dictated to him and “Brother Peaslee, brave confessor” was not about to rob followers of “gifted” sermons. This surge of passion animated another pet of the Puritan fold, Robert Pike, who held high public offices.  Picture of Pike below 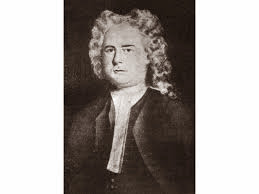 Pike spoke out against “restraining unfit persons from constant preaching” and engaged on a crusade against the civil tribunal, asserting they “had violated their oaths as freeman; that their act was against the liberty of the country, both civil and ecclesiastical, and that he stood ready to make his declaration good.”

The provoked court arraigned the “culprit who thus dared to insult their majesty.” A series of petitions were filed to release Pike from his charges. Notables from several towns signed, and the court ordered commissioners to gather “incorrigibles” to give reason on why they were “induced to subscribe” to such a defiance. Pike waged on, accusing the leaders of “assailing magisterial authority and dignity.”

Certain commissioners who sided with Pike, such as Thomas Bradbury and William Gerrish, retracted to avoid trouble with the boss-men magistrates. Most became “refractory spirits” and were fined for turning on God’s chosen officials, but 15 men stood their ground after the officials finished their hunt.

Here are a few of the loyal souls who held up their conviction to the court: John Bishop “desired to go to the meeting house and turned his back and went away” (QC 1:367). John Emery and John Bond refusing to comply and did so in “a bold, flouting manner.” Benjamin Swett replied, “Every free subject hath liberty to petition for any that had been in esteem, without offence to any; and the petition itself hath answer in itself sufficient.” John Wolott agreed if he “be called to [a higher] power to answer, he will then answer and so went away very highly” (368).

In 1657, Macy found himself in further turmoil for sheltering traveling Quakers in his barn during a fierce rain storm. For this brief hour of gracious harbor he was ordered to appear in court, but he sent the officials a letter instead.

In 1658, “certain inhabitants” (Macy and Peaslee) filed a petition to break off from the official church of Reverend Worcester, but it was denied. The court demanded attendance to the true fellowship, and fines were issued to the flock of dissenters for “slighting and neglecting the order” and “disorderly practices.” However, Peaslee preached on as the “Come-outer,” and Pike, “the moral and fearless hero of New England,” fought injustice against Quakers and accused witches.

Macy sought religious refuge on a voyage recalled in Whittier’s poem, “The Exiles.” Macy legend states that his wife, Sarah, pleaded with him above the cries of their five tots to curtail his warrior spirit and sail away from an evil storm brewing, but he just replied, “Woman, go below and seek thy God. I fear not the witches on earth, nor the devils in hell.”

The crew made it to safety to Nantucket, where Macy took an active role in negotiating the purchase of the island.

Although Macy was accused of skirting the Mass Bay despots, this sturdy pioneer preacher consciously chose not to accept laws that openly engaged in religious persecution.

With that said, no one could accuse this pulpiteer of missing his true calling where “charity and freedom dwell,” so “Let the dim shadows of the past” be a reminder for today. 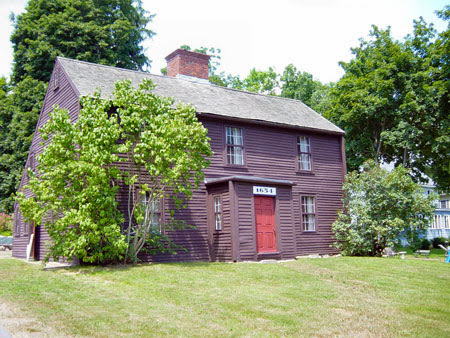 Links and sources to check out
History of Essex County, Massachusetts: With Biographical Sketches, Volume 1 edited by Duane Hamilton
Proceedings of the Annual Meeting of the Nantucket Historical Association
Thoughts and Experiences in and Out of School By John Bradley Peaslee
The New England Magazine, Volume 22Genealogy of the Maulsby Family for Five Generations, 1699-1902: Compiled by Careful Research Among Quaker, Government and Family Records by Patty Payne
The Essex Antiquarian, Volume 8 edited by Sidney Perley
Genealogy of the Macy Family from 1635-1868 By Silvanus J. Macy
Away Off Shore: Nantucket Island and Its People, 1602-1890 By Nathaniel Philbrick
The Successful American, Volume 1, Part 1 - Volume 2, Part 1
The Coffin Family: The Life of Tristram Coffyn, of Nantucket, Mass., Founder of the Family Line in America; Together with Reminiscences and Anecdotes of Some of His Numerous Descendants, and Some Historical Information Concerning the Ancient Families Named Coffyn
Nantucket Genealogies By Alexander Starbuck
The New Puritan: New England Two Hundred Years Ago: Some Account of the Life By James Shepherd Pike
Early Settlers of Nantucket: Their Associates and Descendants edited by Lydia Swain Mitchell HinchmanGenealogical and Personal Memoirs
The Old Families of Salisbury and Amesbury, Massachusetts By David Webster Hoyt
The Churchman, Volume 39
Nantucket Historical Commission
Miner Descent
Pike Family
Coffin Family Story
Coffin Family History
Lucrtia Mott Coffin

ALL ARTICLES PDF CAN BE SENT VIA EMAIL

The Settlement Of Nantucket 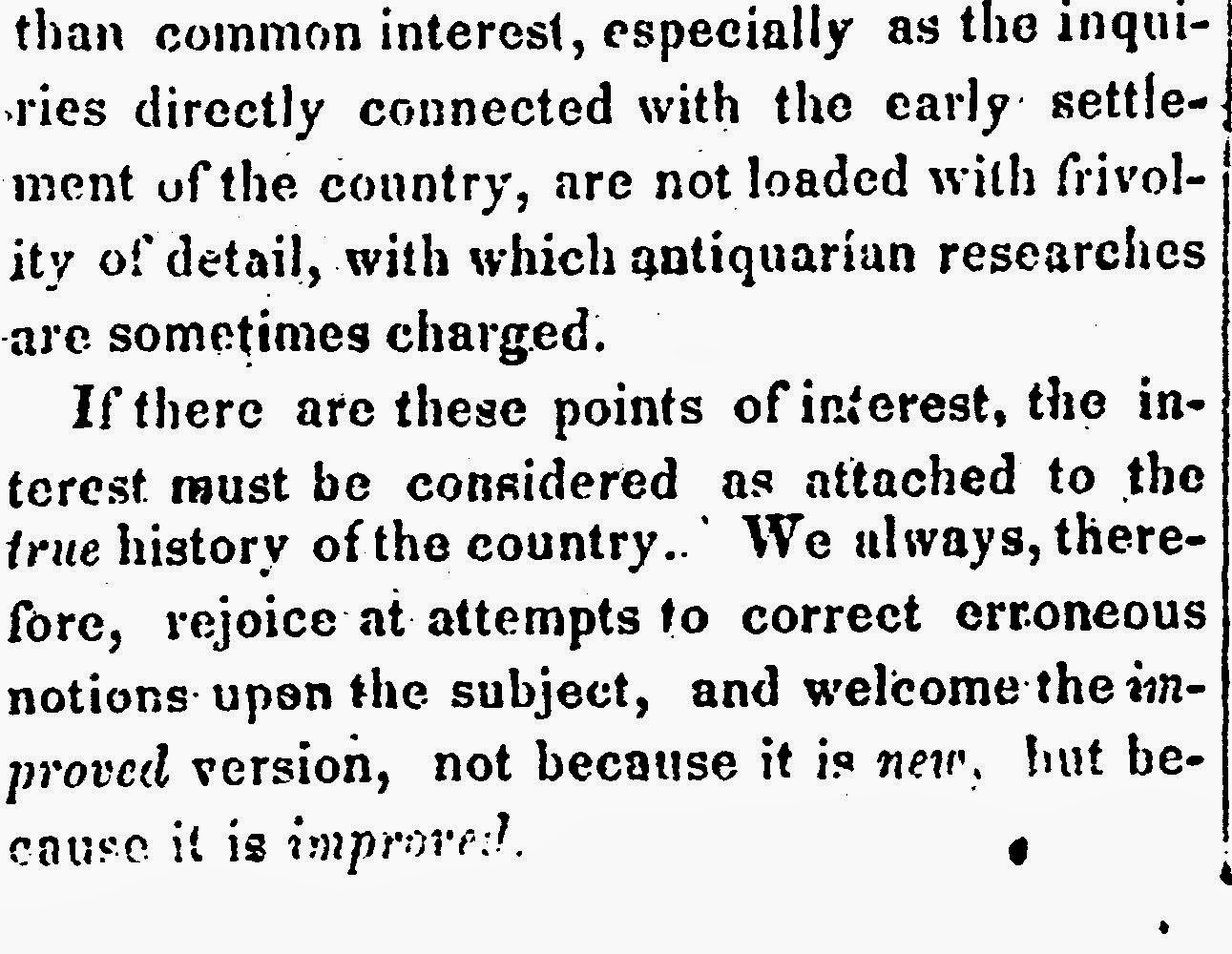 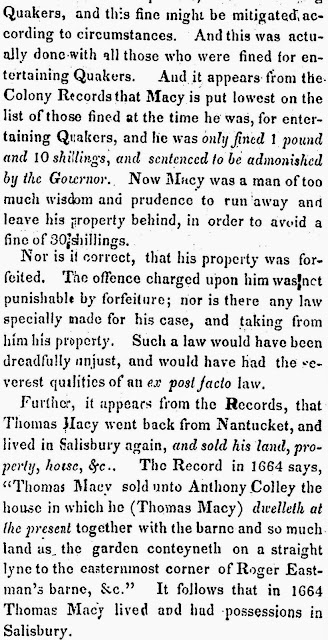 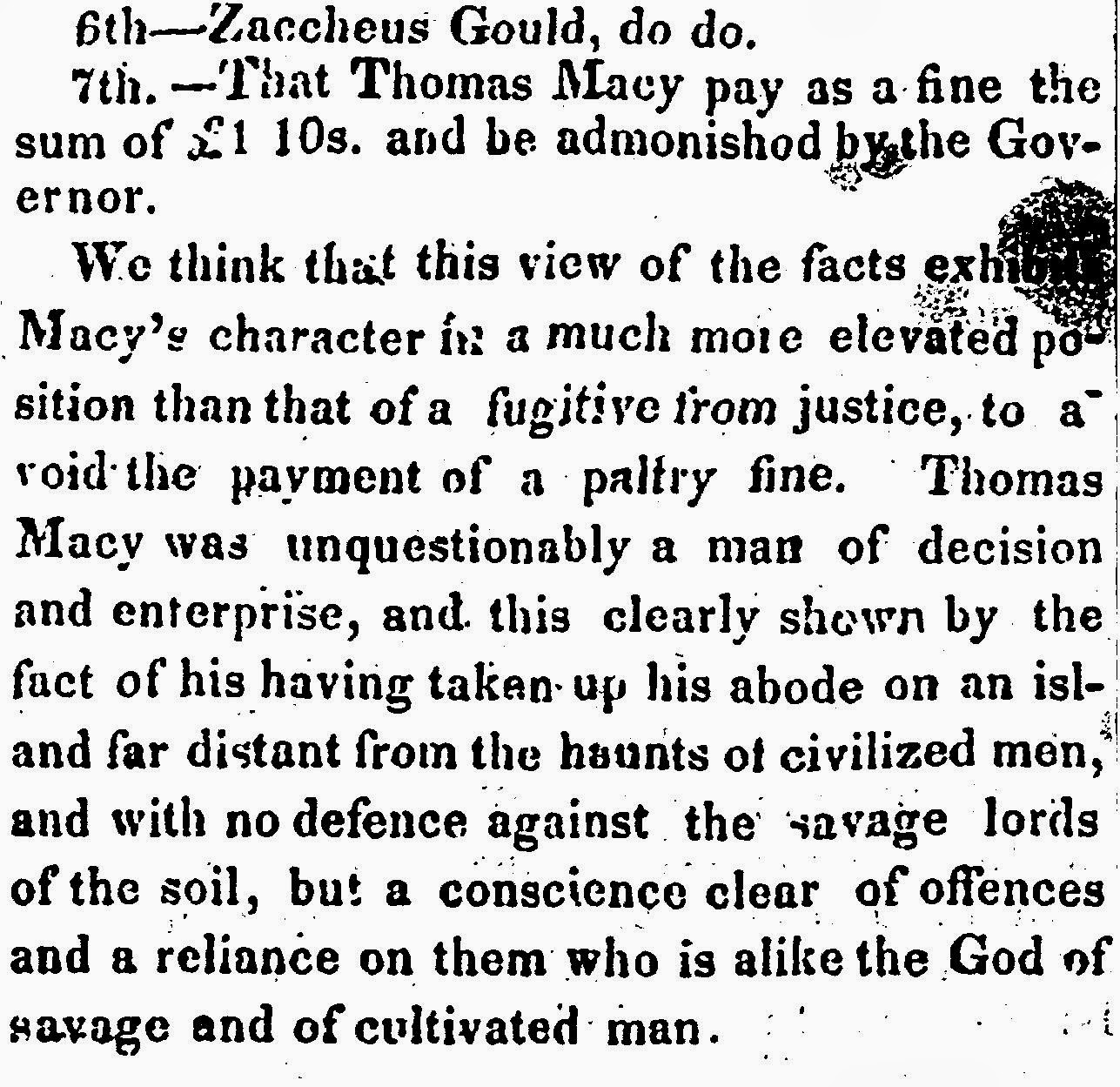 The First White Settler in Nantucket 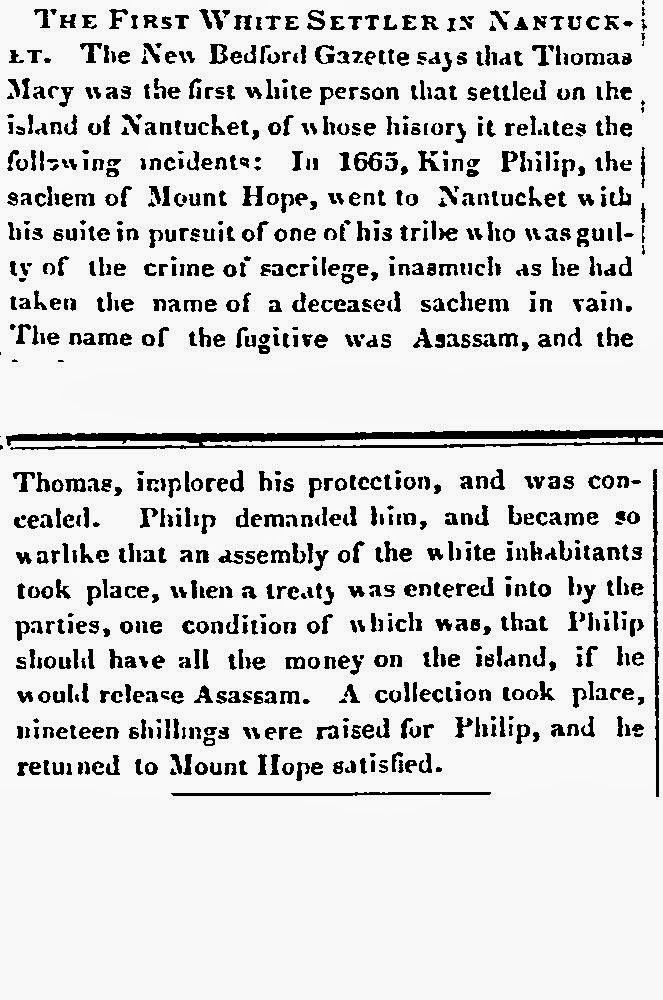