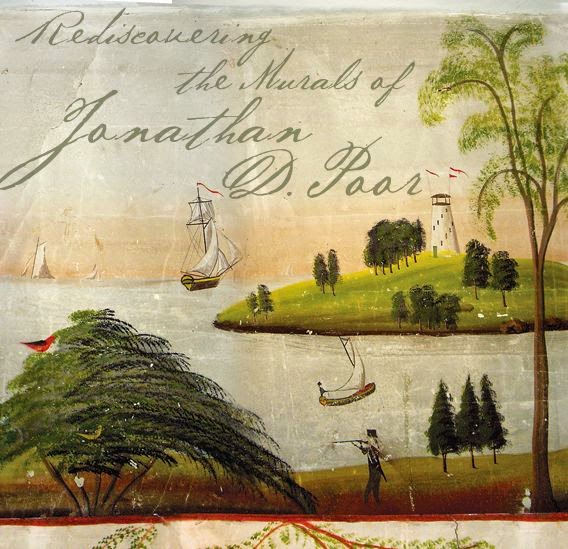 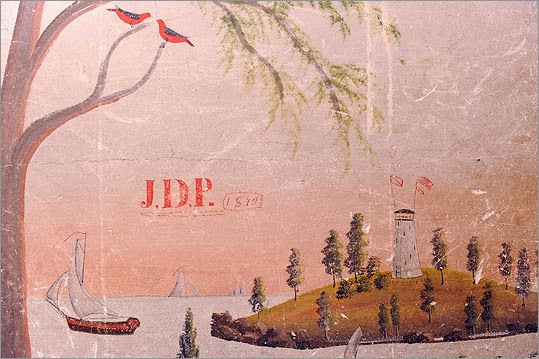 Click to read article Murals on walls of Maine home 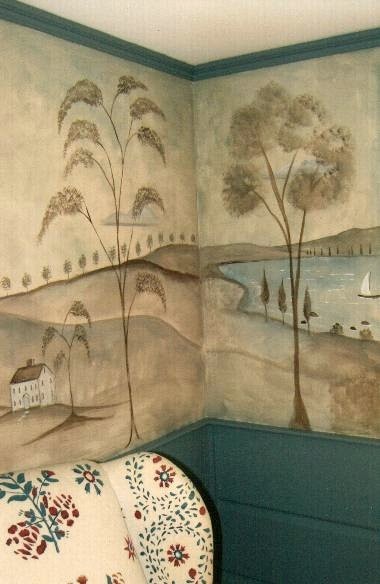 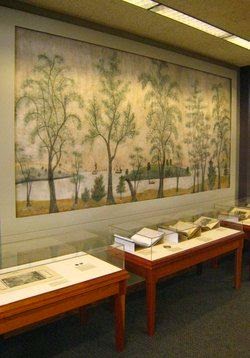 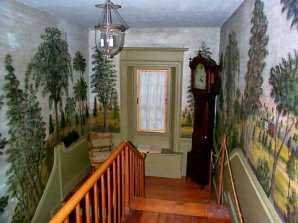 Mural at the Mason House via the Rufus Porter School painted in the mid-1830's by Jonathan Poor, nephew of Porter.
Bethel Historical Society
Nine rooms in the front portion of the Mason House now appear much as they did during the occupancy of Dr. Moses Mason (1789-1866) and his wife Agnes M. Straw (1793-1869).  These rooms contain a wide variety of eighteenth and nineteenth century examples of the decorative arts, many of which are original to the house.  Other furnishings from the Society's permanent collection are also on display throughout the various rooms.  The most captivating feature of the Mason House is located in the front hallway, which contains Rufus Porter School wall murals—on the upper and lower floors—painted during the mid-1830s and attributed to Jonathan D. Poor, nephew of Rufus Porter.  Depicting distant seascapes and engaging landscapes with lush foliage, these intriguing examples of American folk art have been painstakingly cleaned so that modern-day visitors can view them much as they looked during the Masons' era.
Posted by Melissa Davenport Berry at 10:29 PM